How Jaqueline’s Promise and Persistence Paid Off 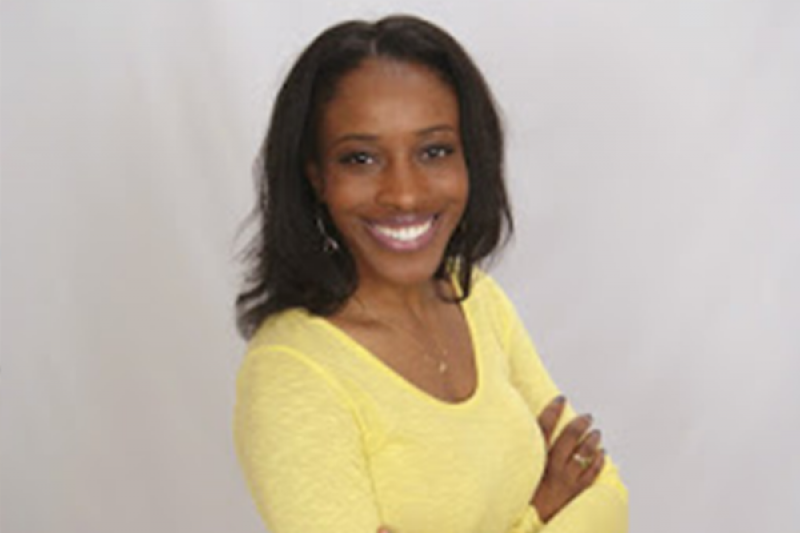 This wasn’t supposed to happen. Jacqueline Smith was 21-years-old, graduating from college with the world in front of her. “I was young and excited to start my life,” Jacqueline says. There was, however, a persistent lump that continued to grow. Despite being told by her college health clinic that it was nothing, Jacqueline followed her gut and kept pushing for an answer. When she got it, it was the last thing in the world she expected: stage 3 melanoma.

And at the time, treatment was harsh and toxic and clinical trials for melanoma were rare—so rare, in fact, that when Jacqueline told her doctor about her hopes and dreams for the future, her doctor told her they likely wouldn’t happen and that she should re-evaluate her plans.

It was surreal. To Jacqueline, melanoma was supposed to be a disease that older, white women got, not 21-year-old African Americans. “In sunscreen commercials, you never see people of color. People often think having more melanin makes them from developing melanoma. But they’re wrong,” Jacqueline says.

Once the lump, a lymph node, was surgically removed, Jacqueline’s scans were promising and showed no other signs of cancer. Since she was otherwise young and healthy, she was told to wait and see.

Four years later the very same signs with the very same lump in the very same place came back. “It was like Groundhog’s Day,” recounts Jacqueline. And the biopsy results were the same as well: stage 3 melanoma. This time, Jacqueline was told it would be a miracle if she lived another five years.

During this recurrence, Jacqueline consulted a plastic surgeon in New York City. She recalls the encounter vividly, “He told me, ‘If you were my daughter, I would take you to Moffit Cancer Center, so that’s where I suggest you go and if you are ever offered a clinical trial, promise me that you’ll take it. That is going to give you your best chance for overall survival.’” Jacqueline admits that if she hadn’t made that promise, she might not have enrolled in a clinical trial and may not be where she is today. At the time she wasn’t very familiar with clinical trials and worried she may be given a placebo.

Buoyed by her promise, however, Jacqueline went to Moffit Cancer Center in Tampa, FL where she saw Dr. Vernon K. Sondak, melanoma specialist and Chair of the Department of Cutaneous Oncology. Jacqueline had all of her pelvic and inguinal lymph nodes removed and she was fortunate to qualify for a clinical trial. She was one of the first participants in the PEG-Interferon clinical trial in the country. Following the trial, Jacqueline underwent four months of radiation.

Jacqueline would ask her parents, “Why me? Why did this have to happen to me?” Her parents would tell her, “Why not you? Something happens to all of us. Now you know your something.” Jacqueline admits to having moments of anger and pity but that at some juncture, there’s the need to dust yourself off and keep moving. So that’s what she did.

Jacqueline wants to increase awareness of and enrollment in clinical trials so that others can benefit in the ways she has. “It’s important that people participate because we need representative samples. One issue is that racial and ethnic minorities don’t participate as much so there is data that’s not being collected and there’s connections that aren’t being made,” says Jacqueline. “Clinical trials may be their chance to living a better, longer, and improved quality of life.”

That’s certainly the case for Jacqueline, who is living the dream she was told was too ambitious to achieve with her diagnosis: her Ph.D.  Jacqueline is studying the survivorship experience of women with melanoma before the age of 30—hoping to fill the research void she discovered during her own treatment experience. The research has been both eye opening as well as validating of Jacqueline’s own experiences and feelings.

Jacqueline’s involvement in the melanoma community doesn’t stop there. She currently works for Bristol-Myers Squibb and was on the board for the Melanoma Research Foundation and served on the Montgomery County Maryland Commission on Health. She currently volunteers at DC Cancer Action Partnership and serves works on a grant review board at Moffit Cancer Center. Jacqueline has also been featured in Moffitt Momentum magazine.

Jacqueline loves that the Moffit magazine’s theme is one of momentum and hope, because she believes with cancer, that’s what you have to do: keep moving forward, be your own advocate, and have hope.