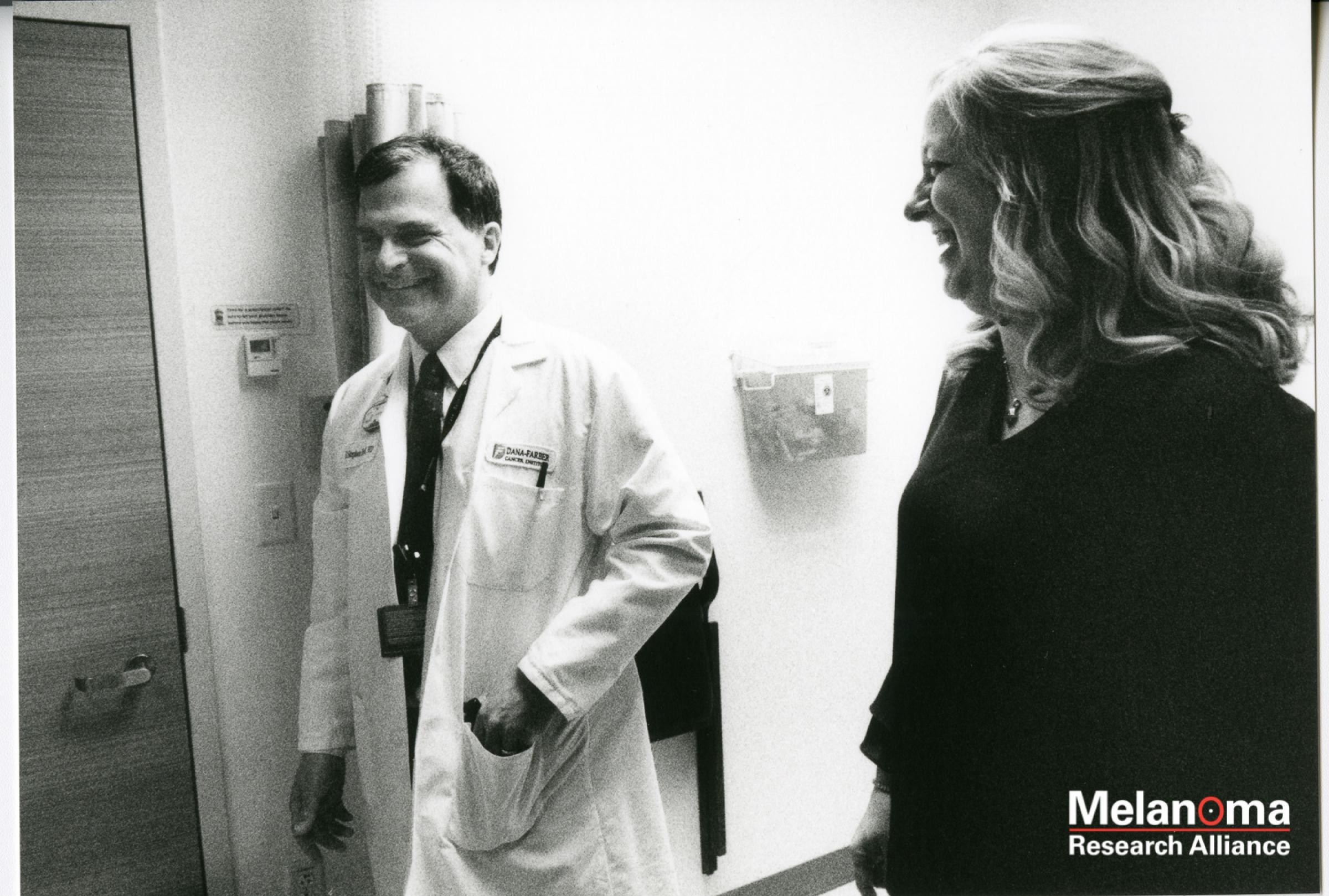 Christine Eddy didn’t think much of it when her hairdresser suggested she get a mole on the top of her head looked at. It was 2007 – she was just 36 and busy with work and young children – melanoma wasn’t on her mind.

A month later at her next appointment, her hairdresser brought it up again. “You really should have this crazy-looking mole checked out,” she implored.

This time, Christine heeded the advice and made an appointment to get it checked out at her local dermatologist’s office.

Christine was shocked to learn that the biopsy results indicated that her ‘crazy-looking mole’ was actually melanoma. She needed surgery to fully excise – or remove – the growth.

Recognizing the potential severity of melanoma, she and her husband Bob Eddy, decided that they’d venture to nearby Boston for the surgery and all subsequent care. “Boston is just 45 minutes away,” says Christine. “People travel across the world to access hospitals – and the expertise – that’s in our backyard. That’s why we went to Dana-Farber and how we found ourselves in Dr. Hodi’s office.”

Dr. Stephen Hodi, a medical oncologist, is a physician-scientist who has dedicated his career to better understanding how the immune system can be marshalled against melanoma. He is a two-time MRA grant recipient and currently serves as the Director of the Melanoma Center and the Center for Immuno-Oncology at Dana-Farber/Brigham and Women's Cancer Center.

To Christine, just as important as his resume, was his personality. “Dr. Hodi – as important as he is – took the time to see and know me as a person, not just a diagnosis,” says Christine. “It was clear at our first meeting that he was going to take care of us as if we were part of his family.”

First, Dr. Hodi connected Christine with Dana-Farber surgical oncologist Dr. Sara Russell. Not only did they need to remove the melanoma, they also needed insight that only a surgeon could provide to understand how advanced her melanoma was – what experts call its stage.

“It all happened so quickly,” recalls Christine. “I’m a third-grade teacher – and I guess I still didn’t fully understand how serious this was. I got a call telling me pre-op was the next day and the surgery would be the day after.”

During the surgery, Christine would be put under general anesthesia and her melanoma would be removed. Melanoma requires fairly wide margins to ensure it is fully removed because of its tendency to spread – so Christine would also need a skin graft from her leg to close the wound. This meant, that in addition to the surgical oncologist – she’d also need a plastic surgeon, Dr. Bodhan Pomhac.

Also, during this surgery, her surgeon would perform what is called a Sentinel Lymph Node Biopsy (SLNB) to determine if melanoma had spread to nearby lymph nodes.

A few days later, with the surgery successfully behind her, Christine was home recuperating when she got a call from Dana-Farber with news from her SLNB. The pathology report indicated that the nearest two lymph nodes – while not melanoma – did harbor suspicious cells.

“I was a bit taken aback. They said I needed to have a second surgery,” remembers Christine.

While no longer standard of care, the surgery – what is called a Complete Lymph Node Dissection – was intended to reduce the risk of these suspicious cells from evolving into melanoma. Dr. Hodi also suggested that she receive a year of interferon to further reduce her risk of relapse – a treatment regimen that experts call adjuvant therapy.

That year was hard. Interferon is a difficult regimen for most people. But she got through it – and refocused on closely monitoring herself for any possible signs of recurrence.

She continued to see Dr. Hodi regularly for the next seven years and received annual full-body scans. She continues to get twice annual skin checks by her dermatologist, also at Dana-Farber.

Today, Christine is more than 12 years post melanoma. She continues to be so grateful for the expert care she received at Dana-Farber, the research that informed that care, and for her husband who was by her side for every appointment and every scan.

“Research really is amazing,” says Christine. “The progress that has been made – in really such a short period of time – is so encouraging. It all takes us that much closer to a cure.” 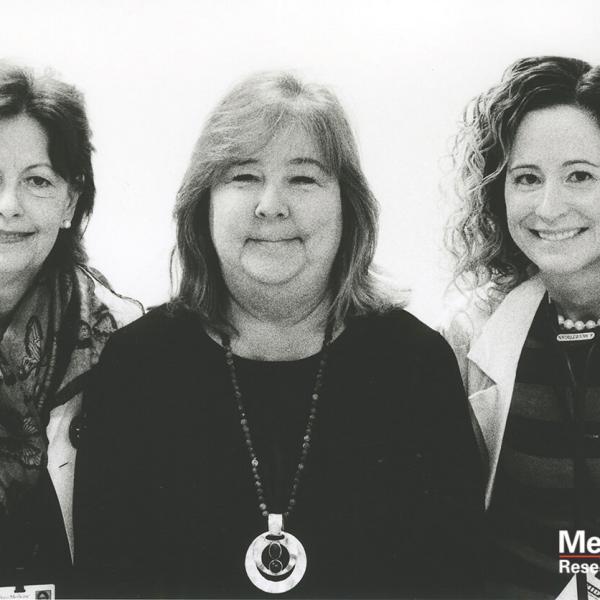