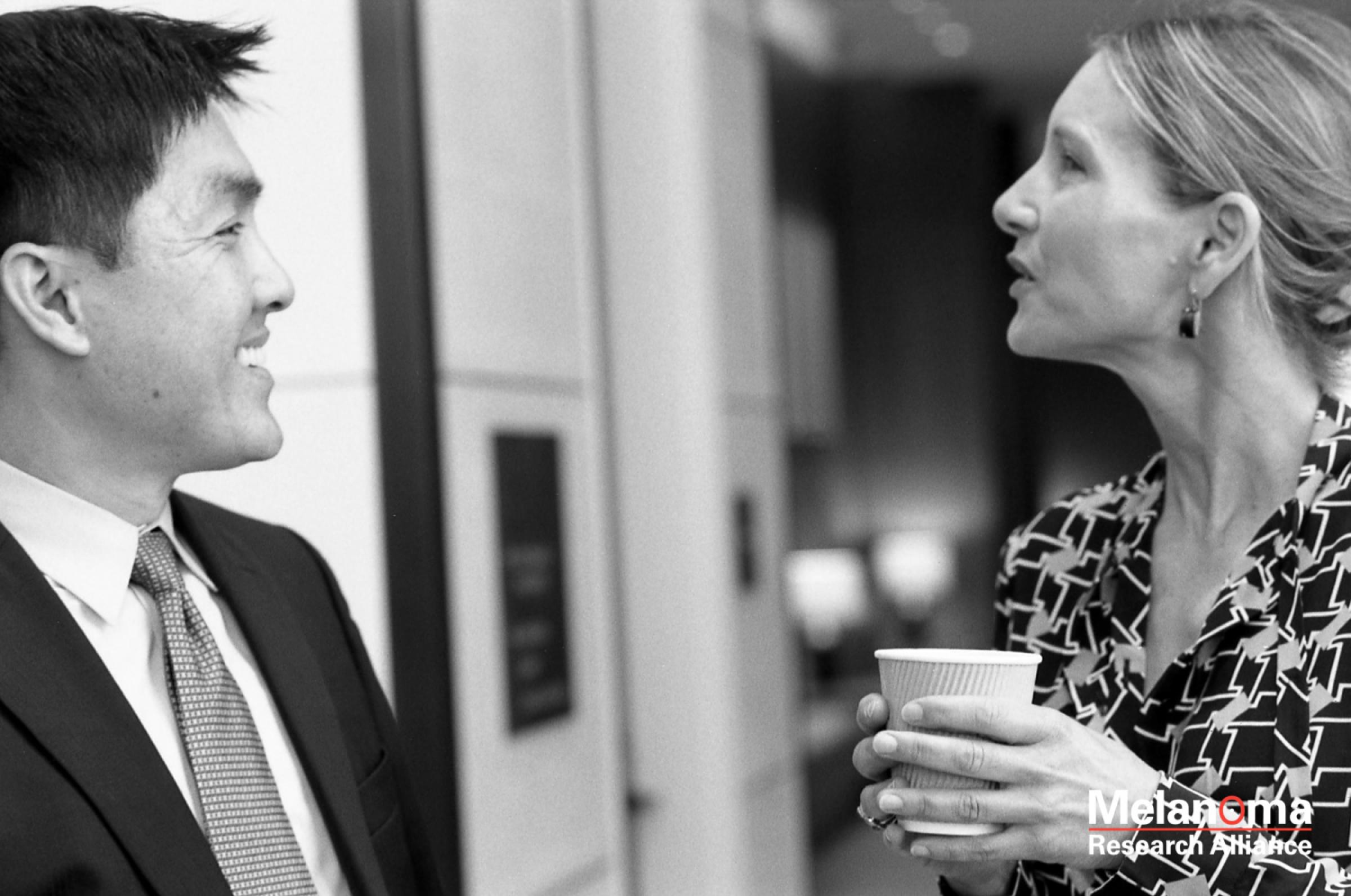 Too many people think that melanoma is just another skin cancer – and in 2005, Daisy Helman was one of them. She had just learned that a lump her father noticed on his arm was actually melanoma.

“I just assumed that this wasn’t a big deal. Just cut it out – dad will be fine. Looking back, I was so wrong.”

Daisy and her family flew to San Francisco to be by her dad’s side as he underwent follow up testing at the University of California, San Francisco (UCSF) to determine how advanced the melanoma had become.

That night, the family gathered at the nearby beach town of Half Moon Bay for a quiet dinner together. They caught up with each other, laughed, and tried to ignore the elephant in the room that had brought them unexpectedly all together. During that dinner, Daisy’s mother told everyone that she ‘just wanted to remember today, before everything changes.’

Daisy has revisited these words over the years – and continues to be struck by them.

“With cancer, it’s just so true. One minute you’re fine, you go to work and go about your normal routine. The very next morning, everything is different. Even if you feel physically the same – your entire world just changes,” says Daisy. “I didn’t think much of it at the time – but today, it just hits me.”

The next morning, back at UCSF, everything did indeed change. The tests revealed that not only did her Dad have melanoma, but it had already metastasized throughout his body.

In 2005, the treatment landscape for advanced melanoma was bleak. The FDA hadn’t approved a new drug or therapy since the late 1990’s – and those that did exist only worked in a small handful of patients. His prognosis was poor.

“The doctors advised that the family go home, make preparations, and to try to make the time they had left together as peaceful and wonderful as possible,” remembers Daisy.

It was a dark time for the family, but they weren’t ready to give up. They asked about where else they could go that might have other options, and were given the name of MRA-funded investigator, Dr. Stephen Hodi at Dana-Farber Cancer Center.

“My parents changed their entire lives, moved to Boston with us, and Dr. Hodi began treating him experimentally,” says Daisy.

Dr. Hodi, a medical oncologist by training, was studying the use of an experimental vaccine that was created by taking the patient's own tumor cells, irradiating them, and then engineering them to express a protein that boosts anti-tumor immune responses. This 'vaccine' was then injected back into the patient with the idea that it would prime the immune system to kill live tumor cells in the patient.

While this specific approach never took off, it was part of an emerging cadre of research examining ways to rev up the immune system instead of attacking the cancer directly through chemotherapies. This was a very novel concept at the time and helped to lay the foundation for modern checkpoint immunotherapies.

“It was a hard time, but for much of it – it was also a great period,” remembers Daisy. “Dr. Hodi really understood the beat of our family, and knew that we’d all be there for every single appointment trying to make the best of it. That left an imprint on us.”

A series of conventional and experimental treatments were able to give Daisy five years with her dad, but on September 10, 2010, her father passed away at his home in California. “Knowing that there were just so few options then – and that we did everything we could – he really did have a good run,” remembers Daisy.

This experience – and the desire to make it easier for the next patient and family facing a similar situation – compelled Daisy to find a way to give back.

“I really believe that when you’ve gone through something like this and have the ability – time or money – to get involved, you should,” says Daisy. “Melanoma profoundly affected my family – so I do what I can. It’s a no brainer.”

Daisy has since joined the MRA Board of Directors where she also co-chairs the newly formed Dermatology Council. She has also personally invested in the organization’s work by supporting two MRA Young Investigators and a Team Science Award.

Daisy recently was able to meet with Dr. Roger Lo, a physician-scientist based at the University of California, Los Angeles to learn more about his work. Lo, a dermatologist by training, has led numerous MRA-funded grant awards. “Hearing about what he and other researchers are working on – it really is inspiring,” says Daisy.

“What Leon and Debra (MRA’s cofounders) have been able to do with MRA – it’s just remarkable,” says Daisy. “The organization, and the science it supports, have completely up-ended what it means to be diagnosed with melanoma. That really means something to me.”

“For families who’ve gone through this, knowing that people are dedicating their lives to advancing research needed to make it easier for the next generation – that’s hope,” says Daisy.