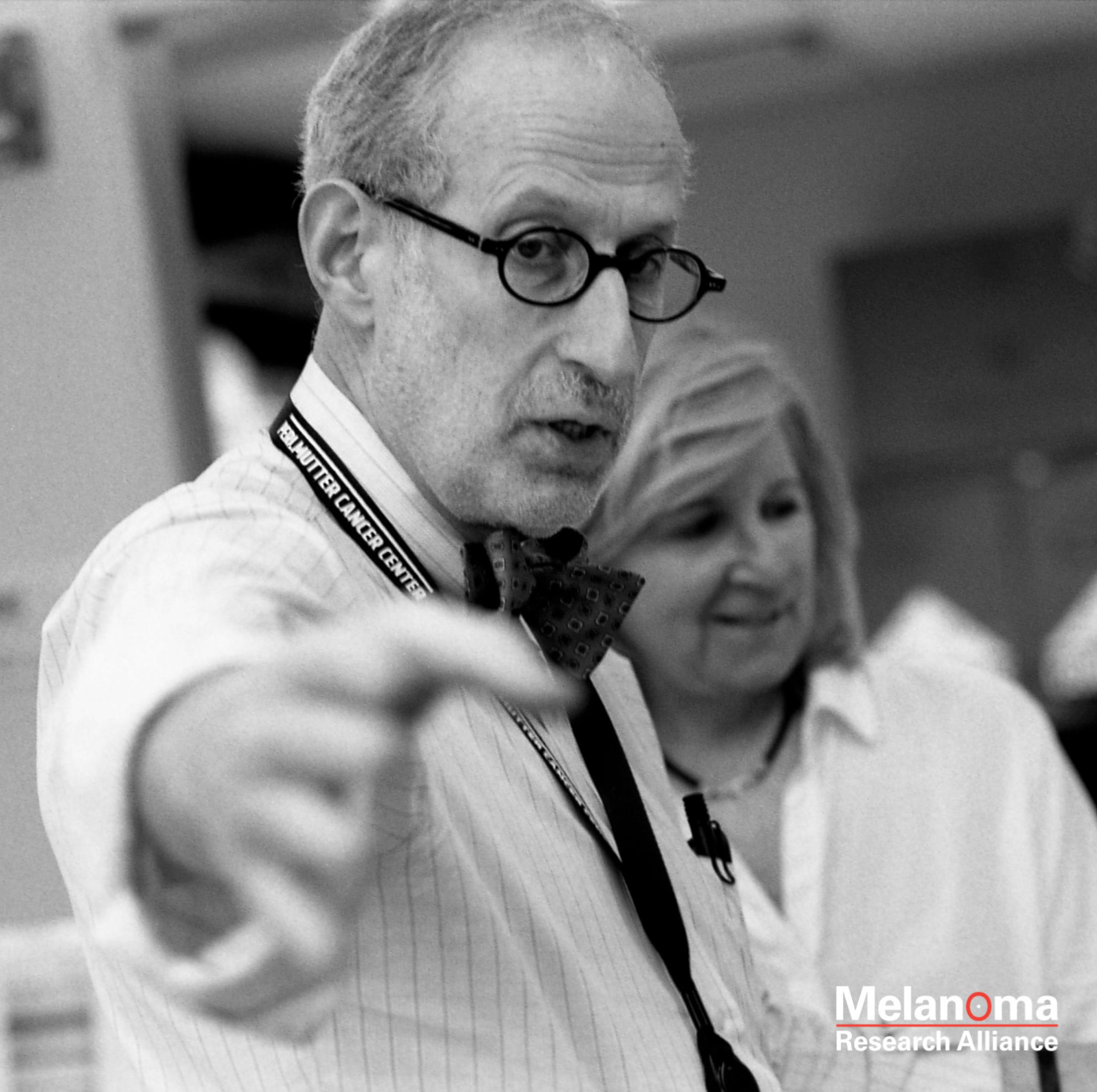 With red hair and fair skin, Mary Jo Rogers has always known she was at high risk for melanoma, so she saw her dermatologist regularly. Despite knowing the risk, her 2011 diagnosis of Stage 3C melanoma still came as a big surprise.

In 2011, there were few options for late stage melanoma. Existing treatments were difficult on patients and were not particularly effective. Fortunately for Mary Jo, the field of melanoma research was on the cusp of a sea change.

“It was just devastating,” says Mary Jo. “All of a sudden I was fighting for my life.”

So, after consulting with several top oncologists, Mary Jo underwent surgery to completely remove any traces of her tumor. Then, knowing she was at high risk of recurrence, she chose to volunteer for a clinical trial testing the use of an innovative but still experimental immunotherapy called ipilimumab. She understood that half of the patients who enrolled in the trial would receive a placebo, but still felt that it was her best option because she’d be more closely monitored for any disease recurrence.

“Today, it’s a bit easier to choose a clinical trial,” says Mary Jo. “Trials today compare a new treatment against an already approved medication. But in 2011, there really was no standard of care for late-stage melanoma.”

Sure enough, about a year later Mary Jo learned that she had been receiving a placebo when her scans detected a small spot on her lung. She now had Stage 4 melanoma.

The clinical trial immediately made the experimental therapy available to her, but it wasn’t working. After consulting with her doctors, Mary Jo chose to enroll in a second clinical trial, with Dr. Jeffrey Weber, a two-time MRA-funded physician-scientist and member of the MRA Medical Advisory Panel. Dr. Weber, then at Moffit Cancer Center, enrolled Mary Jo for a PD-1 based immunotherapy trial called nivolumab. She received treatment every two weeks for nearly half a year. Scans showed that all evidence of melanoma was gone.

“From the get go, every time I got another scan, things were good – it was working – and the tumors were shrinking,” says Mary Jo. “I remember sitting there – and I just burst into tears – when Dr. Weber told me that the melanoma was gone.”

She has turned her personal story and passion for education to joining the fight against melanoma. She serves as a patient advocate and has counseled many other people who are battling melanoma.

She and her husband, Brian, are staunch supporters of MRA and have funded a few Young Investigator Awards, which aims to attract early-career scientists with fresh ideas and approaches to melanoma research. Mary Jo also now serves MRA as a member of its Board of Directors.

“There has to be a reason that I’m here – maybe it’s to raise awareness of the importance of research. You have to be strong, you have to have faith, and you have to stay positive,” says Mary Jo. “Maybe that’s why I’m here.”