Amy Fights for Acral Melanoma to be Seen 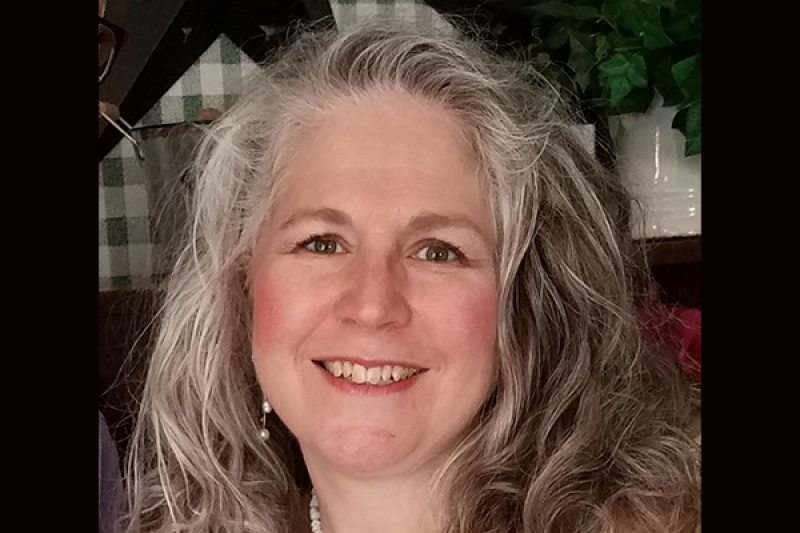 Feeling alone with a melanoma that has nothing to do with sun-exposure, Amy builds a community among acral patients.

Amy Jardon had always been aware of her increased risk of cancer. Not only have several of her family members faced cancer, but Amy was also aware of the potential risks of cancer as it relates to her 20+ years of immunosuppressive therapies for ulcerative colitis.

“They just kept telling me not to worry,” remembers Amy.

But in January 2015 – Amy did start to worry. A spot between two toes appeared out of nowhere and began to itch. “I didn’t know what it was, but I knew it wasn’t good,” says Amy.

Thankfully, she had an appointment with her primary care physician (PCP) a few days after noticing the spot. Her doctor seemed dismissive but finally agreed to schedule a biopsy a week later.

The biopsy was uneventful and she was promised results in a week.

However, this deadline came and went. Amy began daily calls into her doctor’s office. Still, no news.

“I knew that normally no news is good news – but I had a feeling that this time was different,” she says.

Days later, while sitting in her kitchen, she received a phone call that would change her life.

It was a nurse from her doctor’s office.

“I have your results.” After stumbling with the pronunciation several times, she finally blurted out: “You have melanoma cancer.”

The news hit her hard. She remembers sitting silently, not knowing what to do or who to tell. Ultimately, she decided to let her dad know first. Her sister had been diagnosed with breast cancer just six months prior and her Mom had died due to pancreatic cancer a few years before that.

“I made sure he was sitting down – and then just told him,” says Amy.

Thankfully, he took the news better than she expected. He remembered that Bob Marley had a similar disease and even made a lighthearted attempt at a joke: “At least it’s not your big toe, so you can still run.”

The joke – innocent enough – sent Amy’s head spinning. She hadn’t considered losing her toe at all and as an avid runner – a missing toe could have thrown off her balance.

Her second call was to her gastroenterologist. She was scheduled to receive another infusion of Remicade, the immunosuppressive drug she took to control her ulcerative colitis. After explaining her melanoma diagnosis, she was shocked to hear that her infusion could still go on as scheduled.

However, when she checked into her appointment and again told the nurse that she had ‘melanoma cancer’ – the plan changed.

Her gastroenterologist came to her – very unusual for her routine infusions – and explained that due to her melanoma she was unable to get her infusion. Defensively, he insisted that her melanoma was in no way related to her infusion: ‘melanoma is always formed by the sun,’ she remembers him dictating as if it were a simple matter of fact. Amy hurried out of the office and wouldn’t be back for almost a year.

And for the vast majority of melanomas, her doctor was right: UV exposure does cause most melanomas. However, for a group of rare subtypes including acral, mucosal, and uveal melanoma – this simple explanation isn’t correct. These rare subtypes, while sometimes found on the skin, are not usually found in sun-exposed areas.  While researchers aren’t clear what causes them, they believe it is unlikely to be UV light. Learn more about melanoma subtypes here.

About a month after her diagnosis Amy had her first visit with her general surgeon. Two months later, he performed a Sentinel Lymph Node Biopsy (SLNB) to determine if the melanoma had spread – fortunately, it hadn’t. Following the SLNB he also removed all traces of her melanoma.

She was sent home with a heavily bandaged foot – without crutches – and told to sit on the couch and to keep her foot elevated. Her surgeon, aware that Amy was an avid runner, didn’t want to encourage her to rush her recovery with a cast. Thankfully, she kept her toe and no skin graft was needed.

“I had no idea what to expect, but overall the surgery was straightforward,” says Amy.

Throughout all of this, Amy still had only the foggiest idea of what she faced. She knew melanoma was bad – but had no idea what type or stage she had or what further treatment she would need.

“I was numb and just going through the motions,” says Amy. “I hoped that if it was really bad – they would have told me that.”

About a month after her surgery, sitting on the exam table next to her oncologist, she gathered the courage to finally ask: “What stage of melanoma do I have?”

The oncologist froze – her back to Amy as she entered information into the computer – and then slowly rotated her chair to face her patient.

Amy’s heart sunk – she braced herself for the worst.

“Stage One melanoma,” answered the oncologist. “No further treatment necessary, but you’ll need to see me regularly for the next five years.”

In June, Amy celebrated five years of having No Evidence of Disease and will now transition to annual visits with her oncologist.

“I feel some relief at making it five years without a recurrence, and am able to breathe a little easier,” says Amy. “Although I know that vigilance is important with melanoma.”

Amy still didn’t fully understand why her melanoma looked so different from the ones she saw on the internet or posted to Facebook Groups. It just didn’t make sense to her that cancer that is caused by the sun would develop between her toes. 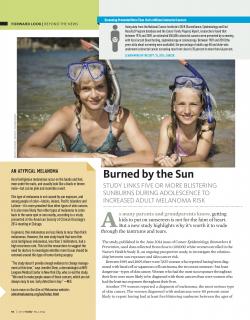 Her ‘ah-ha’ moment happened in 2016 when she was visiting Washington, DC. While not running the Rock & Roll Marathon (this time) – she visited the expo center to see the various exhibit booths and to experience a bit of the thrill that always happens the day before the race.

Nestled in-between the new racing shoes, water belts, and other running gear – The American Association of Cancer Research (AACR) had set up its booth. Runners – while healthy overall – are at increased risk for a variety of skin cancers due to the amount of time they spend pumping the pavement.

But, there on page ten – in black in white – was the validation that Amy had been looking for without even realizing it.

The headline read: ‘An Atypical Melanoma’ and included information about acral, mucosal, and uveal melanomas. Acral melanoma – which forms on the palms, soles of feet, or under finger or toenails – sounded exactly like her own melanoma.

Back home, with her hard-fought insight into her health, she started to research acral melanoma.

“I was just shocked at how little information there was about this,” says Amy. “I just assumed I had regular melanoma because no one had ever told me otherwise, but page after page either didn’t mention acral melanoma at all or had one line saying that African Americans or People of Pacific Islander descent were more at risk for this subtype.

She decided to do something about it and created a closed Facebook Group for people diagnosed with acral melanoma.

“People slowly trickled in, but today we have about 50 members,” says Amy. “People of all stages and from all across the world, but the experiences are very similar –missed or late diagnosis, and an overall a feeling of being left behind.”

Unfortunately, in many ways, people with rare melanoma subtypes have been left behind. While research over the last decade has transformed the way we treat cutaneous melanoma caused by UV damage – far less progress has been made in understanding the genetic underpinnings of rare subtypes or in advancing new treatment options.

To address this uneven progress, MRA has invested more than $10.3 million through 27 awards specifically focused on these subtypes. This makes MRA the largest, non-profit funder of research focused on rare melanomas worldwide.

“We know that considerably more needs to be done to advance research into rare melanoma subtypes,” says MRA President & CEO Michael Kaplan. “We are committed – across MRA – to advance the field in support of patients with rare melanomas by funding innovative research, raising awareness, and tackling other disparities.”

“You aren’t alone. If you find a spot – any spot, really that looks different or concerns you – get it checked out. Advocate for a biopsy because doctors don’t always know what they are looking for when it comes to acral melanoma.”