Brown Skin Too: If You Have Skin, You Can Get Skin Cancer 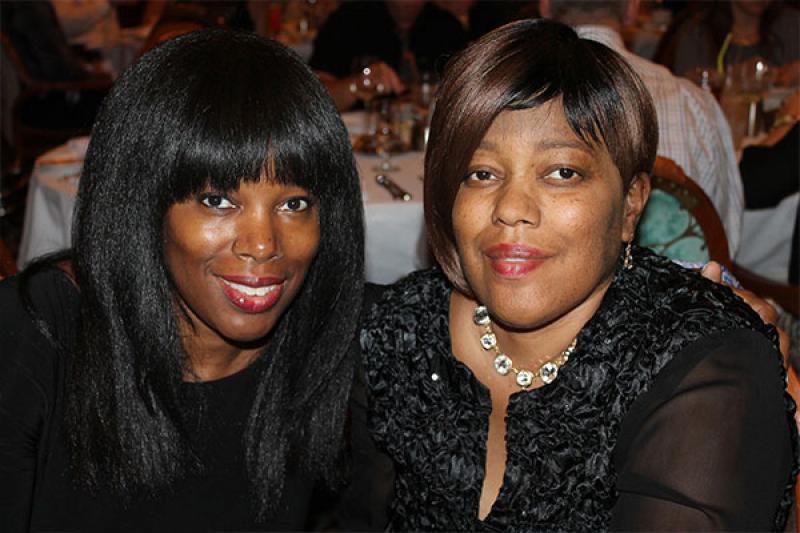 Like many people, Tereska James never pictured herself becoming an advocate for melanoma awareness and prevention. But, after losing her sister, Tanya, just 2 months after she was diagnosed with Stage 4 melanoma, she felt like she had little choice.

“My sister and I grew up being told that the melanin in our skin protects us – and only in the recent years has this message been debunked,” says Tereska. “I decided that I had to do something about this – so that people of color know that we can be affected by melanoma too.”

For Tereska’s sister, Tanya, it all started in September, 2015. Tanya just didn’t feel well – lethargy, vomiting, and severe headaches. At first, she was told it was a viral infection – “go home, rest, drink lots of water.”

Only it wasn’t a viral infection.

Days later, as she was getting ready to go to work, she lost all feeling on the right side of her body. She was rushed to the emergency room. Everyone assumed she had a stroke, but after some tests the doctors shared with her and her family news that would change everything: Tanya had cancer. And worse, it had already metastasized to her brain.

A week later, with biopsy results in hand, Tanya’s cancer was identified as Stage 4 melanoma. The news shocked Tanya and her family.

“I remember hearing the news and thinking to myself – ‘wait a minute, black people don’t get skin cancer. What are you talking about,’” recalls Tereska.

Tanya started treatment, but at such an advanced stage, doctors were not optimistic about her odds of survival. “We decided that if we couldn’t beat this – we would make her last days as comfortable as possible,” says Tereska.

So, in the time that she had left, Tanya ate at her favorite restaurants, traveled, and spent time with her son. “We did everything we could do so that her last days were surrounded by love.”

In November, just two months after her diagnosis, the family went on the cruise that they had been planning for over a year. They used it as an opportunity to celebrate the 9th birthday of Tanya’s son. “I think she was really holding on so that she could be there for one more birthday,” says Tereska.

Unfortunately, it wasn’t meant to be. Days into the cruise, Tanya’s condition worsened and she lost consciousness. She was life-flighted back to the United States and passed away 8 days later.

Tanya’s sudden passing, and the burning desire to help other families avoid what she and hers had gone through, provided the impetus for Tereska to start the melanoma-prevention focused, Brown Skin Too Foundation.

“We decided that we had to do something about this. To not only honor the memory of Tanya, but also to raise awareness that this happens to people of color too,” says Tereska. “We didn’t want anyone to go through what we did.”

Through the Foundation, Tereska and her family shared Tanya’s story, held events, and challenged the myth that people of color don’t get melanoma. Later this year, on December 31, 2019, the foundation will formally discontinue its work. However, the work and the passion behind it, will continue through the Tanya A. Haman Melanoma Research Fund with the University of Texas Austin Dell Medical School and the Tanya A. Haman Memorial Scholarship Fund at Delaware State University.

People of Color Can Develop Melanoma and Other Skin Cancers

While pervasive, the myth that people of color don’t need to worry about skin cancer, is entirely untrue. And while the rates of skin cancer among people of color are lower than rates for people with lighter skin, low risk doesn’t mean no risk.

In fact, because people of color have been left out of sun safety conversations for so long, when they are diagnosed with melanoma, it tends to be at a far later stage of disease, drastically reducing prognosis and survival.1  As another study bluntly put it, black people “are four times more likely to be diagnosed with advanced stage melanoma and 1.5 times more likely to die from melanoma” than white people.2

Melanin, a pigment produced in the skin responsible for skin tone, does naturally confer some protection from ultra violet radiation. However, even among people with the darkest skin, it is still inadequate to protect you from the aging and hyper pigmenting effects of the sun.

How Can You Protect Yourself from Melanoma?

When caught early, melanoma is highly curable. And while treatments for late-stage melanoma are improving rapidly, the prevention and early detection are still the best treatment option. That’s why taking steps to prevent and to identify melanoma early, are key.

A regular self-exam, that includes areas like the soles of the feet, palms of hands, and nail beds, is recommended for everyone – including people of color. If you see something that concerns you, either because it meets one of the ABCDEs of melanoma or stands out, talk to your doctor or see a dermatologist.

“I tell everyone that information is key,” says Tereska. “Pay attention to your body. Get your skin checked – and look for changes. If you have skin, you can get skin cancer.”