Building Community While Raising More than $10 Million for Melanoma 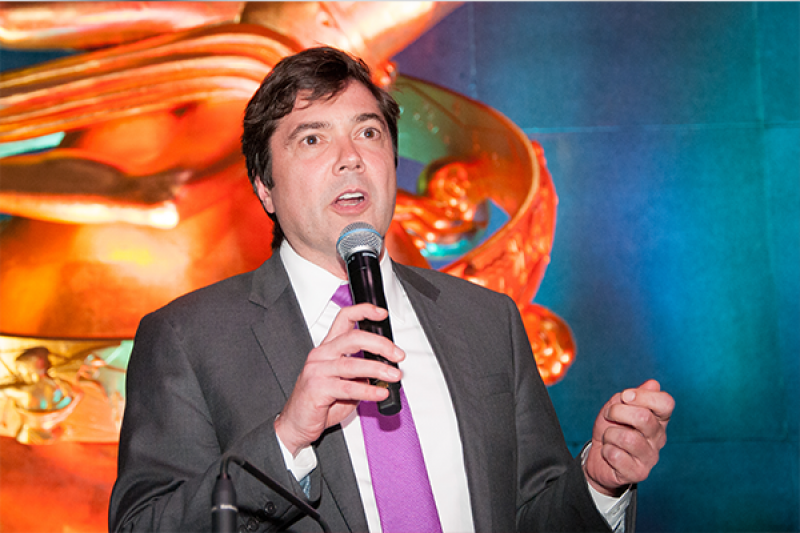 For Brendan, it started on Mother’s Day Weekend in 2009. He was sitting in the sun on Long Island when he noticed a weird, ugly looking mole. “I just stared at it,” he shared. A week later his childhood dermatologist removed it and sent it for a biopsy.

When the results were back, he was told it was melanoma and that he would need to get it removed as soon as possible.

“I had no idea what melanoma was or if it was serious. I was far more focused on not delaying a trip to London that I had planned for the week after.”

When back from his trip, he knuckled down and began to research ‘this melanoma.’ He remembers being absolutely overwhelmed by what he found. “Melanoma is a scary cancer – especially back then,” he recalls.

Now, beginning to understand the severity of what he faced, Brendan was flummoxed. “It clicked. I knew I needed to find a surgeon, but it was now Memorial Day Weekend and no one was available.”

By Tuesday morning, he had options for appointments at four hospital systems in New York. He took the first available at New York University Hospital.

“I totally lucked out. My melanoma was caught early – Stage 1A – and was removed successfully,” says Brendan.

While Brendan needed no treatment beyond surgery, he knew that it was important to take melanoma – including early stage melanoma – seriously. “Yes, it was only Stage 1A – but it was still always on my mind,” he says.

He made a follow-up appointment with Dr. Mitchell Kline, a dermatologist who specializes in melanoma, for a full-body skin check. This is an important part of melanoma survivorship or follow-up care because not only is there risk of his melanoma returning, Brendan and other melanoma survivors are also at increased risk of developing an altogether new melanoma.

After his exam, Dr. Kline asked if he was aware of Mrs. Debra Black and her organization the Melanoma Research Alliance. Dr. Kline explained that MRA was a new organization formed by Debra and her husband Leon after Debra faced melanoma.

Brendan recognized Leon’s name. He worked in the leveraged finance sector, the same field as Brendan.

“The next thing I knew I was meeting Debra and Leon – and was soon connected to Jeff Rowbottom, another person in the leveraged finance sector who had been personally affected by melanoma,” says Brendan. “Jeff and I didn’t know what, but we knew we wanted to do something that brought people together over this cause.”

Ultimately, Brendan and Jeff decided to create an event that would raise money and awareness for melanoma – while giving people in the leveraged finance world an opportunity to network. Leveraged Finance Fights Melanoma was born.

The first year, 600 people came to Bryant Park for LFFM and together raised $925,000. Since then, LFFM has outgrown Bryant Park and moved to Rockefeller Plaza. Last year, 2018 more than 1,100 people attended. In seven years, LFFM has raised over $10 million for cutting-edge melanoma research.

“LFFM is special because not only does it bring people together for a good cause, it’s also about coming together as a community,” says Brendan. “It’s really developed a life of its own and people not only expect it, they look forward to it.”

This year’s event will take place on May 22, 2019 at the Rockefeller Center Summer Garden. Tickets and sponsorship opportunities are available online: CureMelanoma.org/LFFM.

Do you want to become a melanoma advocate but don’t know where to start? Think about launching an online fundraiser or hosting an event!

We’ve made it easier than ever to raise funds to advance melanoma research! Run a marathon, dedicate your birthday or wedding, or share your own story about melanoma with friends to make the pitch. There are countless ways to spur your friends, family, and community to come together to fight melanoma, explore some of the options with us here!