Can We Combine Immunotherapy and Targeted Therapy for Better Results? 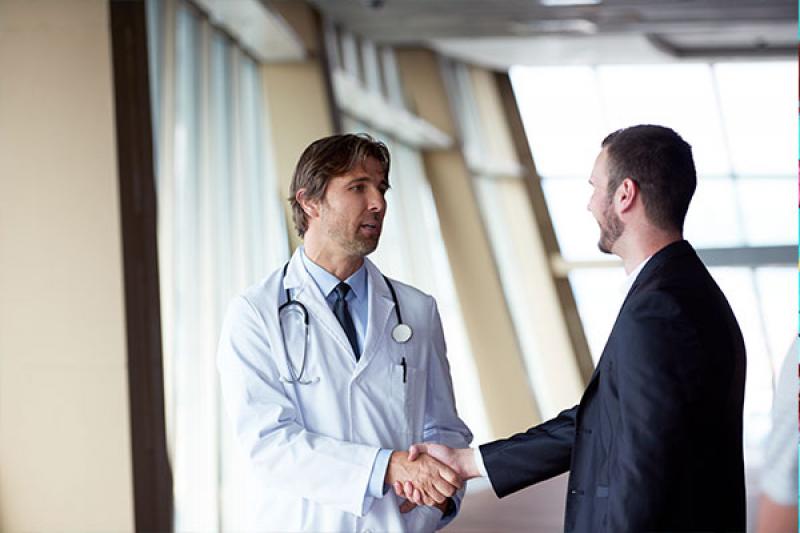 Since 2011, the treatment landscape for late stage melanoma has changed dramatically. The approval of checkpoint  immunotherapies like ipilimumab, pembrolizumab, and nivolumab, and targeted therapies that inhibit BRAF and MEK (BRAF/MEKi) have substantially improved outcomes for many patients. Researchers are now considering how to build upon this progress to help more patients live longer, healthier lives. This month, several studies reported on efforts to combine PD-1 based immunotherapy with BRAF/MEKi targeted therapy to form the first ‘triple combos’ in melanoma.

Why the Excitement for ‘Triple Combos?'

BRAF/MEKi targeted therapy is generally fast acting and highly effective for patients whose tumors have the BRAFV600E mutation (about half of melanoma patients). However, most patients will relapse due to acquired resistance. Meanwhile, while fewer patients typically respond to immunotherapy than targeted therapy, but those who do, tend to have durable long-lasting responses. Given these distinctions, as well as the differences in how targeted and immunotherapies work, researchers are very interested in understanding if combining them can give patients the best of both approaches.

Researchers saw hints that triple combo strategies might further boost patient outcomes when they studied mice with melanoma. They found that in addition to short circuiting the mutated pathway that fuels the growth of melanoma, targeted therapies also appeared to activate the immune system. Moreover, studies with mice also suggested the two approaches yielded better results than either approach on its own. But would it work with people?

A few years ago, trials testing ipilimumab, which targets the checkpoint molecule CTLA-4, in combination with BRAF inhibition, with or without MEK inhibition, were stopped early due to unacceptably severe side effects. While PD1-based immunotherapies tend to have far fewer side effects than ipilimumab, would combining them with BRAF/MEK inhibition lead to similar problems? This is one of several key, unanswered questions about triple combo therapy.

Researchers designed clinical trials to answer these questions. Results from four of these studies were reported on this month. The trials were:

Although these studies included a relatively small number of patients, tested different drugs, and in some cases, used different schedules, their results were surprisingly similar. Encouragingly, the overall response rate ranged from 63-75% across the four trials, which compares favorably to the historical response rates of anti-PD1 therapies alone (33-40%) and dual BRAF/MEK inhibition (~75%) in the frontline setting.

Moreover, the median duration of response and median Progression Free Survival (PFS) were better than response rates seen for anti-PD-1 therapy alone or dual BRAK/MEK inhibition. For instance, in the randomized Phase 2 trial – the only trial that directly compared a triple combo with dual BRAF/MEK inhibition, the median PFS for the triple combo was 16 months compared to 10.3 months for BRAF/MEK inhibition plus placebo. Interestingly, the patients in the triple combo group in this study were, on average, at a later stage of disease and had a greater number of metastases than the control group. It’s very encouraging that these patients still had better outcomes overall despite their advanced disease.

What Were the Side Effects?

In all four trials, patients on the triple combos experienced significant side effects, and high grade toxicities were common. Side effects are classified on a scale ranging from 1 to 5, with grade 1 side effects being relatively minor all the way to treatment-related death (grade 5). In these studies, rates of grade 3 or higher side effects ranged from 58.3 - 75%. One patient died – due to lung inflammation thought to be caused by the treatment – in the Phase 2 study. These rates are higher than what has been seen in patients on PD-1 therapy alone or dual BRAF/MEK inhibition, where severe and sometimes fatal side effects can occur. The good news is that the side effects were generally manageable. So, although the majority of patients in these trials had dose reductions and/or treatment interruptions, a relatively small fraction had to discontinue treatment altogether.

Interestingly, accompanying studies using tissue and/or blood samples taken from patients suggested that patients on the triple combos had more T cells in their tumors and that their tumors had a more ‘inflamed’ gene signature. This confirmed preclinical observations and suggests that triple combos boost the immune response to tumors.

Taken together, these trials indicate that triple combos show promise and while there are significant toxicities, they can be managed in most cases. Triple combos may be especially well suited for patients who are symptomatic, with poor prognostic factors, and who don’t have the time to wait for a response to checkpoint inhibition.

What these trials don’t tell us is the impact of triple combos on overall survival or how triple combos compare to sequencing checkpoint blockade with targeted therapy, or intermittent triple combo therapy (for instance, not using all 3 drugs continuously during the treatment period, and/or varying doses). There are a number of ongoing trials testing these different approaches, as well as two phase 3 trials testing continuous triple combo therapies compared to dual BRAF/MEK inhibition and PD-1 monotherapy. Knowing the results of these trials in the coming years will help inform physicians about the best ways to combine and sequence targeted and anti-PD1 therapies for patients for the best outcomes possible.