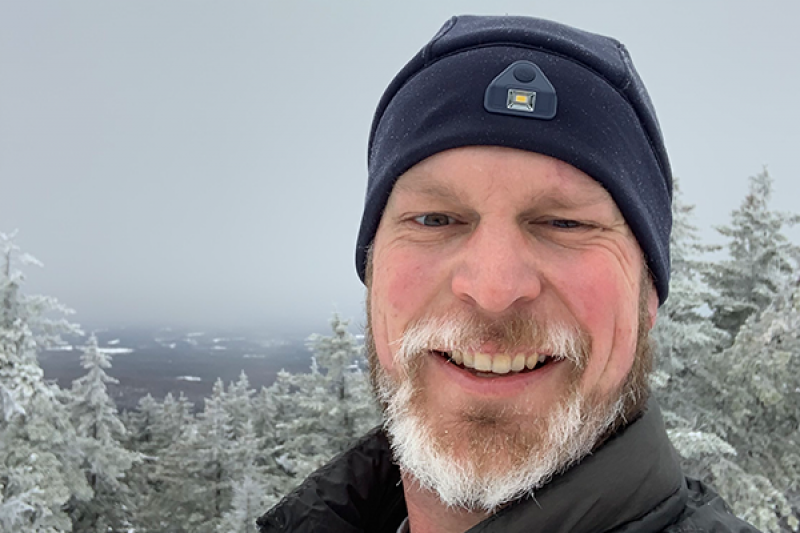 Craig Schuh’s melanoma journey began in 2004 when a close family member had a mole removed that came back positive for melanoma.  Fortunately, that family member was lucky because his lesion was small enough – and had yet to metastasize throughout his body – so it could be effectively cured through surgery alone.

Stirred to action by this episode, Craig made an appointment to have his own skin thoroughly examined by a dermatologist. Thankfully for Craig, the doctor found nothing concerning and suggested that Craig see his primary care doctor for follow up.

“Looking back, maybe I took that too much to heart,” says Craig. “Three kids, four houses, and two states later – life was busy. My own health just didn’t come up that often – I felt fine, so I never thought to go back to the dermatologist.”

Time marched on. Craig watched his kids grow up (now 7, 5, and 3 years old) – and his busy life was looking good and flying by. “I was just busy living and enjoying life,” says Craig.

However, sometime during this period a small mole on his forehead had appeared. He noticed it in the fall of 2019 – and after going through some photos – noticed that it had actually been changing in color and shape.

By December, it had gotten dark enough to be concerning to both him and his wife, Danielle.  During this time, he’s also noticed a small lump in front of his ear on his jawline. He decided to get both checked at his annual physical scheduled in January 2020.

At his annual physical, his primary care doctor agreed that he should have the mole on his forehead looked at by a dermatologist but wasn’t concerned with the lump near his ear. “He thought it might have been a cyst and wouldn’t be harmful unless it started bothering me,” says Craig. “He said nothing that would suggest that the two may have been related.”

He made an appointment to see a dermatologist for the end of March. Then COVID-19 hit, and everything became fixated on the virus.

“I actually caught a cold and was pretty congested,” says Craig. “There was no way I was going to the doctor with a cold. So, I pushed the appointment out again to April.”

At the appointment with the dermatologist, Craig shared his family history and pointed out the mole that brought him there. The doctor was immediately concerned with his mole but also found a spot on his stomach – and biopsied both places.

Three days later, on April 23, 2020, Craig got a call that would dramatically change his life. The changing mole on his forehead was melanoma and he needed immediate surgery with a wide local excision and a sentinel lymph node biopsy to determine if cancerous cells had spread beyond their site of origin.

“It was the sentinel biopsy that really brought home how serious this was,” remembers Craig. “I was really scared – and already knew that I was facing something worse than what my family member had faced despite being 15 years younger.”

The very next day Craig called Massachusetts General Hospital, and because of COVID-19 and the many cancellations it caused, was able to quickly get an appointment with a surgical oncologist, Dr. Kenneth Tanabe.

During their first meeting, Dr. Tanabe carefully examined Craig and his pathology report. He estimated that Craig had reason to hope and that his risk of metastasis was small based on tumor depth alone, but warned him that there was no rule book when it came to melanoma.

Unfortunately, upon waking up after the procedure, Craig learned that his melanoma had metastasized and had infiltrated his parotid gland. That is why he had the lump in front of his ear.

He then underwent additional scans to determine the full extent of his melanoma. These scans identified lesions in his gallbladder and spleen. And while the melanoma had spared his vital organs, he was diagnosed with stage 4 melanoma.

He had surgery to remove his gallbladder and a biopsy later confirmed it to be melanoma. Craig was then referred to a medical oncologist, Dr. Meghan Mooradian.

Dr. Mooradian met with Craig to overview his options and suggested he consider the checkpoint immunotherapy pembrolizumab (Keytruda). She also discussed the idea of a clinical trial that was investigating a way to increase the effectiveness of pembrolizumab alone by combining it with another agent.

After carefully discussing all options, Craig ultimately chose to enroll in a phase 2 clinical trial testing the effectiveness of pembrolizumab combined with a personalized vaccine created by Genentech (NCT03815058)

At first, Craig didn’t know much about clinical trials. But, as Dr. Mooradian described how they work – the more sense it made to him. Through clinical trials, he’d receive an experimental therapy while being closely monitored for any changes. Not only would he get access to potentially better treatment than those currently FDA approved, and he’d also help move research forward for the next person to be in his shoes.

Today, about five months into his experimental protocol, Craig is doing well with stable disease and only minor side effects.

“In the world of cancer, it’s weird to learn that stable disease can be a good thing,” says Craig. “I had a nurse explain that I may never have a ‘clear’ scan again – and that’s okay – as long as I’m able to live that is all I care about. It’s scary to learn that – but also encouraging.”

He’s also starting to look for opportunities to connect with and give back to the broader melanoma community.

“In a weird way it feels like life is becoming normal again,” says Craig. “I basically have cancer every three weeks when I go in for my infusion.”

But that doesn’t mean it’s always easy. Especially early on in his journey, while he was still coming to terms with his diagnosis and treatment plan, Craig would ask himself “why is my melanoma experience so different?”

It was his wife’s quiet assurance that resonated most with him.

“She looked at me and said: ‘you are going through this because you will do something meaningful through this. You have the personality and the determination – and I’m not sure others could.”

This sentiment – of wanting his melanoma to mean something – is a big part of how Craig is dealing with his diagnosis.

“I believe there is a reason that I’m going through this. If I can help prevent someone else’s melanoma, or make their journey easier, or help advance research – that’d be worth it,” says Craig. “I feel honored to be part of the melanoma community. It’s a powerful community – and I feel obligated to do something in support of it.”