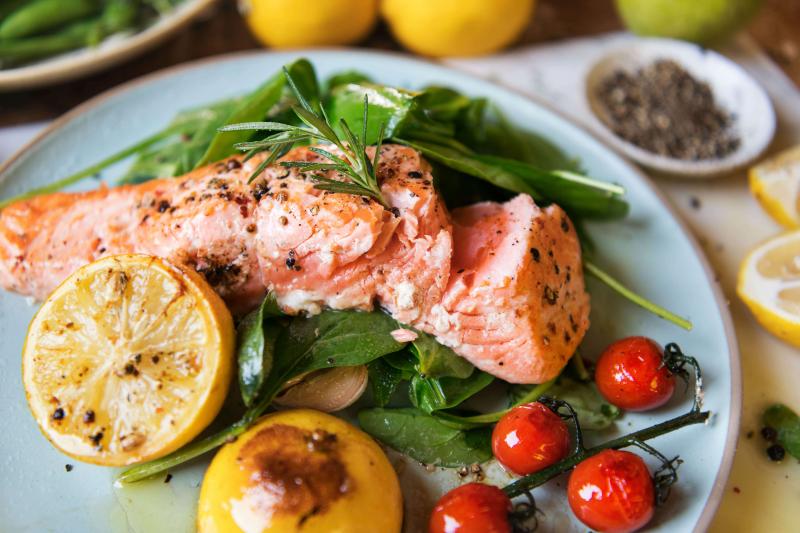 You’ve read the headlines and may have even heard the spiel directly from your doctor: eat more fish, and less red meat. That’s why a recent study published in the journal Cancer Causes & Control, is causing such a stir. The study, led by researchers at Brown University, surprisingly found that people who ate the most fish were the most likely to develop melanoma. Before you change your diet, read more about the study, its findings, and limitations.

While 90% of melanomas are believed to be caused by exposure to UV rays from the sun, epidemiologists – researchers who study the distribution, patterns, and determinants of health – are also looking for other genetic or lifestyle factors, including diet, that may contribute to increasing rates of melanoma across the United States.

In this study, led by Eunyoung Cho, MD, data was collected and analyzed from almost 500,000 adults recruited from across the United States to the NCI’s NIH-AARP Diet and Health Study. The initial surveys were sent to 3.5 million AARP members – aged 50 to 71 – who lived in one of six states: California, Florida, Louisiana, New Jersey, North Carolina, or Pennsylvania or from the metropolitan areas of Atlanta or Detroit. Each participant reported how often they ate fish during the previous year, in addition to their portion sizes. Dr. Cho and his team then followed participants until they were diagnosed with a melanoma, moved out of the study area, or died due to an unrelated cause.

The researchers then compared rates of new melanomas that had developed in their study population to rates using data from state/local cancer registries over the 15 years of the study. To reduce the impact of confounding variables, they also controlled for a variety of other factors, including: sociodemographic factors; participants’ body mass index; physical activity levels; smoking history; family history of cancer; daily alcohol, caffeine and calorie intake; and average ultraviolet radiation levels in each participant’s local area.

The study’s findings were a surprise, but do come with some important caveats. The researchers did not account for well-known melanoma risk factors, including number of moles, hair color, history of severe sunburns, or sun safety behaviors (such as wearing sunscreen daily). In addition, because fish consumption was only measured upon intake into the study, it may not accurately reflect participant’s diet throughout the study or throughout earlier points in their lifetime.

Finally, Dr. Cho cautions that this study was observational in nature and while it did find a modest association between certain types of fish consumption and melanoma this finding CANNOT be interpreted as fish consumption causing melanoma.

For example, studies link poverty with an increased risk of smoking. However, poverty does not cause one to smoke – despite the correlation.1

Existing studies have already determined that higher mercury levels in food are associated with increased rates of skin cancer. In the United States, mercury consumption almost exclusively comes from fish.2

Because of this, Dr. Cho believes that it is likely bio-contaminants like mercury in the fish, and not the fish itself, that are increasing risk of melanoma.

Should You Stop Eating Fish or Reduce Your Intake?

Experts, including the study’s authors, agree that more research is needed before you reduce fish consumption based on this study. This is especially important because fish is protein rich, chock-full of heart-healthy omega-3 fatty acids, and is associated with numerous other benefits from cognitive development to bone health.3

If concerned about mercury or other possible contaminants from fish, you can minimize your exposure by choosing low-mercury seafood options. The FDA created the following chart to guide your choices:

Ultimately, the best way to prevent melanomas and other forms of skin cancer continues to be the adoption of sun safe habits, including never intentionally tanning, applying sunscreen daily, wearing protective clothing, and seeking shade.