From Personal Loss to Professional Service 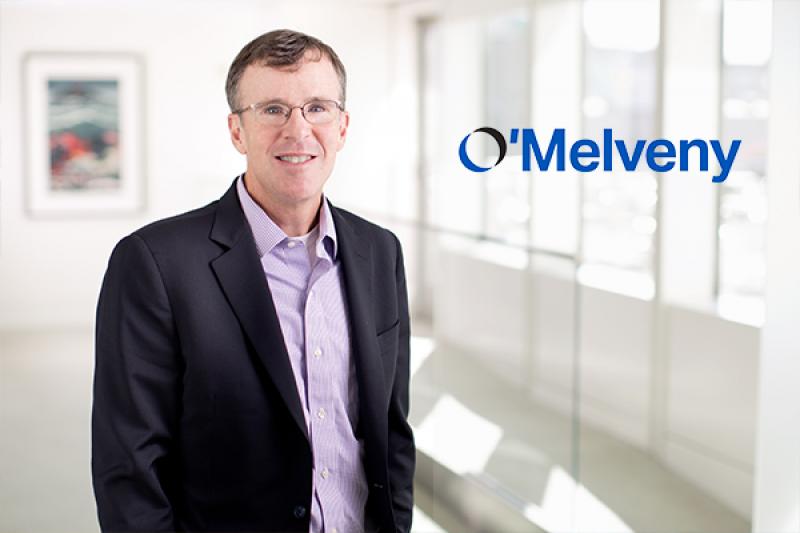 Since 2009, O’Melveny & Myers (OMM), an internationally recognized law firm founded in 1885, has served as pro bono counsel for the Melanoma Research Alliance. Over the last decade, the firm has advised MRA leadership and represented the organization in many areas, including grant agreements, HR policies, tax issues, intellectual property, and more – providing invaluable support to the organization and allowing it to focus solely on its mission while knowing its legal interests were taken care of.

“I want  to start by saying that MRA has never had extensive legal needs, but those that it does have, I’m glad that we’ve been able to jump in head first and handle them,” says OMM partner Steve Brody. “It’s not often that you have the opportunity to partner with an organization that is so committed to an issue that matters to you.”

That’s because, for Steve, MRA’s mission to end suffering and death due to melanoma isn’t just business, it’s personal.

“Growing up, my father was a doctor – a very fair skinned, red-headed doctor at that – so I grew up very aware of the potential for melanoma and other skin cancers,” says Steve. But it wasn’t until a close friend – Dave – was diagnosed with stage 4 melanoma in 2009 and declined rapidly until his death just months later, that he witnessed the tragic impact of melanoma.

Steve is a musician and was a member of a band that got together every Wednesday night for a regular jam session. The group consisted of six core members and a revolving cast of honorary members who brought the eclectic sounds of a saxophone, trumpet and even a flute to the progressive rock band.

“It was a lot of fun and a great way to spend time with friends,” remembers Steve. “We’d do this thing where we’d write and record an original song every week from start to finish. It really kept us on our toes.”

In 2009, Dave - the band’s bass player – decided to live out his dream of moving to California and settled in Santa Clara. Once there he started to wait tables as he got settled in his new home. While there, he noticed a suspicious spot on his leg that was changing shape and color. But, like many young people, he was without health insurance and ignored it for 6-9 months.

When he finally got the spot checked, the news was devastating. Stage 4 melanoma.

A Stage 4 melanoma diagnosis, even today, is very serious. At Stage 4, the disease has already metastasized throughout the body. In 2009, prior to the discovery of checkpoint immunotherapies and BRAF+MEK targeted therapies, the treatment landscape was bleak.

Dave moved back to Springfield, VA – in the DC suburbs – so that he’d have the support of his family as he underwent treatment. Despite the best efforts of Dave and his care team, his health rapidly declined.

The entire band came out to visit. They ordered pizza, watched football, and reminisced about good times gone by around Dave’s hospital bed. “He was barely recognizable,” remembers Steve. “We left knowing that we’d never see him alive again.”

Six months later, A.B. Culvahouse Jr. – the then chair of OMM – unexpectedly called Steve. He had just connected with Debra Black, the founder of MRA, about the organization and the two had discussed ways in which OMM could support the young organization.

A.B. had no idea of Steve’s recent personal experiences with melanoma, but he knew that Steve had significant experience working in the life sciences. A former Department of Justice lawyer, Steve had just finished litigation against big tobacco in which he represented the National Institutes of Health, Food and Drug Administration, and US Health and Human Services agencies.

He wanted to know if Steve would meet with MRA’s CEO to discuss the organization’s legal needs, and if appropriate, serve as point person at OMM to handle them.

Steve was delighted. He met with Wendy Selig, then CEO of MRA, at a local Starbucks. After the meeting, he prepared an engagement letter officially offering the services of OMM as MRA’s pro bono counsel.

“At the time, we weren’t entirely sure what legal issues MRA would face – but we quickly found a lot of areas where we could support MRA,” says Steve. “I laugh now, but as just one example, you have no idea how many phone calls to the IRS it took to get MRA included as a recipient of the Amazon Smile program.”

Fortunately for MRA, OMM does a wide variety of legal work in many specialty areas that they would now have access to. MRA has benefited from this deep bench strength, from trademark questions, tax issues, and even intellectual property.

“It has been great to see how everyone at OMM has been willing to jump in and take a look at issues for MRA on a moment’s notice,” says Steve. “It’s clear that being a lawyer at a firm like OMM is having the opportunity to support organizations like MRA.”

In 2021, OMM was recognized as #1 on the “Best of the Best” Law Firms by The American Lawyer’s A-List. The top ranking was earned by high marks in a variety of factors including commitment to diversity, revenue per lawyer, associate satisfaction, and pro bono work.

“Our longstanding commitment to pro bono work is an important factor that landed us as the number one firm,” says Steve. “I’m proud that we were recognized for our commitment to supporting worthy causes.”

In addition to serving as the main point of contact for MRA at OMM, Steve has also stayed informed on the incredible breakthroughs that MRA has championed over the last decade.

“Seeing the progress and knowing that I’ve helped make a tiny contribution to that progress over the years, that’s what this is all about,” says Steve. “It’s just incredibly rewarding – even above and beyond my personal connection to the cause.”

He continues: “I know that if Dave was diagnosed today, he would have so many more treatment options than he did in 2009. We are in such a different place than we were twelve years ago. It’s extraordinarily satisfying to be involved with an organization like MRA that has given people hope.”