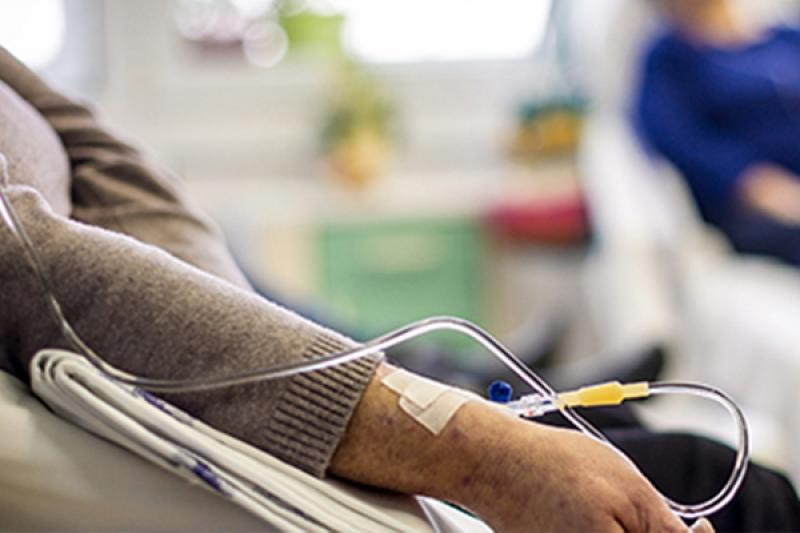 The Life or Death Distinction for Melanoma Patients

We’ve all seen the movie where the heroic cancer patient bravely moves through treatment as she deals with nausea, hair loss, and other side effects. For many cancer patients this picture is true, however imprecise. Hollywood has conditioned us to equate cancer treatment with chemotherapy. Twenty years ago this narrative was more or less accurate, but in a world where immunotherapies and other new treatments are increasingly being used, this narrative isn’t keeping up with today’s reality. For some people with melanoma, this stuck-in-the-past narrative may even be deadly.

In fact, immunotherapy, which has gained momentum over the last decade, has proven to be a game changer for melanoma treatment. Unlike chemotherapy, which works by stopping or blocking cells from growing, immunotherapy works by revving up a patient’s immune system to locate and then attack cancer.

Chemotherapy and immunotherapy can both produce side effects, or what researchers and clinicians call adverse events. While some patients don’t experience immunotherapy side effects of any kind, those who do should not take them lightly. With chemotherapy, side effects often arise because the medication affects cells that aren’t cancer but are also fast growing, such as those in hair follicles, in the mouth, and in the gastrointestinal tract. By comparison, because immunotherapy is super charging the immune system, in some instances the treatments can cause side effects when the body attacks healthy tissues, including critical organs.

Chemotherapies have been used for decades, and doctors around the country are more familiar with them in comparison to immunotherapy, which, relatively speaking, is still in its infancy.

Despite the fact that six checkpoint immunotherapies for various cancers have been approved by the FDA since 2011, some doctors, particularly those who don’t regularly treat people with immunotherapy, are not familiar with how adverse events may present, or how to manage them. This lack of awareness can delay lifesaving treatment from patients who are undergoing immunotherapy with sometimes dire consequences.

That’s why patients receiving immunotherapy are told to immediately report any side effects, big or small, to their prescribing physicians. Doctors monitor and help manage side effects using medication such as steroids so that patients can continue to receive their therapies. In other instances, therapy may be augmented or discontinued altogether. Left untreated, side effects can become life altering or even life threatening. They can also limit future treatment options by making patients ineligible for clinical trials or other immunotherapy agents.

In an interview published in the Washington Post, Drew Pardoll, director of the Bloomberg-Kimmel Institute for Cancer Immunotherapy at the Johns Hopkins University, said that, “Immunotherapy has a completely different side-effect profile than chemotherapy, and that has caught some physicians off guard.”

Jamie Goldfarb, a melanoma survivor and community leader on the Melanoma > Exchange, says, “Even people who are on immunotherapy sometimes call it chemo. People think the words are interchangeable and this can be so dangerous. When someone new to the melanoma world reads ‘I’m on chemo and it’s working great’ on an online community they may not think to ask questions and drill down to what this person actually means. This lack of specificity can unintentionally hurt other patients.”

This lack of patient awareness can also play out in emergency situations. For example, if patients end up in the ER and they don’t know what medications they are on, it can be very difficult to appropriately treat them. Patients should be empowered to be their own best advocates in situation like these—and always carry a list of their medications with contact information for their prescribing physicians.

The rise of immunotherapy underscores a ‘growing pain’ in the field of melanoma: as we get more treatment options, navigating, talking about, and selecting a treatment becomes more complicated. This is true for patients and doctors alike. With the current pace of research, this isn’t going to change any time soon. Ultimately this is good for patients because it means we are moving closer to achieving MRA’s mission of ending suffering and death due to melanoma. Growing pains hurt in the moment but are integral to coming out the other end stronger, faster, and more effective. That’s exactly what is being done in the field of melanoma today.

What Patients Can Do: