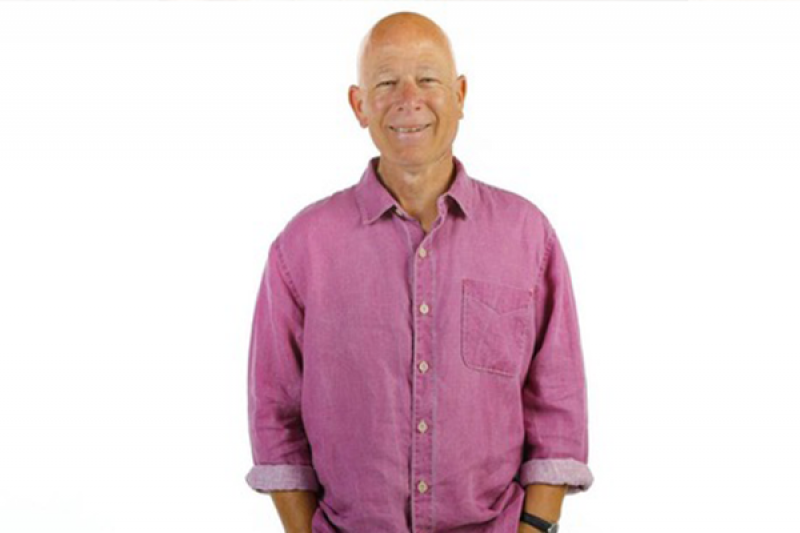 Dan Engel was sitting at the bottom of the stairs in his home, playing with his one-year old daughter when the sun, flooding through the skylight, illuminated his head. He remembers his wife saying: “Oh gee, you have a spot on your scalp. You better get that checked out.” This simple observation would kick off an almost 20-year journey with melanoma that would include biopsies, ten surgeries, six clinical trials, radiation treatments, and more. Not only that, he is committed to helping others who are just starting their own melanoma journey through Patient True Talk, a website he started to connect patients with similar journeys.

“That was it. That’s how melanoma came into my life,” says Dan. “It was like God looking down on me and my family and shining light on my scalp.”

Today, this melanoma veteran is cancer free, but the journey he took to get to this point was long and hard. In 1999, when he was diagnosed, there were few options to treat melanoma. Modern day immune-checkpoint and targeted therapies had not yet been discovered. Treatments that did exist were not particularly effective and brought with them severe side effects. Dan learned that the five-year survival rate in 1999 for stage IV melanoma was less than 5%. The odds were literally against him.

After having his primary melanoma tumor surgically excised, Dan underwent a complete neck dissection on the right side of his neck just ten days later because one of his sentinel nodes tested positive for melanoma. He then enrolled in a vaccine clinical trial that he hoped would keep the melanoma from recurring. For five years, there were no signs of recurrence. However, about a year after the trial ended Dan felt something just under his ear. After a quick trip to an Ear Nose and Throat (ENT) specialist, and another biopsy, he was told for the second time that he had melanoma. He had two soft tissue metastases, a tumor in his parotid gland, and tumors in the lymph nodes in the right side of the neck.

At this point, following surgery to remove the resectable tumors, Dan’s doctors recommended following up with high-dose radiation. He also enrolled in his second vaccine-based clinical trial that he hoped would train his immune system to recognize and attack any remaining microscopic traces of disease.

A few months later, he noticed a “pebble” on the side of his neck. A punch biopsy quickly confirmed what he feared; the melanoma was back. At the first follow-up scans following his third neck dissection, his doctors found more tumors – in both sides of his neck and his right underarm. At this point, Dan and his doctors decided to move forward with an aggressive experimental treatment consisting of three chemotherapy agents (Dacarbazine, Vinblastine and Cisplatin) and two immunotherapies (Interferon and IL-2), called biochemotherapy. Due to the toxicities and dosage of the cocktail, it was administered over five days in hospital and then repeated every three weeks.

Dan made it through four grueling rounds. He’d lost 35 lbs., his hair had fallen out, and he had even hallucinated in the hospital. Although the tumors shrunk after two rounds, they remained static after the third and fourth.

“This is where I really struggled with some dark thoughts,” said Dan. “I remember a nurse sitting with me for over two hours one night between 2 am and 4 am, just talking and calming my fears. The compassion that he showed me was unbelievable.”

They were back to surgery. First, on the right side of his neck, the underarm and to remove the portacath. Three weeks later, the left side lymphadanectomy. They followed this up with another “maintenance clinical trial” of high dose interleukin-2 and GMCSF – which they hoped would once again prime his immune system for attack. This time, he was able to withstand a month before he discontinued therapy due to another recurrence in the left side of the neck.

“I really started to wonder if I was going to make it,” says Dan. After redoing the left lymphadenectomy, he took some time and went to Hawaii with his family and then to Las Vegas to see Elton John. He was knocking off bucket-list items.

He was back at it, this time with a combination of chemotherapy agents Carboplatin and Paclitaxel with an early targeted therapy called Sorafenib. Despite this new cocktail, tumors kept growing and appearing in altogether new places. “At this point, I could feel them through my skin and on my back and chest. I’d never had that before,” says Dan.

Dan needed a miracle. At this point, he’d had six surgeries on his neck, endured radiation therapy, and been enrolled in five clinical trials. His latest scans showed eight tumors, including subcutaneous tumors and lymphatic disease. Dan’s miracle came in 2006 in the form of an experimental drug, ipilimumab or anti-CTLA4 antibody, that would later be named Yervoy. This drug would later become the first new FDA-approved melanoma treatment in 13 years.1

“I could literally feel the tumors on my back and chest just shrinking,” says Dan. After 4 rounds all the tumors had melted away into nothing.

The success would be brief. Three months after the last treatment melanoma was back. Dan could feel the tumor on his chest and knew what the scans would show. He was not prepared though for the brain MRI results. The MRI revealed that melanoma had metastasized, or spread, to his brain. Brain mets are not only a frequent and often deadly problem in patients with advanced melanoma they are also a common exclusion criterion in clinical trials, like the one that had given Dan access to ipilimumab.

Even today, brain mets can be a devastating discovery. Due to the brain’s fortress-like ability to keep substances from entering it, many drugs aren’t effective. Learn more about MRA’s work to tackle brain mets here.

Dan and his doctors turned to gamma knife surgery (really a highly targeted form of radiation) to target and shrink the tumor in his head. Three days after gamma knife surgery he had the new subcutaneous tumor on his chest removed under local anesthesia. Fortunately, the clinical trial in which he had enrolled for ipilimumab had a follow-up “reinduction” trial that provided another four doses of ipilimumab, as scans showed three more lymphatic tumors around his heart.

Scans after the first two doses showed that Dan had achieved no evidence of disease (NED).

For an additional 6.5 years, Dan received quarterly maintenance ipilimumab infusions and scans. At this point, Bristol Myers Squibb cancelled the maintenance treatments. Dan’s doctors suggested he get semi-annual scans for another two years. After six months, however, when Dan had been NED for over seven years, his doctor said he no longer needed scans.

“I was told that I was done, so I asked if I was cured,” says Dan. As simple as that, his doctor responded ‘yes.

That was four years ago. And while Dan may be cured from melanoma he’s still committed to helping other people who are just starting or in the thick of their own journey with cancer.

“You just don’t get six chances at life if not for good reason,” Dan jokes.

Dan is using all six chances to pay it forward by founding and recently launching PatientTrueTalk.com, the first patient-to-patient registry that helps match patients and caregivers with other people with your same diagnosis or have had similar treatments.

“When I was diagnosed and faced my first clinical trial, I desperately wanted to speak to someone who went before me. Among other things, I wanted to know about side effects, life during treatment, state of mind, pain, etc., or basically everything I read about in the informed consent form,” says Dan.

Dan hopes that PatientTrueTalk.com will help fill this void for the next generation of people fighting cancer.

“I believe that there are thousands and thousands of survivors like myself who provide informal advocacy on an ad-hoc basis all the time, and that would love to be part of a more organized effort to help fellow patients and their families. The only thing missing is the technology platform to aggregate those survivors,” says Dan. “PatientTrueTalk.com fills that void.”

Learn more about and sign up for PatientTrueTalk.com here.