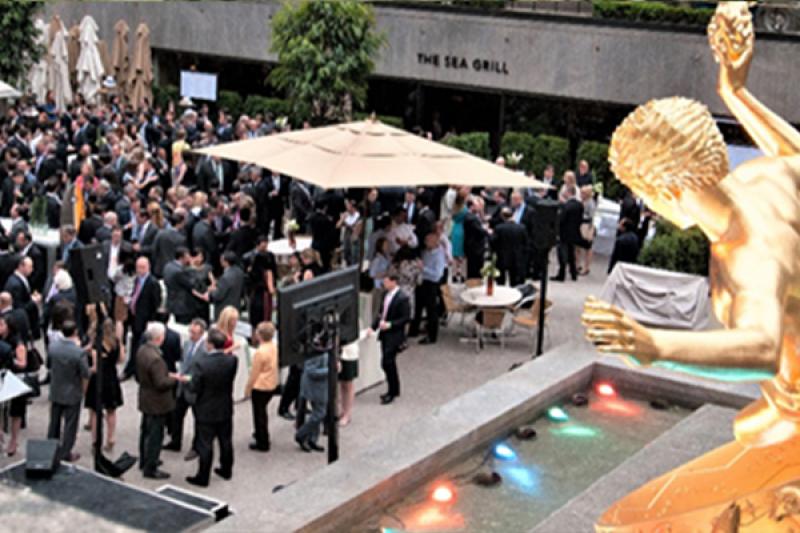 On May 23, 2018 more than one thousand professionals from the leveraged finance and finance community at-large will come together in the fight against melanoma for the seventh annual Leveraged Finance Fights Melanoma (LFFM) benefit and cocktail party. The event, held each year in the Rockefeller Center’s summer garden, has raised over $8.6 million to advance the Melanoma Research Alliance’s global research programs.

Melanoma is the deadliest of skin cancers. In fact, more than 91,000 Americans will be diagnosed with melanoma this year —roughly one person every six minutes, and incidence of the disease continues to rise. Thanks in part to research funded by the Melanoma Research Alliance, the prognosis for people diagnosed with late-stage disease is improving dramatically, but people diagnosed with late-stage melanoma still face long odds. The need for further research into better methods of preventing, diagnosing, and treating melanoma is as urgent as ever.

“I’m proud of what we have accomplished through LFFM,” said LFFM co-founder Jeff Rowbottom. “Brendan Dillon and I had no idea in 2011, when we started this event, that it would bring together so many people to support one another and have such a significant impact in funding breakthrough research leading to treatments for patients.”

Funds from previous LFFM events have supported cutting-edge cancer research which has helped patients with all types of cancer live longer, fuller lives. In fact, treatments first pioneered with melanoma are now approved treatments for bladder, Hodgkin’s lymphoma, and head and neck cancer; and are being tested in an additional 30 more!

Not only does LFFM raise critical funding to accelerate research, it also educates attendees on the dangers of melanoma and the importance of sun safety and early detection. If melanoma is found early— before it has spread beyond the skin—it is almost always treatable. Past events have led to attendees scheduling skin checks and even to the discovery and treatment of several early-stage melanomas.

Tickets start at $300 and may be purchased by visiting www.curemelanoma.org/RegisterLFFM.

Learn more about the event at www.curemelanoma.org/lffm.