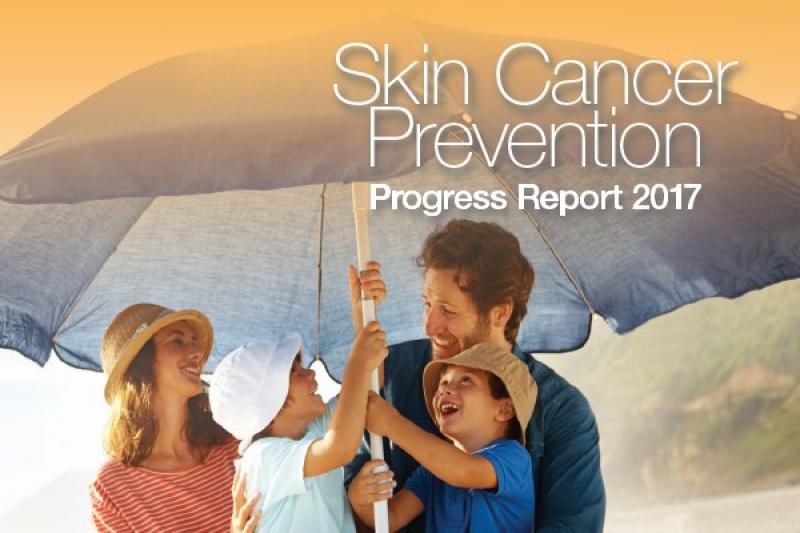 On July 29 2014, Dr. Boris Lushniak, the then acting U.S. Surgeon General at, issued a landmark call to action when he declared skin cancer as a major public health problem. He called on everyone, from government agencies to community-based organizations to schools to come together to increase awareness of skin cancer and ways to reduce risk. Since the Call to Action, The Centers for Disease Control and Prevention (CDC) has released an annual report each year documenting progress, celebrating success, and identifying areas where improvement is needed. The key areas of the Call to Action and the update from the CDC 2017 Progress Report are highlighted below.

The 2014 Call to Action was issued after the Melanoma Research Alliance worked diligently with the Surgeon General and the Assistant Secretary of Health Howard Koh to emphasize skin cancer as a critical issue facing the American people. MRA applauds the Department of Health and Human Services and the Surgeon General’s office for focusing on this issue and are thankful that the Centers for Disease Control & Prevention continues to highlight the importance of this issue through the release of annual progress updates.

Prior to this, the Surgeon General had never explicitly highlighted the impact on society and damaging effects of the sun and ultraviolet (UV) light. As the most commonly diagnosed cancer in the United States, nearly 5 million people are treated for skin cancer each year with annual cost estimated to be over $8 billion. While most skin cancers are highly treatable if detected early, many are disfiguring and some can be life threatening. This includes melanoma, the deadliest skin cancer. Of greatest importance, nearly all cases are preventable through sun and UV-safe practices.

Since the Call to Action, communities across the country have mobilized to expand prevention practices in the five areas outlined in the report:

While Melanoma accounts for just 2% of skin cancers in the United States, it is by far the most deadly. The U.S. National Cancer Institute estimates over 87,000 people will be diagnosed with melanoma in 2017 with 9,700 deaths anticipated.

According to the CDC Progress Report’s authors, between 2007 and 2014, there was a reduction in the melanoma death rate from 2.7 per 100,000 to 2.6 per 100,000. This represents an encouraging trend toward achieving the objective of 2.4 deaths per 100,000 individuals set forth in Healthy People 2020. Despite these encouraging trends, almost 34,000 people were treated in the emergency department for sunburn-associated injuries in 2013. Taken together, these visits cost over $11.2 million and demonstrate the need to redouble prevention efforts in this country.

Other Highlights from the Report:

Indoor Tanning is Down for both Adults and Young People: Rates of indoor tanning are down for adults as well as high school students who are among the most common users. Rates among adults have decreased from 5.5% in 2010 to 3.5% in 2015. Among high school students, the rates have been more than cut in half; from 15.6% in 2009 to 7.3% in 2015. Despite these reductions, an estimated 7.8 million adults and just over 1.5 million high school students are still tanning regularly.

Vitamin D and Sun Protection: People who understand that recommended levels of vitamin D are available from dietary sources were more likely to protect their skin from the sun while outside. Inversely, people who believed that indoor tanning was an effective way to get vitamin D were more likely to tan indoors and outdoors. The findings shared in an article published in March 2017 by Preventive Medicine, suggests that sun cancer prevention messages may be more successful if they incorporate information about getting adequate levels of vitamin D while minimizing risk from UV exposure.

The report closes by highlighting the need to make skin cancer prevention a higher priority for all Americans to address the burden of skin cancer in the United States.