Melanoma at 33: A Testament to the Importance of Early Detection 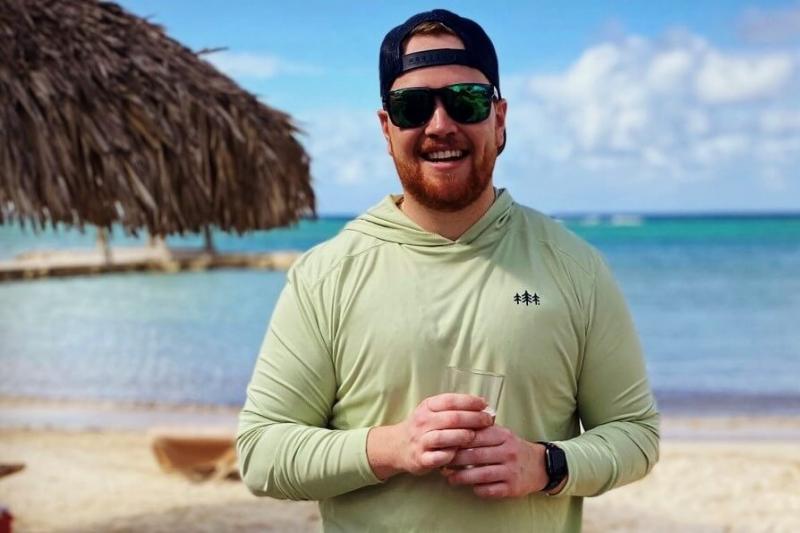 Before he landed his current office job in the energy sector, Matthew Ruiz worked outdoors for many years. He, along with many of his colleagues in the field, took very few precautions to protect themselves from harmful UV rays. This mentality of invincibility felt like a product of his environment: “There is definitely a stigma around wearing sunscreen – or taking other steps to be sun safe – in the outdoor labor force,” Matthew reflected. “People, especially men, shrug it off as unnecessary.”

As is the unfortunate reality for many people with a history of significant sun exposure, this lifestyle came full circle for Matthew in 2018 when he was diagnosed with melanoma. Matthew was just 33-years old when he noticed an odd red mark on the back of his neck when getting a haircut. While not immediately concerned, Matthew brought it up to his wife and family members over the following couple of weeks.

Ultimately, Matthew knew something wasn’t right, considering how the mark seemingly came out of nowhere and had not disappeared. He decided to go with his gut and schedule an appointment with a dermatologist – a decision that may have saved his life.

At first, his dermatologist didn’t seem overly concerned, but mentioned that Matthew could have it removed if he wanted to. This didn’t sit well with Matthew, so he listened to his gut and saw a plastic surgeon who biopsied and removed the lesion the following week. 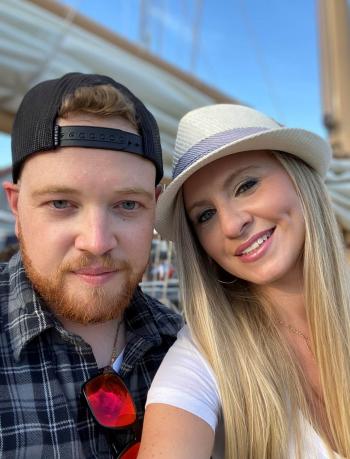 Just a few days later, Matthew missed a call from the surgeon. “I could tell by his tone of voice that something was wrong,” remembered Matthew. Once he was able to connect back with his surgeon, Matthew learned that the removed lesion was actually melanoma. He would have to return for another surgery – known as a wide local excision – to ensure they removed all of the cancer.

Matthew wasn’t sure exactly what to expect when he arrived for his second surgery. To his surprise, he did not undergo anesthesia for the procedure, instead only local numbing. And while wide local excisions are intended to be an outpatient procedure with a relatively straightforward recovery – the location of Matthew’s excision provided unique challenges. Due to the sensitive nature of the neck, Matthew struggled with mobility issues and sleep in the aftermath of surgery.

He was also left with a large scar across the back of his neck – a jarring sight for him and his close family and friends. “Seeing the scar made the diagnosis finally feel real,” remembered Matthew. This was an emotional time for him. He felt vulnerable following his surgery and was experiencing a lot of anxiety and fear that often comes with a lifechanging diagnosis. Get tips and other resources for patients recently diagnosed with melanoma.

Ultimately, Matthew’s melanoma was confirmed as Stage 1A – an early-stage diagnosis that did not necessitate lymph node removal. This meant that the next step in his journey was creating a follow-up plan to closely monitor his skin.

Getting a Second Opinion

Like many patients, Matthew sought out a second opinion to try and help him sort through the overwhelming information that surrounds a melanoma diagnosis. In melanoma, because of the fast-moving pace of research, second opinions can be a critical step – giving you a different perspective needed to make the best, most informed decisions. Because of his proximity to New York City, Matthew gravitated towards Memorial Sloan Kettering Cancer Center (MSKCC) – an NCI-Designated Cancer Center with access to many clinical trials and other supportive services. There, Matthew met with Dr. Alan Halpern, an MRA-funded researcher and member of MRA’s Scientific Advisory Panel, and together with his local dermatologist formed a plan for his follow-up care.

The first step for Matthew was having his entire body photographed at MSKCC through a process known as Total Body Photography. Total Body Photography captures high-quality baseline imaging of your entire body, head to toe, in order to track any changes over time. Not only are the photos of a patient’s entire body captured, each image is carefully taken at extremely high-resolution and are often integrated with artificial intelligence (AI) systems to help the dermatologist identify new or changing lesions. Total Body Photography gave Matthew some peace of mind that all of his lesions would be monitored with the utmost scrutiny, but it was still a bit uncomfortable. “You go from some degree of privacy to giving that all away,” he said. “You have to be comfortable with being uncomfortable when it comes to a diagnosis like this.”

Once his photos were captured, Matthew began an alternating schedule of visiting either his local dermatologist or Dr. Halpern every three months. At MSKCC, they used the initial images from his Total Body Photography session as a baseline to compare against any new or changing lesions. Now, coming up on the 5-year anniversary of his diagnosis, Matthew will ‘graduate’ to only going to his dermatologist every 6 months. 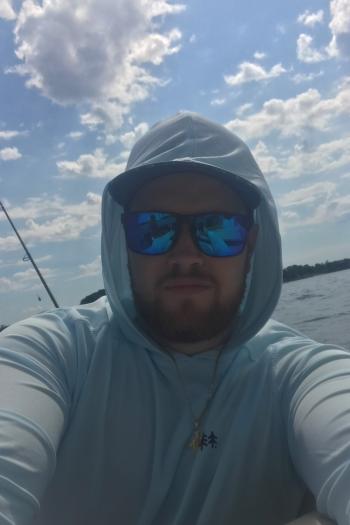 As Matthew approaches this important milestone, he is on a mission to raise awareness of melanoma among colleagues, loved ones, and anyone who will listen to his story: “I don’t want sympathy, I just want awareness,” he explained. This includes sharing messages about sun-safety and protecting your skin – and challenging the pervasive notion that those messages don’t apply to men.

“There is a lot to learn very quickly after a melanoma diagnosis about how to live life sun safe,” said Matthew. He recalls how after his diagnosis, he initially leaned heavily into sunscreen as a first-line defense against UV rays. But he ultimately found that UPF protective clothing and shade worked better for him. Now, he only uses sunscreen on parts his body that aren’t covered by clothing. “It’s important to apply sunscreen every day – but you have to remember to reapply it,” said Matthew. “It was a lot more convenient for me to find protective clothing that I felt comfortable in, and it fits into an active lifestyle.”

As far as the stigma around men taking care of their skin, Matthew hope’s his experience shows why sun safety is so important for everyone – regardless of gender, age, or skin tone. “You won’t find a lot of men talking about this,” he said. “A lot of these messages and products are more often targeted towards women.”

Today, Matthew continues to enjoy life sun-safe, spending time doing the things he loves with friends and family, and being a sun safety role-model for the people he works with – a testament to the importance of early detection and “going with your gut,” as he puts it. Matthew’s message? “Take action, be sun-safe, feel good in your skin, and enjoy life every day.”