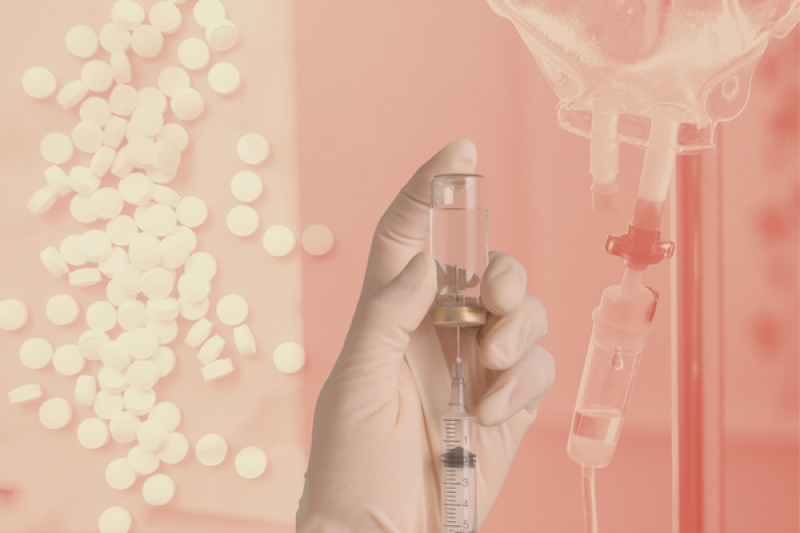 Over the last few decades, the melanoma research community has made tremendous progress detecting several genes that when altered cause melanoma, including those involved in melanoma’s growth and development. In addition, scientists have uncovered key enzymes that regulate the expression of critical tumor-associated genes — called epigenetic factors. Such “epigenetic” influences include enzymes called histone deacetylases (HDACs) and lysine demethylases (e.g. LSD1) both affecting the way in which proteins called histones interact with DNA leading to specific structural changes in the DNA ultimately regulating gene expression. Researchers have shown these epigenetic factors are involved in the drug resistance that melanoma patients acquire after being treated with targeted therapies, as well as with tumor progression and metastasis.

Consequently, a new area of investigation in cancer biology, and melanoma research in particular, is to develop specific and sensitive therapeutic agents targeting these epigenetic factors. Some drugs have been developed that specifically inhibit HDAC and LSD1 but MRA-funded investigator Dr. Rhoda Alani, of Boston University, reported on the development of a novel “dual warhead” compound called corin that can block both. She anticipates this dual-action compound will aid in avoiding the development of rapid drug resistance seen with single-agent melanoma therapies, while also steering clear of the regulatory issues that can slow the development of combination therapies for cancer. She expects corin, the dual-action compound, to be more selective than current single-agent treatments for the same targets because of its ability to target enzymes existing in the same biological complex.

Dr. Alani’s studies of corin in mice with melanoma found it significantly reduced tumor growth without causing serious side effects and that tumor growth inhibition was significantly improved over what was observed with either an HDAC inhibitor or an LSD1 inhibitor alone or in combination. Encouragingly, she also found that when she added corin to melanoma cells resistant to the effects of BRAF targeted therapies, the compound restored the cells’ ability to respond to these drugs. Corin’s effects on certain aspects of an immune response to cancer suggest it might also synergize with cancer immunotherapies, Alani said. While exciting preclinical data has been generated, more research is needed before moving this work into clinical trials.

FAK1 Inhibition as a Treatment Strategy

MRA-funded investigator Dr. Daniela De Zio, of the Danish Cancer Society Research Center in Copenhagen, focused on a different molecular pathway involving a different enzyme, FAK1. FAK1 plays an important role in tumor growth and metastasis. Through her MRA Young Investigator Award, she discovered the role of FAK1 indirectly while studying the protein AMBRA1. Low levels of this protein expressed by the epidermis overlying a melanoma tumor is associated with a poorer prognosis. When she genetically knocked out the AMBRA1 gene in melanoma tumors grown in mice, not only did their tumors grow, they became metastatic, unlike the mice who still had the functioning AMBRA1 gene. Zeroing in further she found a loss of AMBRA1 enables melanoma cells to take on the traits of invasive metastatic cells, including the ability to digest the matrix surrounding them and migrate.

Additional analyses in mice revealed that this transition to a more metastatic state depended on a lack of AMBRA1 triggering boosted FAK1 signaling. When she gave mice lacking AMBRA1 a FAK inhibitor “there was a dramatic reduction of tumor growth and invasion,” Dr. De Zio said. “We propose FAK1 inhibition as a treatment strategy for melanoma patients whose tumors have low to no AMBRA1,” she concluded. She is currently assessing the roles AMBRA1 and FAK1 in tumor samples from patients with early-stage melanoma and how these genes affect their responses to targeted and immune therapies.

Both Drs. De Zio and Alani’s research show the importance of understanding and therapeutically targeting not just the flawed or altered genes identified in melanoma, but the proteins in a number of complex molecular pathways that play a unique role in cell growth, progression to metastasis, and the development of resistance.

MRA Young Investigator Dr. Ku-Lung (Ken) Hsu, of the University of Virginia, is working to uncover additional key proteins involved in melanoma — and the immune response to it — with the hope of discovering future therapeutic targets. A chemist by training, Dr. Hsu developed a new technique to determine the activity of proteins within single cells using fluorescent probes. Dr. Hsu noted that typical laboratory studies lump together hordes of cells and then analyze all the proteins they produce, but this bulk approach can miss important differences between cells. In addition, Dr. Hsu’s novel probes are able to penetrate inside cells and can indicate when — and if — a specific protein is active. One of the probes designed to detect the activity of an individual protein can also report on a wider network of interacting proteins, which is key to understanding its mode of action. “If we can identify the proteins responsible for the mode of action of probe compounds, the hope is that we can start investigating these various proteins as therapeutic targets,” Dr. Hsu said.

Dr. Hsu also expects his technique can help detect the most active tumor-fighting T cells which can then be harvested, multiplied, and reinserted back into patients with a type of melanoma treatment known as adoptive T cell therapy. At the 2022 MRA Scientific Retreat, Dr. Hsu reported he was able to use one of his probes to show how the activity of an enzyme involved in fueling T cells varies in different subtypes of T cells responding to tumors.

Another exciting new target for melanoma therapy is the important signaling that occurs between immune cells and tumor cells via ‘tiny sacs’ called vesicles released by tumor cells, Dr. Simon Heidegger of the Technical University of Munich reported. “It’s a new paradigm in intercellular communication,” he said. These extracellular vesicles (EVs) carry a vast array of molecules that can influence the behavior of the cells that receive them.

Although researchers traditionally suspected EVs enabled tumors to evade an immune response and fostered tumor progression, Dr. Heidegger discovered that tumor cells can produce immune-stimulating EVs when they are activated by key receptors inside cells that react to certain aberrant or foreign nucleic acids. This encounter prompts tumor cells to package the foreign tumor-specific nucleic acids into EVs that ultimately stimulates a T-cell anti-tumor response. In this way, these EVs actually enhance an immune response to tumors, Dr. Heidegger found from data generated in mice and human melanoma cells.