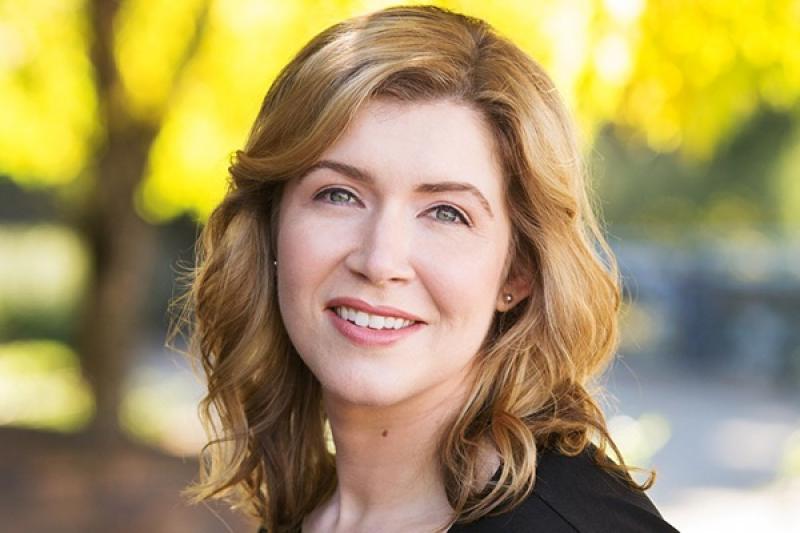 Regardless of stage, a melanoma diagnosis can change everything. For Summer Kramer, it has influenced where she lives, her approach to parenting, how she spends her time, how she prioritizes what’s important and her bottom-line.

Summer, a 40-year-old PharmD with a passion for data and health sciences, lives in Portland Oregon with her husband and 10-year-old daughter. She works for a small Boston-based company applying AI to improve health outcomes. And while her passion for data and the health sciences keep her employed; it is her experience with melanoma that moved her to build SUMMERSKIN – a sun protective clothing brand sold online.

A year in, while working her way through the program, Summer became concerned with a small mole on her lower left leg. It had been there for years – and while it didn’t fit the traditional ABCDE’s of skin cancer – it did occasionally itch and develop a white halo around its borders.

Not wanting to take any chances, Summer raised it with her primary care doctor who assured her it was nothing to worry about, though Summer continued to have concern and watched it closely.

A year later, in 2007, she asked that it be removed and biopsied; and while the doctor continued to believe there was nothing to be concerned about, she moved forward with the procedure.

A week later, at just 26-years old, Summer was diagnosed with melanoma.

“I put a lot of my survival and my prognosis on my patient intuition, on my gut instinct,” says Summer. “If I had waited six months longer, I might be in a very different situation.”

Summer admits the diagnosis should not be a surprise, “I am a blonde, fair-skinned woman who for years had spent the summer months in the sun and used tanning beds to achieve that desired golden tan. The warnings about sun and tanning bed exposure fell on deaf ears in my teens and early 20’s, and as with most teenagers, I felt immune to ‘cancer.’ When I was younger, my feeling was that even if I did get skin cancer, it wouldn’t be until I was much older and I would deal with it then.”

Summer’s tumor was 0.22mm thick and classified as in situ or “Stage 0.” Today, such melanomas are removed with smaller margins than what was used for Summer’s surgery. Her surgery – and the required healing – curtailed her running and other activities over the next year.

The good news, melanoma in situ is usually cured through surgery alone. However, there are no guarantees, and Summer soon learned that she would need to be extra vigilant about sun safety, self-exams, and seeing her dermatologist regularly – starting with every 3 months for the first few years.

In addition, having confronted melanoma, Summer was eager to get out of the New Mexico sun. She pushed through on her PharmD, and with degree in hand, moved back to Oregon in 2009 and began a career in health systems and clinical research.

While following her career path, Summer found herself also chartering her own venture in sun protective clothing. As with most who experience melanoma, often the physical scar left is far less impactful than the on-going worries of ‘will it return?’

“I had learned that as a melanoma survivor, I was at 9-times the risk of developing a second melanoma,” says Summer. “That was the scary reality I faced – and I was determined to do everything I could to lower that risk.”1

In her pursuit for sun protective clothing, the options came up short for her.

“There was just nothing that felt age appropriate or didn’t make me feel like I should be fishing, golfing, or at some other sports event,” recalls Summer. “I also started to do my own research into what went into sun protective clothing.”

While all clothing offers some protection from the sun, some fabrics are specially designed (and tested) to offer you measurable protection, what experts call UPF clothing. UPF, or Ultraviolet Protection Factor, is used to measure the effectiveness of sun protective clothing. Specifically, UPF indicates what fraction of the sun’s ultraviolet (UV) rays penetrate the fabric - meaning that the higher the UPF rating, the more protection it offers you.

“I quickly realized that sun protective clothing was limited in style by the available fabrics with sun protective qualities and that most fabrics in this genre were nylon and polyester based, which don’t lend themselves well to the breathability or comfort of the garment in the warmth of the sun,” says Summer. “Basically, I decided I was going to create clothes that didn’t announce to the world that I was wearing ‘UPF clothes.’”

Summer bought a fashion sketchpad, and in her spare time, began to feverishly sketch styles of clothing that she could see herself actually wanting to wear. Five years after her diagnosis; three years after returning to Oregon; and after a few years of exploring fabrics, fashion, and landing on the brand name of “SUMMERSKIN,” – Summer launched her new business in 2013 backed by a combination of personal savings, a small business loan, and Kickstarter crowd-funding.

Since then, SUMMERSKIN has continued to expand to rave reviews of style-experts and dermatologists, alike, and has been featured in publications including Better Homes & Gardens, InStyle, and Today.

“I’m so proud of what SUMMERSKIN has become and of the many people we’ve been able to help protect themselves from the sun,” says Summer. “ I started this company to help prevent and someday beat melanoma, and we’ve never lost sight of that purpose.” 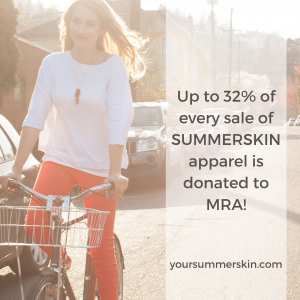 For Summer, the bottom-line of what she wants to achieve with SUMMERSKIN is not about personal gain, but is instead about advancing a mission. SUMMERSKIN isn’t about making money, it’s about sun-safety and ensuring others not face the physical and emotional toll that a melanoma diagnosis, of any stage, can too often bring.

As part of this mission, SUMMERSKIN has regularly partnered with and supported non-profit organizations who share the same goals and over the years she has become familiar with all of the nonprofits bound together in the fight against melanoma. Through learning about the melanoma community, Summer became a fan of the Melanoma Research Alliance (MRA).

Summer was attracted to MRA’s mission of ending suffering and death due to melanoma by advancing research and the level of transparency on all aspects from financials to peer review. She also liked that MRA could promise 100% of proceeds donated could directly go to research – something that few other organizations can match.

In 2018, Summer approached the Melanoma Research Alliance with an unusual pitch. She proposed installing ‘vending machines’ that could promote MRA sun safety messaging while making SUMMERSKIN’S UPF clothing easily available at sites where people need it the most, such as the beach or at high-trafficked pools.

Despite mutual interest in the idea, and both party’s best efforts, the idea did not come to fruition. However, it lit a spark of mutual admiration and a strong desire to revisit a potential partnership when the time was right. 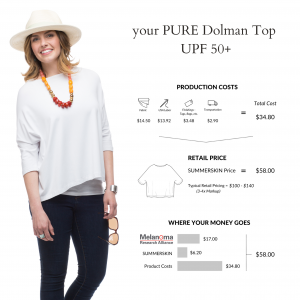 Now – as Melanoma Awareness Month begins and COVID-19 vaccines become more widely available – 2021 seemed the perfect time to move forward; and with that, the SUMMERSKIN/MRA partnership was launched. From May 1 – September 1, all of Summer’s inventory has been clearly tagged showing how much of each purchase will go to support research at MRA, with between 23% and 31% of the total sales price for each item going directly to melanoma research. Learn more about the partnership here!

“There are so many ways that those confronting melanomas can make a difference. Some share their stories, others raise funds, some enroll in clinical trials, and others focus on educating about sun-safety” said Michael Kaplan, President & CEO of MRA. “At MRA, we know research can make a real difference in the lives of patients, but just as true, we also know patients can make a real difference in moving research forward, and we couldn’t be more delighted with Summer’s partnership in this.” 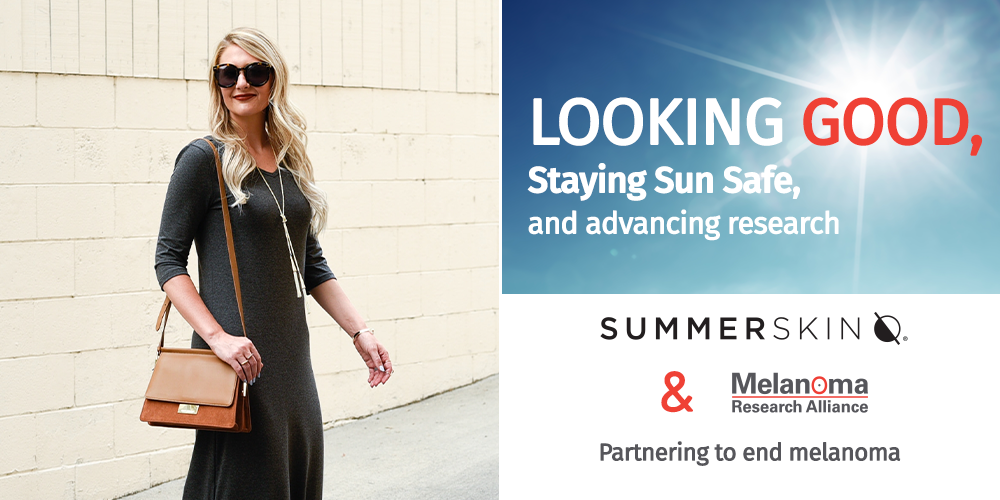