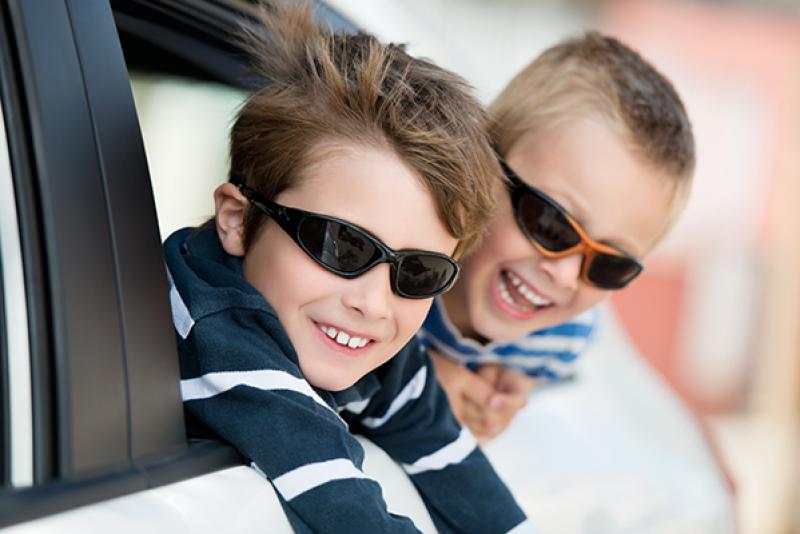 With the launch of summer comes conventional discussion around ranking sunscreens, and chatter between the experts to parse what should be considered in choosing the most effective among them. It’s also a key conversation among parents heading into the season with an eye on protecting their children from sun exposure. Yet, something remaining a central concern among those parents is the public policy surrounding use of sunscreen in schools.

Due to the classification of sunscreen as an over-the-counter drug, regulated by the Food and Drug Administration (FDA), the majority of states across the US prohibit sunscreen in schools without a prescribed note from their doctor. Concurrently, eight states have pending legislation that gives assent to sunscreen use in schools, while seven additional states have passed a law that allows students to apply it.

Inconsistent with the recommendation of dermatologists for regular use of sunscreen to help protect children against irreversible sun damage, the law frustrates parents and doctors alike. According to the CDC, one sunburn in childhood nearly doubles a person's lifetime risk of being diagnosed with melanoma, the most dangerous form of skin cancer.

According to Chicago dermatologist, Dr. Amy Brodsky, because adolescent skin is not fully developed and skin cells divide at an accelerated pace compared with adults, children have a particularly high risk for ultraviolet radiation skin damage. Brodsky considers applying sunscreen to children a way of life — as is eating healthy food and exercising. It’s why she has focused on educating federal legislators on the barriers to sun safety in schools.

Brodsky, also a mother and president of the Pediatric Sun Protection Foundation (PSPF) is a member of the American Academy of Dermatology Association, which represents more than 13,000 dermatologists worldwide. Following efforts of the Pediatric Sun Protection Foundation and the American Association of Dermatology, Congress successfully submitted and passed House Resolution #282 in second quarter of 2017, which takes steps to address the importance of substantially reducing melanoma and non-melanoma skin cancer through education by underscoring the dangers of childhood sun exposure.

In May, the Senate also passed a bipartisan measure designating May ‘Melanoma Awareness Month,’ while passing a resolution that includes supporting research for prevention, detection, treatment and a cure for melanoma. The resolution encourages the use of sunscreen and protective clothing and supports initiatives in the medical community to help spread awareness about the importance of regular skin checks and proper sunscreen application.

Issues related to sun safety for children have long prompted Brodsky to become the proponent she is, aiming her efforts directly to Washington. She contends that implementation of rules and regulations surrounding sunscreen application may have more to do with liability than anything else. “If sunscreen is applied incorrectly, a child is susceptible to being burned,” she says. “If an inadequate amount of sunscreen is applied, there too a child faces the prospect of an injurious burn.”

A continuing sun exposure issue, equally important in shielding children and adults, is the level of sunscreen protection. Though parents previously found it useful to trust brands designated as sunblock, the term is now nonexistent. In 2011, after 33 years of consideration, the FDA took steps to modify how sunscreens are identified for consumers. The new set of rules — which went into effect in 2012, also eliminated claims by sunscreen manufacturers that some are waterproof or sweatproof. New rules maintained that only sunscreens having a sun protection factor (SPF) of 15 or higher would be permitted to claim they help prevent sunburn or reduce the risks of skin cancer.

Other rulings have significantly altered the $680 million domestic market for sunscreens as well. US regulations have identified the significance of blocking the range of UV wavelengths to help reduce skin cancer risk. Although US products only measure SPF based on protection against ultraviolet B rays, which cause sunburn, nothing denotes how much protection there is from ultraviolet A light, which is linked to aging and skin cancer.

A number of sunscreens with SPF 50 or above, and labeled “broad spectrum” — protecting against both UVA and UVB rays — have not met higher sun-blocking standards created by the European Union. That may indicate a need for new UV filters in US products according to a study team in the Journal of the American Academy of Dermatology.

Brodsky affirms it is pediatricians that parents listen to most for advice on protections for their children. She created a ten-year plan that includes the goal of securing a mandatory sun protection curriculum for every US school to stipulate all are doing the same thing, at the same time, during the same part of the day. “It may be possible that doctors could incorporate educational information and guidance into their billing which may incentivize critical information sharing, like distributing collateral materials that explain the importance of sun safety,” she says.

The single factor everyone agrees on is the significance of sun safe practice for children from the start, as the potential harm caused at that stage of life extends well beyond. “We have to ensure these policies are part of school curriculum and that the means for protection is accessible,” says Brodsky. “I look forward to the day when sunscreen is available by dispenser on every playground.”

To learn more about how to protect you and your family from the risk of melanoma, see MRA’s prevention tips here.

The Pediatric Sun Protection Foundation’s mission is to prevent skin cancer by educating children and caretakers about the dangers of childhood sun exposure. This philanthropic endeavor was founded by dermatologist, Dr. Amy Brodsky, in 2012.