The Microbiome, is it the Deciding Factor for Immunotherapy Success? 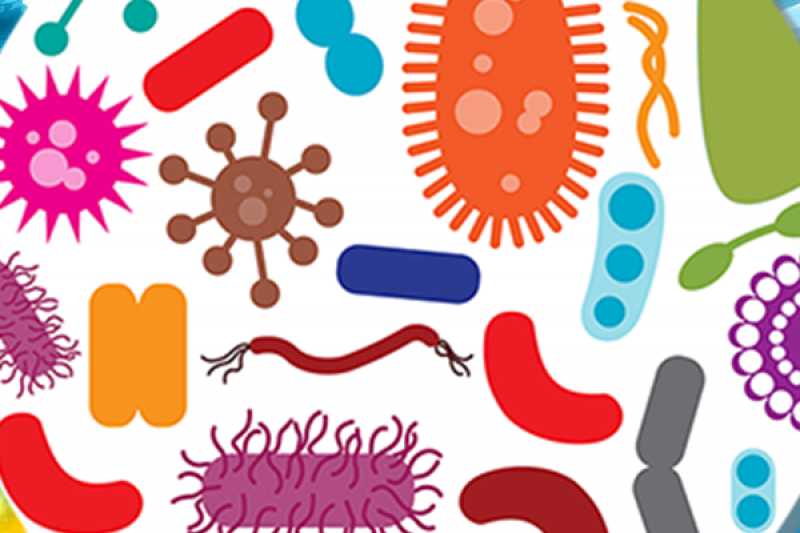 When immunotherapy works well, it really works well. This is why we see miraculous results that propel some patients from stage IV to NED (no evidence of disease) in months. But, unfortunately the inverse is also true – and the majority of people still aren’t benefiting from this approach. It’s been nearly seven years since the first FDA-approved checkpoint inhibitor for melanoma came on the market and doctors, researchers, and patients all keep asking: “who is most likely to benefit from immunotherapy? How can we make this work for more people?” Thankfully, the answer may be closer than we thought and the trillions of bacteria, viruses, and other bugs – which make up our microbiome – may have something to say about it.

In 2015, we learned that mice with certain types of “good” bacteria in their gut responded better to PD-1 and CTLA-4-based immunotherapy. Late last year, two studies were published in Science providing substantial evidence that this is also true in human cancer patients who received PD-1-targeting therapy. The implications for patients are twofold: 1) a patient’s microbiome could help predict if they are likely to benefit from PD-1 based immunotherapy and 2) immunotherapy could be made more effective in more people by augmenting a patient’s microbiome.

Our immune systems are amazing. They keep us healthy by keeping things out of our bodies and by attacking foreign invaders and rogue cells. But, this is a balancing act because while we want our immune system to police our body, we generally do not want it to attack our own cells. But in the case of melanoma – or cancer more broadly – this is exactly what we need our immune system to do.

Cancer cells are tricky. They fight back by releasing signals to the immune system that tell it to ‘turn off.’ Immunotherapy works by harnessing our own immune system to better target and eliminate cancer by turning on – and sometimes turning off these ‘checkpoints’ that slow or stop immune responses. More specifically, PD-1 based therapies – nivolumab and pembrolizumab– target the PD-1 checkpoint – or off switch – on T Cells. By flipping this switch, these therapies are able to boost our immune response and spur T-cells to attack melanoma.

Now, what is the microbiome? We all have trillions of microorganisms that live all over our bodies—including in our gastrointestinal tract and on our skin. This ecosystem of microorganisms is called the microbiome. Researchers have recently discovered that the composition of our gut microbiome may influence numerous diseases, such as depression, autism, and even obesity. Because so many other diseases are linked to changes in the microbiome, researchers are examining its role in melanoma and how it may affect immunotherapy and other treatments.

In the first of the two studies, Dr. Laurence Zitvogel, PhD, examined the data from 249 cancer patients, 69 of whom took antibiotics before or during PD-1 based immunotherapy. She determined that patients treated with antibiotics relapsed sooner and didn’t live as long. Zitvogel then compared the gut bacteria from patients who responded well to treatment to those that did not. Out of 100 patients analyzed, the bacterial species Akkermansia muciniphila, found in 69% of responders, was most significantly associated with good outcomes. She then took her research a step further, by transplanting fecal material donated from patients into mice. Interestingly, melanoma-bearing mice who received transplants from patients who responded to treatments (and had high levels of A. mucinphila) responded to PD-1 based medications themselves. Moreover, melanoma tumors in mice who received transplants from non-responding patients responded to PD1-targeting therapy only if they also received oral supplementation with A. mucinphila, demonstrating the potential importance of this bacterium for the efficacy of PD1-based therapies.

Moreover, mice who received transplants from non-responding patients only responded to PD1-targeting therapy if they also received oral supplementation with A. mucinphila, demonstrating the potential importance of this bacterium for the efficacy of PD1-based therapies.

In a second study funded in part by MRA, Dr. Jennifer Wargo at MD Anderson Cancer Center, came to similar conclusions about the power of the microbiome when looking specifically at melanoma patients. Wargo and her team, collected microbiome samples from 89 eligible patients who were beginning PD-1 based immunotherapy. Each patient was classified as a responder (54 people) or a non-responder (35 people) and then their gut microbiomes were profiled using genetic tests. Researchers found major differences in the composition and diversity between the groups; people who responded well to PD-1 treatments had a significantly more diverse microbiome in their gut and had higher concentrations of a few specific bacteria, namely bacterial species belonging to the Faecalibacterium genus and the Clostridiales family. They also found that this group of patients had a far greater density of T cells in their tumors. This is significant because T cells are responsible for actually attacking melanoma and other cancers.

Though the specific bacteria found to be helpful were different across the two studies, experts say this variation is likely due to differences in the diet and other region-specific differences of patients studied.

Researchers aren’t yet sure what specific mechanisms are at play, but they believe that “good” bacteria work to prime the immune system and prepare it to better target and attack cancer. More research is needed to confirm these findings in larger patient populations, as well as to determine how these findings may be best applied to improve melanoma patients’ health. Should these findings hold, in the relatively near future, a patient’s microbiome composition could be used as a predictive biomarker to help doctors gauge how effective immunotherapy may be and if specific patients would benefit from a probiotic supplement or other microbiome-related intervention.