Turning Memory Into Action: Honoring Her Father and Raising Awareness 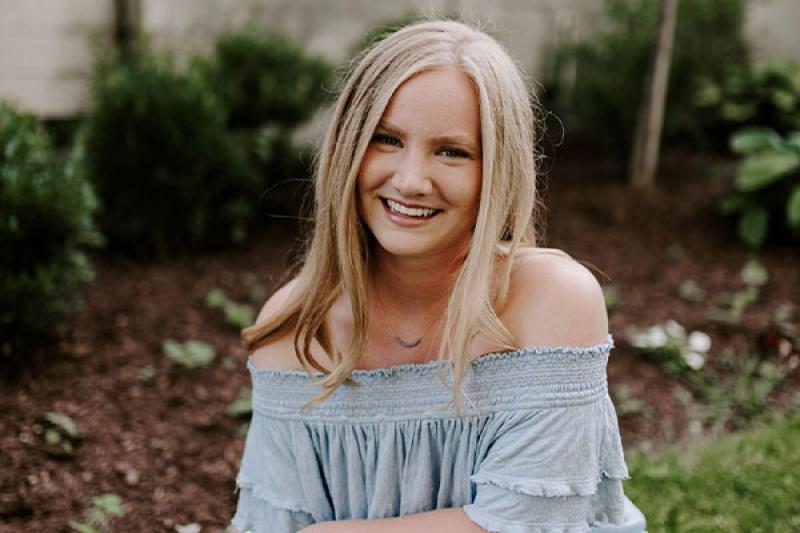 In 2021, 7,180 people are estimated to lose their lives due to melanoma in the United States alone. That’s 7,180 individuals – fathers, mothers, daughters, sons, partners and more – gone but for the impact they had, and the memories and loved ones that they left behind. Those left behind, be it family or friends, are left to make sense of what has happened and often want to ensure others not face the same pain. Many become sun safety advocates, the most consistent skin check specialists, and/or fierce fundraising warriors in the fight against melanoma.

For Lilly Hudak, a busy senior at Mt. Lebanon High School in Pittsburgh, 2020 not only marked the 10-year anniversary of her dad’s passing, but the year where she decided to turn the loss of her father into action. Lilly’s father, Daniel Hudak was diagnosed with Stage 3b acral melanoma in 2008 when scans found that a mole on the sole of his foot had spread to the lymph nodes in his groin. Two years later, in July 2010, he lost his hard-fought battle at only 43-years old.

Lilly was only five-years old at the time of her dad’s melanoma diagnosis, and just seven-years old when he died. Acral melanoma, sometimes called acral lentiginous melanoma, is a rare type of skin melanoma that forms on the palms, soles of feet, or under finger or toe nails.

Even at such a young age, Lilly took on the role of his nurse at home. Though her father had to spend a significant amount of time away while undergoing various treatments – whenever he was home Lilly would find ways to take care of him. The empathy that she gained through taking care of her dad, along with the firsthand knowledge of what it feels like to have a sick loved one, would later inspire her to become a nurse.

As the months turned into years after her father’s passing – Lilly and her family continued to honor him by visiting his grave for family picnics, reading letters he wrote them – including a bedtime prayer for Lilly and her two siblings, and by simply talking about the man he was. Lilly describes her dad as “the nicest person in the room – very kind, humble, funny, and big on family.” 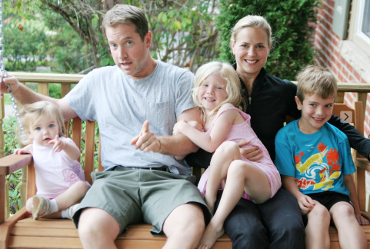 Ten years since her father’s passing, and Lilly is now seventeen years old and applying to nursing programs and staying active in sports and student council. While the hurt of losing her father at such a young age is still there, time has allowed Lilly to take that hurt and turn it to cause and motivation, to mobilize resources in the fight against melanoma.

COVID-19 restrictions complicated her original plan to host a basketball tournament fundraiser – a throwback to a previous event dubbed “Hoops for Hudes” held in the first year after Daniel’s passing. But despite the many challenges presented by COVID – Lilly was still determined to find a way to honor her dad’s memory.

That determination drove Lilly to the idea of Hope for Hudes – her own fundraiser where she raised money by making and selling bracelets of different designs. Each bracelet took about a day to make – but between Lilly and her friends, Hope for Hudes made and sold upwards of 50 bracelets – including some custom orders for a cancer ribbon design. Lilly’s fundraiser received a lot of support from her family and friends, from those who knew Daniel personally, and who knew firsthand what it felt like to lose someone they loved. Lilly explains how throughout the process of making the bracelets, connecting with loved ones to remember her dad, and discovering shared experiences of loss, “Ten years suddenly caught up with me. And I didn’t realize how much it would affect me and the ways my grief would be uncovered.”

Not only was Lilly raising money in memory of her dad, she was also raising awareness and promoting messages of sun safety and melanoma early detection. Lilly used the Instagram profile she made to sell bracelets as a way to educate those who were unfamiliar with sun safety and melanoma, especially her classmates. “The culture nowadays – especially in high school – is that nobody wants to wear sunscreen,” says Lilly. 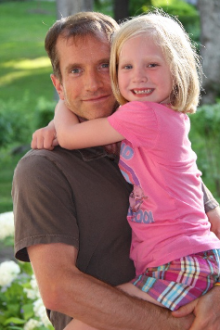 Lilly wants to help change that mindset, even with the simple act of offering sunscreen to those around her. She explained of her desire to change the narrative, “Experiencing such a huge loss at such a young age because of this disease really changed my perspective of the world.”

As the 10-year anniversary of her father’s passing came and went, and a successful fundraising campaign with Hope for Hudes came to a close, Lilly continued to connect with her dad’s memory through her daily life. She started journaling as a way to honor her dad’s love of writing. “Whenever I journal and write to my dad, it’s like I’m having a conversation with him,” says Lilly. “I can say whatever is on my mind,” she explained. She even sat by his grave as she wrote her college application essays.

Lilly realizes that the loss of her dad isn’t permanently behind her, and hopes that others in similar situations know that they can lose loved ones and still keep a meaningful relationship with them, as well as continue to learn about them. “I appreciate every relationship I have so much, because I know it could be taken away at any moment. It can be sad – but also I like think of it as a gift my dad gave me.”

Inspired by Lilly's story? Learn how to start your own fundraiser for MRA here.