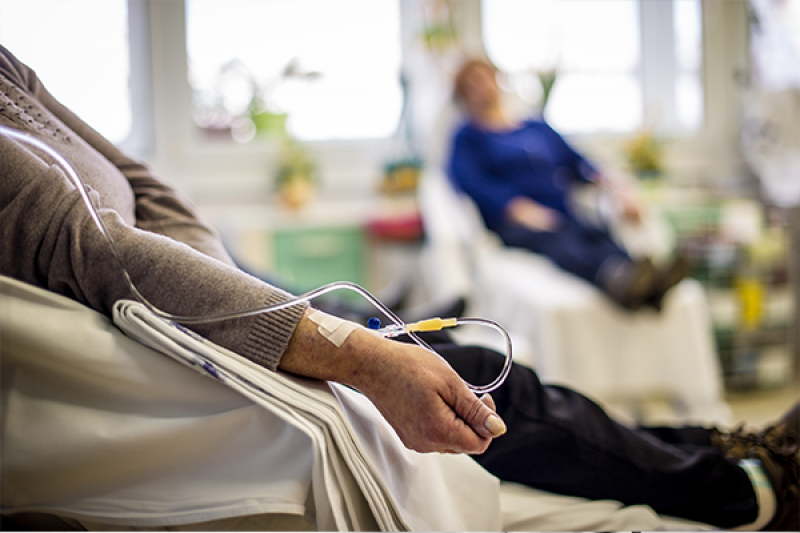 Between inside jokes with your oncologist, knowing your nurses’ kids names, and territorial feelings about your ‘favorite’ infusion chair—you’ve settled into a nice rhythm with immunotherapy. At first, you were amazed by the miracle drug that spurred your immune system to attack the melanoma. Now, years later, you feel fine and your scans are clear. They’ve been that way for some time and the anxiety before each scan has started to ebb. Monthly infusions, repeat scans, and visits with your doctors are just part of your everyday routine.

For melanoma success stories like you, should the general ‘rule of thumb’ of treating patients with advanced disease until progression still apply?  Due to the relative newness of immunotherapy, doctors just didn’t know. You were in unchartered territory.

According to Dr. Jeffrey Weber and the data he presented at the European Society for Medical Oncology (ESMO) Congress held late last year, the answer is maybe not.

“Treating to disease progression, as many of the original trials did, is now ridiculous. You could have patients on immunotherapy for years…It’s absurd to ask patients to come in every 3 or 4 weeks for years,” says Weber.

Weber, a medical oncologist and member of the MRA Grant Review Committee and Medical Advisory Panel, admits that much of the data that informs his view is indirect. That’s because the clinical trials testing these drugs were not designed to answer this type of question. Historically, before immunotherapy and targeted therapy combinations, most Stage 4 patients with melanoma didn’t get better. As more patients respond well to these emerging therapies, the rules for treating late stage patients will need to be rewritten.

While not definitive, Weber points to several studies in melanoma and non-small cell lung cancer that provide compelling evidence that the effects of immunotherapy ‘plateau’ for most patients after two years.

After a 20 month follow up period, 86% of these patients were still in remission. Patients who had a relapse – and restarted immunotherapy – generally entered remission again.

“To me, that’s remarkable,” says Weber.

In addition to the Keynote-006 trial, Weber also draws his conclusion from the findings and long-term follow up of patients from studies: CheckMate 067, CheckMate 037, and CheckMate 153. For instance CheckMate 067, which compared ipilimumab + nivolumab with either agent alone, demonstrated that long term responses are common even in patients who discontinue therapy early because of toxicity.

For melanoma patients, deciding when to discontinue treatment is a difficult decision. T.J. Sharpe, a stage 4 melanoma survivor, made the decision after consulting with his oncologist and other leaders in the field after five years and 75 infusions of pembrolizumab.

Today, Sharpe continues to be an advocate for patients and serves as a Community Leader on MRA’s Melanoma > Exchange discussion community.

“I have no doubt that my cancer and advocacy experience will keep me on a path of helping other patients and patient communities navigate to health… I don't really remember what life was like before stage IV melanoma. Cancer changes you (and the people who love you); in some ways, I am still figuring out who I am and have become. I suppose, until then, I will just be T.J. again.”

While Dr. Weber and the clinical trials he cites suggest that it may be possible to safely discontinue therapy after two years, we still do not have definitive proof until a clinical trial is created to test this hypothesis specifically. This is another example of the need for ongoing clinical research on new and existingtherapies to give patients and their doctors the data they need to make informed, evidence-based decisions. In the meantime – without clear cut data – speak to your oncologist.