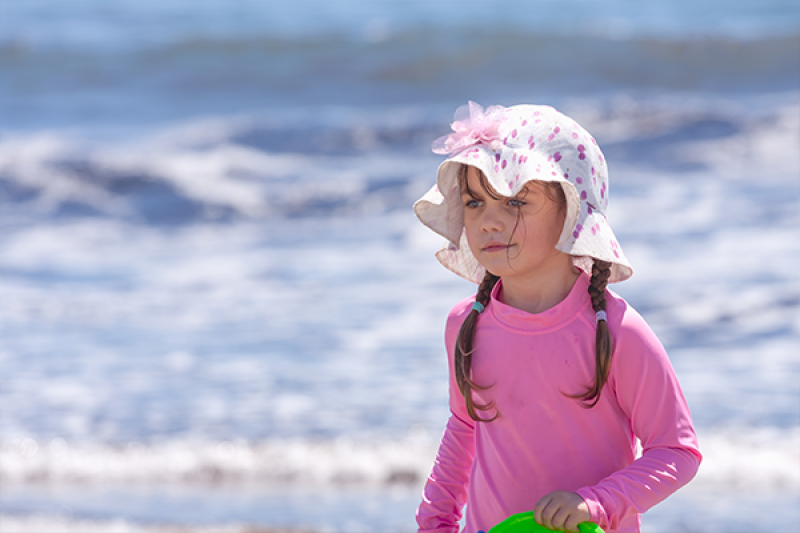 In late March, the U.S. Preventive Services Task Force, an independent panel of experts that evaluates the value of preventive services, issued guidelines for doctors that children and young adults (up to age 24) should be counseled on how to avoid sunburns that can lead to skin cancer, including melanoma.

The guidelines dictate that counseling should include: advice on sunscreen use, protective clothing, hats and sunglasses to protect against harmful ultraviolet (UV) rays, and advise to avoid sun exposure during the brightest part of the day and to neverintentionally tan.

The Task Force recommendation, that everyone between the ages of 6 months and 24 years be counseled on how to minimize UV exposure, was given a B Rating. This is significant because under the Affordable Care Act preventive services that earn an A or a B rating from the Task Force must be covered without cost sharing by all private health insurance plans. This requirement removes the cost barrier for preventive services that help to identify disease sooner, manage them more effectively, and reduce death and suffering and the associated costs in care.

In this case specifically, it provides real incentives for health care providers to provide robust counseling to young people and their parents about the dangers of ultraviolet light.

“Most skin cancers, including melanoma — responsible for the majority of skin cancer deaths — are caused by UV radiation,” said Dr. Jeffrey E. Gershenwald, professor at University of Texas, MD Anderson Cancer Center and member of the MRA Grant Review and Medical Advisory Committees. “Most melanomas are potentially preventable by minimizing sun exposure and avoiding indoor tanning.”

With more than 1 in 5 Americans developing skin cancer before they turn 70, skin cancer is the most prevalent cancer in the United States. Ultraviolet radiation exposure, through the sun or artificial sources, is the leading cause of skin cancer, including an estimated 95% percent of melanomas. Children and young people are at increased risk because exposure to damaging UV radiation is cumulative and studies suggest that 40-50% of lifetime exposure occurs before the age of 20.

Fortunately, reducing your exposure to UV radiation while outside is easy– if protective measures are taken such as wearing protective clothing and sunscreen, avoiding peak rays of the sun, not intentionally tanning. The Task Force recommendation will increase the number of parents, kids, and adolescents who hear this critical prevention message and then take corresponding choices to stay sun safe.

These new guidelines also apply to adults above 24 years old who are at increased risk of skin cancer because of their fair skin, but do not apply to all adults.

The Task Force also determined that more data is still needed to recommend counseling to adults about skin self-exams – so this earned an I Rating. While the benefit of earlier detection of skin cancer is clear, the Task Force must weigh the benefit of any recommendation with any potential harm that could be caused. For example, if someone identifies a troubling mark – even though it turns out to be nothing – they may experience undue anxiety or get unnecessary care. Additional studies are needed to look specifically at this issue before the Task Force can make a recommendation for this.

The USPSTF recommendation makes policy what advocates have known for some time: childhood healthy habits pay off dividends over time.