MRA’s Annual Scientific Retreat is an invitation-only, think-tank-style meeting focused on the exchange of cutting-edge melanoma research as well as discussion of issues of broad interest to the oncology community. Each year, more than 300 people gather for the event. 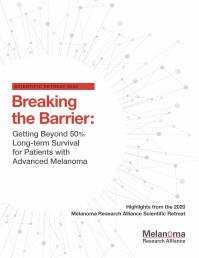 The 2020 retreat included presentations by 20 researchers, including a keynote lecture from Nobel Laureate and MRA Scientific Advisory Panel member Jim Allison. Central to these presentations, and to the Retreat as a whole, was engaging the melanoma community around the question of how to maintain innovation to improve outcomes for patients. Innovation led to the approval of 12 new treatments in the past decade and pushed survival rates to five years or more for nearly 50% of advanced melanoma patients on combination immunotherapy — but how can this promise be realized for the other half of melanoma patients

Breaking the Barrier: Getting Beyond 50% Long-term Survival for Patients with Advanced Melanoma 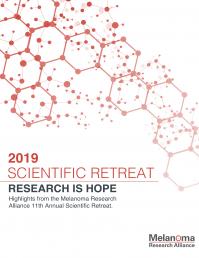 The 2019 retreat included presentations from 20 researchers that focused on the latest discoveries in melanoma prevention, diagnosis, and treatment. At the Melanoma > Exchange Advocates Forum, melanoma patients and caregivers gathered with experts to learn about the latest scientific advancements as well as engage in critical conversations around advocacy and survivorship. 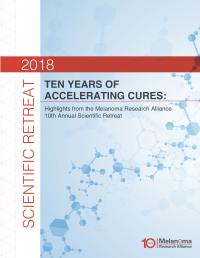 At MRA’s Tenth Annual Scientific Retreat, participants heard about the latest discoveries in melanoma prevention, diagnosis, and treatment, many of which are being made by MRA-funded investigators. They also learned firsthand from individuals personally affected by melanoma and discussed ways in which the different sectors of the melanoma community can work together to ensure the momentum of the past decade of discoveries and treatment approvals continues. 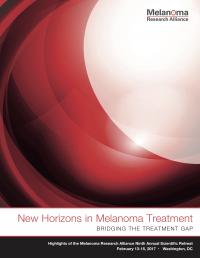 At MRA's 9th Annual Scientific Retreat, presentations highlighted the wide variety of approaches that researchers are taking to tackle melanoma. These include identifying new therapeutic targets, especially ones that could be targeted in combination with existing therapies to create greater and more durable responses. 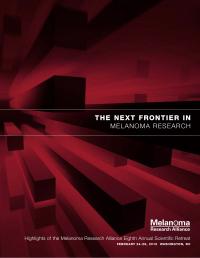 Several underlying themes emerged in the research presented at MRA's 2016 Scientific Retreat all building on the inspiring advances in developing effective melanoma treatments over the past five years, including the need to improve existing treatments through novel combinations, discovering biomarkers to help select the appropriate treatments, and uncovering new targets for future therapies. 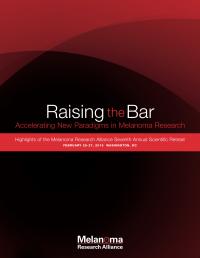 The 2015 MRA Scientific Retreat  featured leading scientists who reported on the progress of their research as well as several special sessions that tackled key clinical, scientific, and regulatory issues that need to be addressed to continue to accelerate progress for patients. 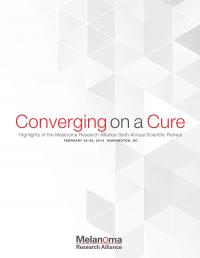 An overarching theme of the meeting was the development of combination therapies for metastatic melanoma, in particular the integration of immunotherapies and kinase inhibitors. Research is indicating that drug combinations will be required for long-term control and cure of most patients. The identification of biomarkers is a key component to the rational development and testing of combinations of therapies, and many speakers discussed their research in this area as well. 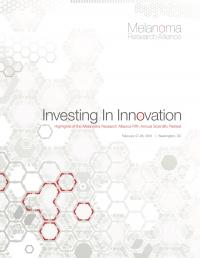 Highlights from the 2013 MRA Scientific Retreat included a welcome reception hosted by the Embassy of Australia and MRA's first-ever Industry Roundtable Breakfast. The roundtable breakfast facilitated a discussion among leaders in drug and device development, key academic opinion leaders, and government officials about opportunities and challenges for clinical progress in melanoma. Another highlight was the panel discussion focused on clinical care decision-making for present day melanoma patients. 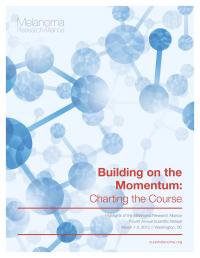 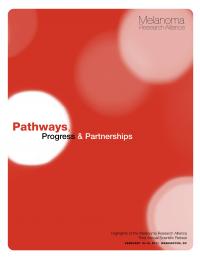 The Melanoma Research Alliance (MRA) convened its Third Annual Scientific Retreat in Washington, DC, Feb. 16-18, 2011. The retreat brought together 150 leading scientists from around the world, as well as senior leadership from nonprofit foundations, government agencies, industry, and other key stakeholders to share early findings, identify future directions, discuss ideas, and look for synergies and partnerships. 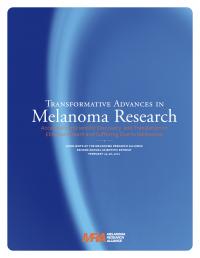 The Melanoma Research Alliance hosted its Second Annual Scientific Retreat in Las Vegas, February 24-26, 2010. The retreat was attended by over 130 of the leading melanoma scientists from the United States and abroad, as well as senior leadership from nonprofit foundations, government agencies, industry, and other like-minded organizations. MRA's annual retreat is a crucial component of our mission to provide a unique and interactive forum to share data early, to identify future directions, to discuss ideas, and to look for synergies and partnerships. The retreat was held at a critical time in the field of melanoma research - a time when the urgency of the problem continues to grow and the opportunities for progress toward solutions are great.

In February 2009, a little more than a year after its inception, MRA convened its first scientific retreat and brought together 100 of the world's leading melanoma researchers. The retreat facilitated early sharing of data with the potential to make transforming advances in the biology and treatment of melanoma. 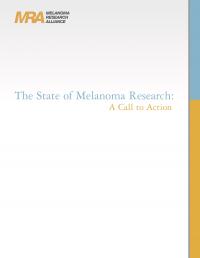 This first gathering of the Melanoma Research Alliance (MRA) on November 2007, in Washington DC, was charged with identifying the crucial scientific and clinical questions that need to be addressed in order to transform the field of melanoma detection and treatment, and to begin to map out concrete ways to effect that transformation.

The State of Melanoma Research Call to Action Meeting whitepaper briefly describes discussions from the meeting about current limitations in melanoma basic and clinical science, and summarizes the potential opportunities for the MRA to drive breakthroughs in the diagnosis, treatment and prevention of this deadly disease.