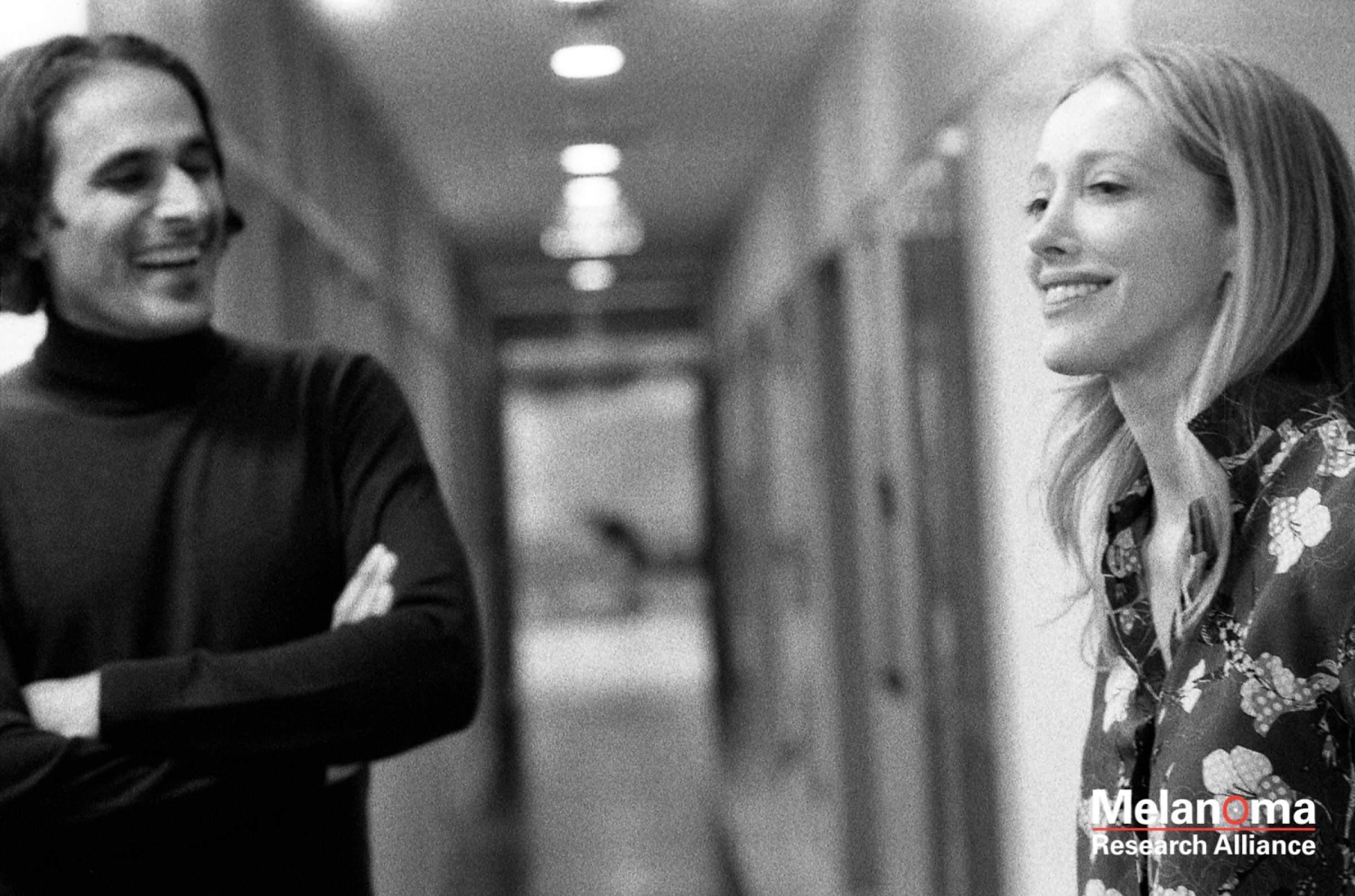 In addition to being fair-skinned and having light eyes – Amanda Eilian had a family history of  melanoma and other skin cancers. So, she did what she could to protect herself from the sun and saw her dermatologist annually for a full-body skin exam. And when she noticed an odd spot on her wrist, she made sure her dermatologist saw it right away.

“Nope, fine – don’t worry about it,” was what she remembers being told. This assessment would be repeated at two separate annual exams.

In 2010, about five months after the birth of her second child, her older daughter – now two years old – had started to notice the odd, discolored mark – ‘it’s chocolate Mommy.’ This checkup, now three years since first showing it to her dermatologist, she asked them to remove it.

The doctor agreed – but assured her it was nothing to worry about.

About a week later, Amanda got a voicemail that would turn her life upside down.

“So Amanda, sorry – but I was wrong. This is actually melanoma and you need to get back here, quickly,” the doctor said.

“I never really thought that it could happen to me,” says Amanda. “When you are young – you feel invincible sometimes.”

She and her husband, started to assess options and to get second opinions.

“We really just wanted to get the ground back underneath us,” says Amanda. “But – it wasn’t an uplifting experience. There were just so many more questions and fewer answers then.”

One doctor even told her that while she was probably indicated for a lymph node biopsy – it doesn’t really matter because there aren’t any treatment options – so why bother.

“I remember being so scared. It’s already an emotionally vulnerable time – being a new mother – and I had a baby and her two-year-old sister. I just felt so vulnerable and out of control,” Amanda remembers.

With some searching, she found the right surgeon for the job.

The surgery was a success. Not only did the surgeon remove the melanoma with clear margins, he also was able to preserve complete function of her hand. Almost ten years later, Amanda  continues to be recurrence free.

Amanda found the Melanoma Research Alliance about six months following her diagnosis. “I was really excited. Their goal is to put themselves out of business. It’s a big goal, but they are doing it, and will get there.”

She joined the MRA Board of Directors four years later.

In addition to serving on the Board, Amanda and her husband, Jonathan, have also personally invested in MRA’s work by supporting a Team Science and two Young Investigator Awards.

“From the beginning, I was just struck by the fact that 100% of donations go to research and that those dollars were immediately put to use in ways that offered patients meaningful change,” says Amanda. “It really was a no brainer. Prior to MRA, there hadn’t been a new treatment for late-stage melanoma in years. Since its founding, 12 new treatments have earned FDA approval.

Amanda recently was able to visit The Rockefeller University’s Dr. Sohail Tavazoie, a recipient of a 2012 MRA Young Investigator award that she and her husband funded. Dr. Tavazoie, who leads the Meyer Laboratory of Systems Cancer Biology and serves as the Director of the Black Family Metastasis Center, gave Amanda a tour of his lab.

“It really was fascinating being able to go through his lab as a layperson,” says Amanda. “The work that Dr. Tavazoie is doing is just great and the excitement of the junior researchers, hearing about their projects, it’s just inspiring.”

For Amanda, melanoma research will always be personal. In addition to her own history – she is very aware that her four children will also always be connected to this disease. “We’ve made some real progress – and that’s great – but we aren’t there yet. My kids now have a history of this, too – and I’m also doing this for them. Discoveries don’t happen by accident – we have to be willing to invest in them.”