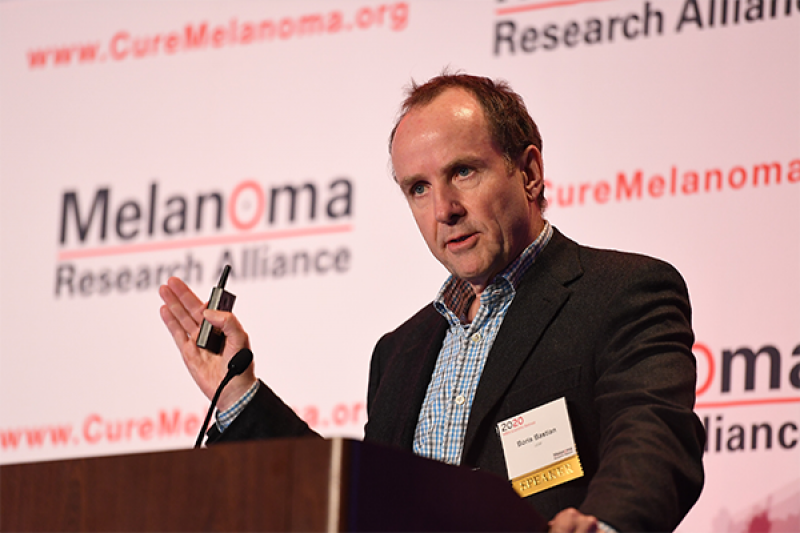 Patients with acral melanoma, a rare subtype of the disease that develops in the nailbeds, palms, or soles of the feet are particularly underserved by today’s treatments. For example, the BRAF mutations found in about 50% of cutaneous melanoma cases are only seen in approximately 25% of patients with acral melanoma. Thus, only a small subset of patients with acral melanoma are treated with targeted therapies such as combination BRAF/MEK inhibitor drugs. Patients with acral melanoma also tend not to respond as well to checkpoint immunotherapies. So, raising the bar on improving outcomes for all advanced melanoma patients will, in part, depend on developing new treatments for acral and other rare subtypes of melanoma like uveal and mucosal melanoma. Those treatments, in turn, will depend on more research on these subtypes that deepens our understanding of what causes them or enables them to flourish. “We need to extend the advances in cutaneous melanoma to other subtypes that respond less robustly,” stressed Richard Carvajal of Columbia University during a panel discussion at the 2020 MRA Scientific Retreat.

Fortunately, recent studies on acral melanoma that were presented at the 2020 MRA Scientific Retreat are showing promising findings.

This research reveals some of the unique genetic flaws underlying this type of melanoma and how they interact with other factors in the body to trigger tumors and their growth. These basic research findings suggest new drug targets that could be particularly effective for patients with this melanoma subtype.

Richard White of Memorial Sloan Kettering Cancer Center shared findings — based on an innovative zebrafish model — that help explain why acral melanoma only occurs on the hands and feet. He created this model by giving the fish the same genetic defects found in acral tumor samples. Strikingly, he found these fish develop melanoma tumors predominantly in their fins, which are evolutionarily related to limbs in people. These findings suggest the cells that generated them are stamped early in development with a molecular signature unique to the fin/limb position in the body to which they migrated. That signature is retained and dictates unique molecular signaling pathways and susceptibilities for their particular locale on the edges of the body. “Something in the microenvironment in the fin or limb synergizes with the gene signatures common to acral melanoma to drive this type of melanoma,” White stressed. 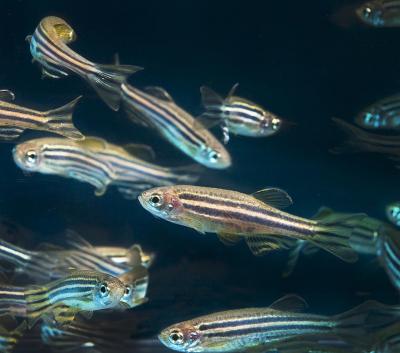 Building on knowledge of the gene that plays a role in localizing acral melanoma development to the fin/limb, White noted that when he knocked out the gene’s activity in his zebrafish, they no longer developed melanoma on their fins or any other part of their body. “Targeting this gene may offer new therapeutic opportunities in acral melanoma,” White concluded.

Boris Bastian’s research at the University of California, San Francisco suggests that proteins involved in the repair of DNA may be another target for future acral melanoma treatments. Bastian’s genetic analyses of acral patient tumors suggest that many of these rare melanomas may also be triggered by major genetic rearrangements due to DNA breaks that aren’t repaired due to mutations in genes that carry out this function in cells. Because repairing DNA — even if the job is imperfect — is critical for cell survival, cells use multiple processes to do this. Bastian thinks that blocking the remaining functional DNA repair pathway in acral melanoma may prove to be its Achilles heel, and is currently conducting laboratory experiments to explore this hypothesis more thoroughly.
Ruth Halaban of Yale University and Aaron Newman of Stanford University reported on their discovery of another potential drug target for acral melanoma—a gene located in a specific stretch of DNA that tends to be duplicated multiple times in acral melanoma. In studies of acral melanoma cells cultured in the lab, suppressing this gene reduced tumor growth. Little is known about the role of this gene in melanoma, and so Halaban and Newman are also working to identify how it contributes to acral melanoma initiation and progression.

Proteins in cells that control the activation of certain cancer-causing genes may also play a role in acral melanoma. In her genetic and tissue studies of acral melanoma, Phyu Aung of the University of Texas MD Anderson Cancer Center found a flawed genetic activation pattern, called DNA methylation, of six genes that were linked to a worse prognosis in patients. She also found a subtype of acral melanoma that tended to have more T cells in tumor samples, suggesting it might respond better to existing immunotherapies.

The research updates presented at the 2020 MRA Scientific Retreat revealed many promising molecular leads for acral melanoma. Developing new experimental drugs, testing their safety and effectiveness among acral melanoma patients will be challenging given the relative rarity of this melanoma subtype. Acral melanoma is estimated to account for just 5% of all melanomas worldwide. “We need to figure out how to get the most information out of a small group of patients,” Carvajal stressed. To do this, he suggested not further subdividing the small numbers of patients with acral melanoma into control and treatment arms, but rather comparing patients who are given an experimental treatment to how patients similar to them did in the past without such treatment. These can be achieved through patient registries or prospective cohorts of patients with rare melanomas.

He also suggested conducting multi-center clinical trials to capture enough numbers of these rare patients. Determining the best approach for bringing new therapies to patients with rare melanoma subtypes will require innovative science and input from regulatory officials, such as those at the U.S. Food and Drug Administration.