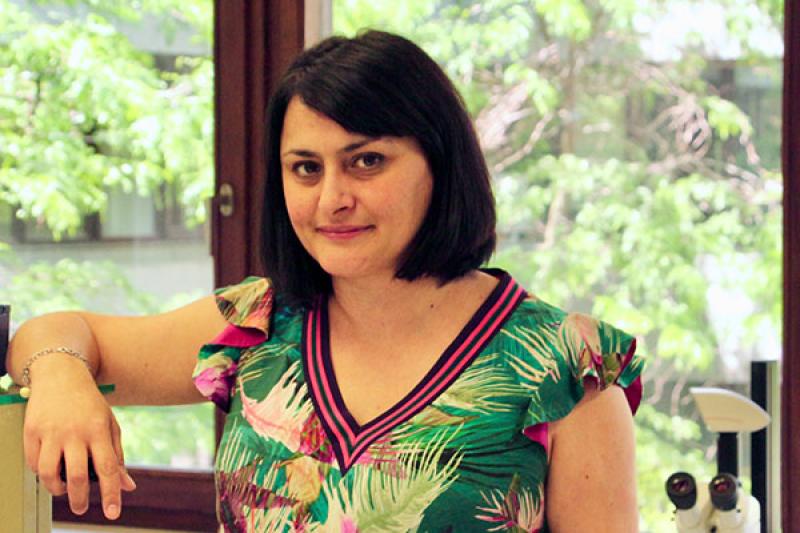 Eleonora Leucci, PhD, an MRA-funded investigator at KU Leuven (Belgium) has determined that some antibiotics may be able to slow, or even reverse, treatment resistance that melanoma develops to targeted therapies. According to Dr. Leucci’s research, this treatment resistance is caused by a cellular stress response that allows it to adapt to its new, treatment-filled, environment. If these preliminary findings are verified in the clinic, this would be a potent weapon in the melanoma treatment arsenal and a huge win for patients.

If you’ve ever had to slam on the breaks or swerve out of the way as someone enters your lane as you cruise down the highway – you know that stress is a powerful thing. For our ancestors, stress was absolutely critical for survival. That’s because stress activates the ‘fight-or-flight’ response, allowing us to run faster, fight back harder, and think more clearly.

Our cells also experience stress, caused by lack of nutrients, UV radiation from the sun, extreme temperature, or – in the context of melanoma – the presence of BRAF/MEK targeted therapy.

Cells want to be at equilibrium, so stress causes them to adapt in an effort to return to their baseline. So, stress may trigger repair processes, and temporarily shut down cell growth. However, when the stress is prolonged or too intense it will trigger cell death. Treatments designed to treat melanoma are intended to stress the rogue cells that make up melanoma.

BRAF and MEK targeted therapies are an important part of the melanoma treatment arsenal for patients with BRAF mutant melanoma. However, most patients – even those who initially respond – eventually develop resistance to these medications. This is because the stress melanoma cells experience is often not enough to kill them, and instead pushes them to adapt. Researchers call this ‘acquired resistance.’

Researchers are increasingly pointing to the role of the Integrated Stress Response in the development of acquired treatment resistance. The Integrated Stress Response – triggered by drug-induced stress – allows melanoma cells to protect themselves by hiding away – similar to a bear hibernating through winter. However, to stay alive – melanoma cells can’t shut down completely. While the cells may slow some of their processes, or stop others altogether, they must keep their mitochondria – or cellular powerplant – switched on at all times. This means that treatment-resistant melanoma cells are highly dependent on their mitochondria when stressed. Without mitochondria, they die.

If these mitochondria are so critical, Dr. Leucci hypothesized that by disrupting them – she might be able to reverse acquired resistance.

Rather than try to create an altogether new drug to do this, Dr. Leucci looked to already established, FDA-approved therapies. This served two purposes, not only did it speed up her research, it also reduces the future time required to bring this approach (should it work) to the clinic because the safety of the medication in question has already been established.

“As mitochondria derive from bacteria that, over time, started living inside cells, they are very vulnerable to a specific class of antibiotics,” says Dr. Leucci. “This is what gave us the idea to use these antibiotics as anti-melanoma agents."

To test this hypothesis, Dr. Leucci and her team used a variety of pre-clinical models, including special mice models called Patient Derived Xenografts (PDX). PDX are a special type of animal model created by injecting a small amount of cancerous tissue taken directly from a patient into another species (generally mice) with the twist of adding in a human immune system. PDX are important models for melanoma researchers, because they more closely represent what happens in real people than using cell lines alone.

The team discovered treating the PDX models with antibiotics – or antibiotics combined with existing melanoma therapies – produced stark results. The antibiotics prevented the emergence of drug-resistant subpopulations of melanoma cells and delayed and even prevented the development of resistance to BRAF/MEK targeted therapies.

"The antibiotics quickly killed many cancer cells and could thus be used to buy the precious time needed for immunotherapy to kick in,” says Dr. Leucci. “In tumors that were no longer responding to targeted therapies, the antibiotics extended the lifespan of - and in some cases even cured the mice."

In studies using cell lines, the antibiotic was able to overcome acquired resistance to BRAF/MEK targeted therapy and increase overall survival (OS) and progression free survival (PFS). Taken together, the team’s studies demonstrate that tetracycline (at least in an animal model) is able to significantly delay progression of melanoma lesions that are resistant to both targeted and immune-based therapies.

While Dr. Leucci’s findings are very exciting, she strongly cautions patients against experimenting at home. These findings are based on research in mice, so we don't know how effective this treatment is in people,” says Dr. Leucci. “This result is cause for optimism, but we need a clinical study to examine the use of antibiotics to treat cancer patients.”