Barriers to Safety: The Push for Sunscreen Access in Schools 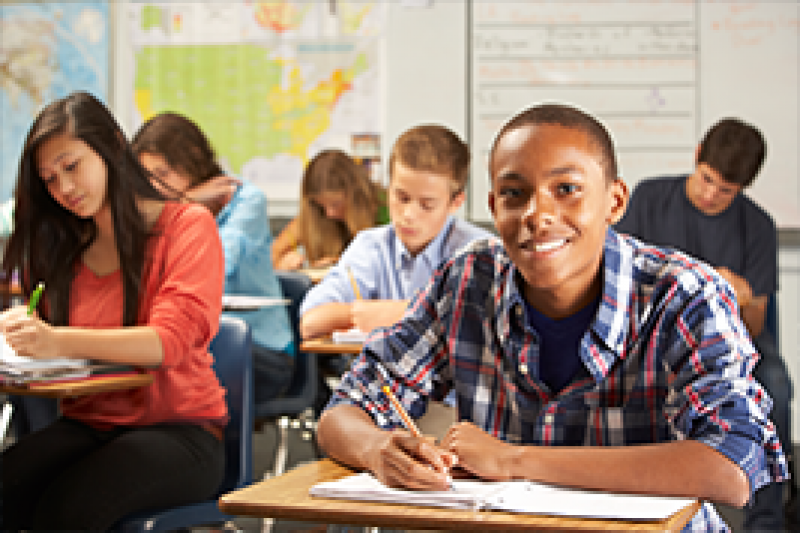 Why are there laws against having sunscreen in school in over half of U.S. states? All it takes is one sunburn during childhood to double the risk of melanoma in adulthood. And yet, as of July 2018, only 15 states have passed laws that allow kids to have sunscreen in school. This is a serious problem with a common-sense solution, so what’s the hold up?

This problem begins as an unintended consequence of the U.S. Food and Drug Administration (FDA) classification of sunscreen as an over-the-counter drug. The problem? The majority of states have laws prohibiting “over-the-counter drugs” in school without a doctor’s note.

This means that unless a doctor’s note is provided, students can’t bring sunscreen into schools to protect themselves from the sun, frustrating parents and doctors alike. According to the Centers for Disease Control and Prevention’s annual progress report evaluating our nation’s skin cancer prevention efforts, almost 70% of states still have yet to address this issue, leaving young people across the country vulnerable to UV exposure.

Currently, 15 states have passed legislation allowing access to sunscreen in schools and several more have begun considering similar legislation. This push is energized by a growing awareness of the need to protect children from UV exposure at a time in their life when they are most vulnerable.

After Maryland Governor Larry Hogan signed House Bill 427 into law on April 9th, allowing students to use sunscreen in school, 2nd grader Molly Murdock became a vocal advocate for herself and other students like her. She explains, “last year my brother was embarrassed to put sunscreen on and when he came home he looked like a lobster.” With a family history of melanoma, Molly knew she had to help publicize Maryland’s new law.

Molly developed the program Kids in School Need Sun Protection (KISSP), presented her work to the Washington County Board of Education, and started a fundraiser to subsidize the costs of sunscreen, hats, and sunglasses for her classmates who couldn’t afford them. “Making students aware of using sun protection items now will help reduce their chances of Melanoma and other skin cancers.”

Although we’ve made considerable progress in the fight to expand access to sunscreens in schools with help from engaged advocates like Molly, the going is slow and hard fought. In spite of this, there are still things you can do to keep your kids safe regardless of whether or not your state has passed any sunscreen legislation.

Navigating Barriers & How You Can Get Involved

If your state has not yet passed sunscreen legislation, contact your local representative and advocate for change—you have the power to make a difference. Many legislators are completely unaware of the danger posed by UV radiation and the commonsense solution that sunscreen access in schools represent. Additionally, even if your child is barred from bringing sunscreen to school, you can still help them pick out sun-safe clothing and apply sunscreen each morning before class. The CDC outlines additional resources and modes of sun safety for parents, students, teachers, and community members here!

If your state has already passed sunscreen legislation, that’s great! But you’re not off the hook yet! Send your kids off to school with plenty of sunscreen to spare—remember, sunscreen is only effective if it’s applied, and reapplied every two hours. Check out MRA’s article on how to choose the right sunscreen for you! Consider also joining a sun safety committee through the Environmental Protection Agency’s (EPA) SunWise program—another (free) way to become a local advocate in your community.

We need to continue to change habits and promote a culture that values sun safety, and once the barriers to sunscreen access are removed – changing the culture may be easier than we think.