Changing the Status Quo: Four Landmark Studies and their Implication for Melanoma Treatment 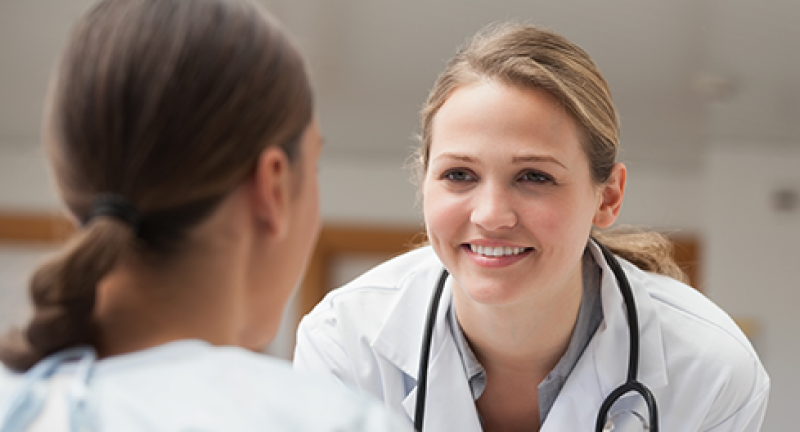 The crown jewel of the Melanoma Research Alliance has always been—and will always be—good science. Through science, we not only gain a better understanding of melanoma, but the ability to translate that understanding into better treatments, which in turn lead to a better quality of life for people with melanoma. At MRA, solid scientific leadership is at the forefront of everything we do. That’s why the MRA Board of Directors was thrilled to hear a presentation by fellow Board member and world-class researcher, Dr. Suzanne Topalian, on four landmark studies and their implications for melanoma treatment.

Below, we highlight the four studies presented by Dr. Topalian, explain why they are important, and provide patient-friendly implications for their future use.

Background: A sentinel lymph node (typically the lymph node closest to the tumor) biopsy is a standard surgical procedure for melanoma staging and provides information on if and how much melanoma has spread. If tumor cells are detected in the sentinel lymph node, common practice has been to follow up with surgical removal of other lymph nodes in the region. This is known as a complete lymph node dissection, sometimes referred to as CLND. The value of this follow-up procedure on a patient’s long-term survival was previously not well-understood and it is known to lead to swelling (lymphedema) in a proportion of patients.

The Study: In a study published in the New England Journal of Medicine in June 2017, researchers measured the value of CLND by randomly assigning 1934 people with melanoma who had a positive sentinel lymph node biopsy to receive or not receive subsequent CLND. Patients were then followed for survival.

The Results: Researchers found no significant difference in deaths at three years owing to melanoma (melanoma-specific survival) between people who had a CLND and those that did not. However, a slightly higher number of patients were disease-free if they had CLND.

The Implications: CLND following a positive sentinel lymph node biopsy does not necessarily translate to longer survival and should no longer be considered the standard of care. This means that patients may not need to undergo this surgical procedure automatically without carefully discussing the potential benefits and risks with their provider. Some doctors may still recommend the procedure because complete lymph node dissection can provide additional prognostic information and improve regional disease control.

Overall Survival of Patients Treated with Nivolumab, Ipilimumab or Nivolumab and Ipilimumab in Advanced Melanoma:

Background: In 2015, we learned that either nivolumab or the combination of nivolumab + ipilimumab produced superior response rates and progression-free survival than ipilimumab alone in the CheckMate 067 trial.

The Study: This study, published in October 2017 in the New England Journal of Medicine, reported overall survival at three years for the 945 patients with advanced melanoma enrolled in the CheckMate 067 trial.

The Implications: Two important implications for patients can be drawn from this study. First, ipilimumab is no longer preferred as first-line therapy for metastatic melanoma. There is a hint of better activity with the combination accompanied by a substantial increase in serious toxicities. And, research to identify who should get the combination vs nivolumab monotherapy is needed.

Background: Adjuvant therapy, which is therapy used after surgery to reduce the risk of melanoma returning, is often recommended for patients with melanoma deeper than 4mm thick or that involves nearby lymph nodes. Currently, the FDA has approved interferon alfa and ipilimumab for adjuvant therapy. But both drugs carry significant risks and toxicities, including treatment-related death. Would nivolumab work as an adjuvant therapy with fewer adverse reactions?

The Study: In this study, 906 patients with resected Stage III or Stage IV melanoma were randomly assigned to receive nivolumab or ipilimumab. They were followed for at least 18 months to examine recurrence-free survival. Results were published in September 2017 in the New England Journal of Medicine.

The Results: Researchers determined that nivolumab improves recurrence-free survival at 12-months when compared with ipilimumab (71% versus 61%). For nivolumab compared to ipilimumab, there were fewer grade 3-4 treatment-related toxicities (14% vs 46%, respectively) and less adverse events leading to treatment discontinuation (10% vs 43%, respectively).

The Implications: Given early indications of its superior efficacy and reduced toxicity profile, nivolumab may become an approved adjuvant therapy for melanoma.

Background: Targeted therapy works by shutting down mutated molecules to slow the growth of melanoma cells—without harming healthy tissue. Dabrafenib, a BRAF inhibitor, and trametinib, a MEK inhibitor, are FDA-approved therapies for advanced BRAF-mutant metastatic melanoma individually or in combination. Do they work in an adjuvant setting?

The Study: This study examined 870 patients with resected stage III BRAF mutant melanoma who were randomized to receive a combination of dabrafenib + trametinib or a placebo for one year. Patients were followed for three years for recurrence-free and overall survival.

The Implications: Promising results with dabrafenib + trametinib in the adjuvant setting may lead to regulatory approval in BRAF mutant melanoma. Overall survival, the ‘gold-standard’ for anti-cancer treatment activity, was improved with this treatment combination. However, a quarter of patients discontinued treatment because of side-effects. Thus, while three-year survival data for adjuvant nivolumab are not yet available, it may be better tolerated by patients than dabrafenib + trametinib.

“These four studies published in the past several months really change the outlook for patients with melanoma by offering new treatment options.  However, they also make it clear that we have so much further to go. It is an extremely exciting time for melanoma research, and for melanoma patients as well,” said Dr. Topalian.