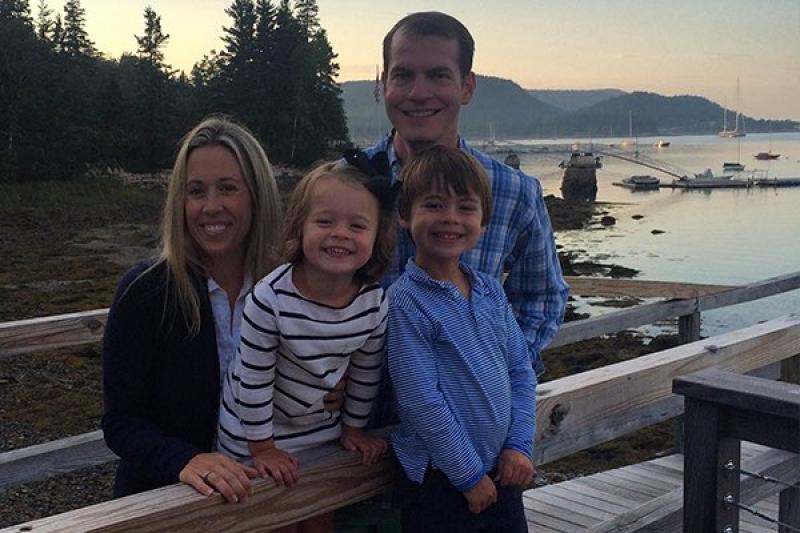 Brandon Barniea didn’t believe he needed to visit doctors. The athletic 35-year-old had always been healthy – even when his wife and two kids were sick at home with the flu, he would miraculously avoid falling ill. So, when he found what felt like “beads” in his neck, reality came crashing in; following a biopsy, he was diagnosed first with stage III melanoma in August 2015 and later that year it progressed to stage IV.

He was determined to fight and was quickly referred to doctors at Johns Hopkins University who removed the primary melanoma site from his scalp as well as 60 lymph nodes from his neck before enrolling in a clinical trial that combined Nivolumab and Ipilimumab. He liked the idea of combination therapy because he felt like it was doubling down on the odds of immunotherapy beating his cancer.

The medications worked, but not without side effects. Within months his scans were clear, but he was experiencing severe inflammatory arthritis, which made everything including walking painful, his heart came in and out of cardiac arrhythmia, and he even lost his senses of sight and taste for some time. The medicines were doing their job to shrink the cancer – but treatment was taking a heavy toll on is body.

Immunotherapy works by stimulating the immune system to fight cancer. The clinical trial Barniea enrolled in was examining if Nivolumab and Ipilimumab together could treat patients with the hope that together they’d be more effective than either medication on its own (learn more about combination therapies). Because of the heroic participation in clinical trials by patients like Barniea, what we know now, is that while safe and well tolerated for many patients, immunotherapy patients experience serious side effects ranging from mild to potentially lethal. By super-charging the immune system, such treatments can, in some instances, cause the body to attack healthy tissues, creating potentially life-altering or life-threatening issues.

“I could barely walk, could barely see, and was taking prednisone to minimize the inflammation, which was making me irritable and feel like I was losing complete control to side effects that I could never have anticipated. It was a helpless feeling, and I couldn’t get answers because they just didn’t know,” he said.

Patients experiencing severe adverse reactions like Barniea are not uncommon. In fact, severe reactions occur in up to 20% with some immunotherapy agents and over 50% when these drugs are used in combination. With immunotherapies in use in an increasing range of cancers, managing or otherwise mitigating these side effects is a high priority for future research.

This is why the American Cancer Society (ACS) and the Melanoma Research Alliance (MRA) have each committed $1 million to support research towards reducing immunotherapy side effects and improves the overall outcomes for patients treated with checkpoint immunotherapies. The partnership, launched in May 2017, will amplify the benefit of immunotherapy for future patients like Barniea.

As the side effects of his treatments subsided, Barniea knew that getting back to life was important; but so too was giving back to the people and community who had supported him. That’s why he decided to dedicate the annual Poker Run he organizes in Annapolis, Maryland to raising awareness of both skin cancer and melanoma and fundraising for future melanoma research by supporting MRA. 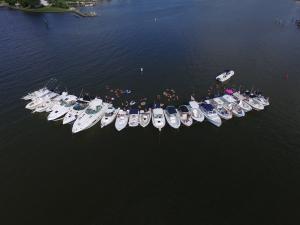 “My wife and I thought this would be a great way to raise awareness of melanoma. MRA had been such a great source of information for us, and we are happy to give back,” he said. Not only did the event give Barniea a sense of closure, in two years he raised almost $17,000 for melanoma research using the easy-to use Melanoma Research Alliance Crowdrise platform!

Barniea credits modern medicine and the love and support from his family, friends, and strangers with keeping his scans clear.

“I feel so connected to this research and to the folks who will benefit from it in the future. I believe that immunotherapy is the future of cancer treatment and controlling side effects so people can make it through these exciting new treatments is so important,” said Barniea.

Thanks to our founder’s generous ongoing support of all administrative and fundraising costs, 100% of every donation to MRA goes directly to melanoma research.

Learn how you can host your own fundraiser to support MRA and melanoma research here.