Embrace Your Skin and Don't Be Anything that You Aren't 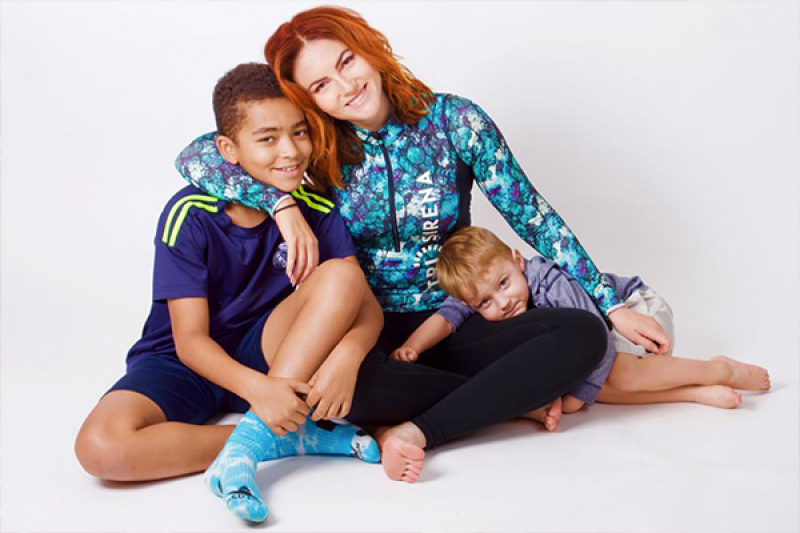 This freckled red head was never meant to be tan, but it didn’t stop her from trying. Stefani Schuetz just wanted that ‘perfect glow’ that she hoped would help her fit in after moving to Florida. She was training for a triathalon – a race requiring swimming, cycling, and running – with her sister when everything changed. Her sister thought she saw a bug on the back of her leg – but this bug turned out to be much worse. Instead of a bug, Stefani found a suspect mole that she’d never noticed before. She knew she had to get it checked out, but money was tight for this single Mom; it took her four months to make it to the dermatologist for a biopsy.

After a biopsy, she was quickly diagnosed with melanoma, that would require surgical removal with wide excision. Surgeons also performed what is called a Sentinel Lymph Node Biopsy (SLNB) to determine if the melanoma had spread to the nearest lymph nodes. Thankfully, after a week of not knowing the extent of the cancer, it was determined that her melanoma had not spread.

After this harrowing experience, Stefani was shocked at how little people knew about melanoma. “People didn’t realize how serious this was. Neither did I really, until it happened to me,” said Stefani. Since then, she became a sun safety advocate – and started covering up, applying sunscreen, and researching ways she could still actively compete in triathlons while staying protected from the sun.

“I didn’t want to give up on living my life because of melanoma. I still hadn’t completed a full iron man, that’s 140.6 miles. I knew I couldn’t do it without protecting myself from the sun, but after riding your bike for 8 hours, I knew sunscreen wasn’t going to cut it,” said Stefani.

That’s why she founded a fashionable sun-protective clothing line meets the needs of professional as well as leisure women athletes called Tri Sirena. “We are in our second year, but have already seen a great response from the community,” said Stefani. “It’s very rewarding when people ‘get it’ and we’ve heard so many personal stories from other runners and triathletes about their own personal experiences with melanoma.”

Stefani offers one piece of advice to other young women: “Embrace your skin and cover up. Don’t try to be anything that you aren’t. That summer glow isn’t worth your life and you’ll start to see the effects of skin damage so much sooner than you thought.