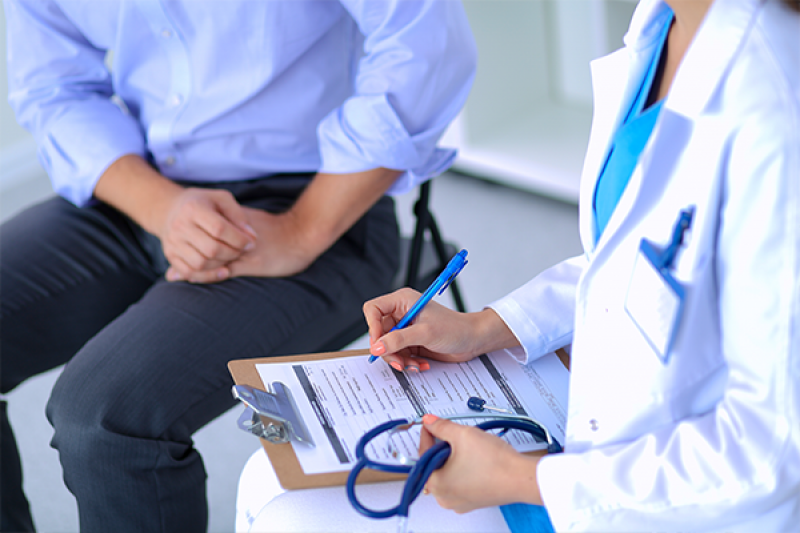 Despite the tremendous progress made in melanoma treatments over the last 10 years, with 2 FDA-approved treatments blossoming to 14 and many metastatic melanoma patients experiencing remissions that are starting to look like cures, only about half of such patients respond favorably to current treatments. No one knows this better than 23-year-old Grace Wenzel, who spoke at the MRA’s 2020 Scientific Retreat via a video filmed from her hospital bed. Diagnosed in October 2018 with Stage 4 melanoma, she had all the innovative treatments so far approved by FDA, including combination immunotherapies, to which she didn’t respond, and combination targeted therapies, which quickly shrank her tumors but stopped being effective in May of 2019.

Why don’t the new melanoma treatments provide a lasting benefit for some patients like Grace, and what is being done to improve them? Rizwan Haq, an MRA-funded physician-scientist at Dana-Farber Cancer Institute, broadly addressed both questions as he provided the opening lecture at MRA’s Melanoma > Exchange Patient & Advocate Forum.

To set the stage, Dr. Haq outlined the two broad categories of treatment approaches predominantly used in the United States today for patients with advanced melanoma. One approach called ‘targeted therapy’ turns off the molecular switches that drive melanoma tumor growth. Currently, targeted therapies are only effective in melanoma patients whose tumors have a genetic defect in the protein BRAF. The other treatment approach releases the breaks on the patient’s immune system to respond to tumors, and is called ‘immune-based therapies’ or ‘immunotherapy.’ Some immunotherapies are given systemically, while others are injected directly into accessible melanoma tumors.

Targeted therapies quickly put most patients with BRAF mutant melanoma into remission, but over time cancer usually becomes resistant to targeted treatments by finding other molecular pathways to fuel its growth. So, most patients tend to see their tumors recur within months to years after starting targeted therapies—although about 20% of patients experience durable benefits from combination targeted therapy. Researchers are avidly pursuing multiple strategies to overcome this drug resistance, including simultaneously targeting additional molecular switches for tumor growth, creating more powerful drug inhibitors for existing switches, or giving targeted therapies intermittently rather than continuously. The latter strategy has generated more durable responses in mice and is currently being tested in the clinic, as are clinical trials examining altogether new combinations of these molecularly targeted therapies.

Patient responses generated by immunotherapies tend to be more durable than those from targeted therapies, but a sizable portion of melanoma patients still do not respond to them at all. Researchers are starting to understand why, uncovering that the effectiveness of these therapies appears to depend on specific factors related to the tumor, the patient’s immune system, and even microbes in a patient’s gut. Some patients’ tumors lack the molecular knobs current immunotherapy drugs grab on to kill tumor cells. Other patients’ tumors may lack enough T cells in the vicinity of the tumor, or enough foreign particles called antigens made by tumor cells that the immune system uses to recognize and attack. Studies in mice also show that microbes in patients’ gut influence response to immunotherapies in ways we are just beginning to understand.

Overcoming Hurdles: The Next Decade of Melanoma Treatments

One type of immune-enhancing treatment currently being tested in the clinic is a vaccine injected directly into tumors that can spur an antitumor response even in tumors not treated directly. “It trains the immune system to recognize and attack melanoma no matter where it appears and no matter how much later it appears,” says Dr. Antoni Ribas, an MRA-funded physician-scientist from the University of California, Los Angeles. The vaccines being studied are comprised of either viral or bacterial proteins recognized and known to jumpstart the immune response. In some vaccines, these proteins are inserted into viruses that attack cancer cells. James Moon, an MRA-funded investigator from the University of Michigan, reported on another type of tumor vaccine he is developing in collaboration with the company Evoke to enhance response to current immunotherapies. This “personalized” vaccine is comprised of new antigens produced by patients’ tumors that are then combined with immune-stimulating agents. “We’re getting exciting results in mice and humans,” Moon said, noting that the vaccine is being given to Stage III patients along with existing immunotherapies following surgery in a clinical trial aimed at preventing relapse.

Another personalized approach to treating melanoma is being explored at the National Cancer Institute, Dr. Stephanie Goff reported. There, she and her colleagues are harvesting tumor-attacking T cells from advanced melanoma patients and multiplying them in culture.

After giving these patients extensive chemotherapy that temporarily destroys their bone marrow, creating a blank slate for new immune cells, they then inject patients with these cultured tumor-infiltrating T cells. So far, the investigators have treated 40 cancer patients with a response rate of about 40%, even if these patients previously did not respond to any of the approved immunotherapies. “So, something different is going on there. If the first line of drugs doesn’t work, these tumor-infiltrating lymphocytes still can, but we’re still trying to sort out who are the right patients to treat with it,” she said.

In his framing remarks, Dr. Haq noted that the best choice between available treatment options will likely differ between patients. This highlights the need to understand patients’ specific immune responses to tumors and to have diagnostic tests that can elucidate them. Investigations have revealed some promising findings in this regard that could come to the clinic soon. Marlana Orloff, a rare-melanoma specialist from Thomas Jefferson University, also highlighted how diverse melanoma tumors are, even when derived from the same patient. She stressed we have to understand this diversity to make progress with treatments. “Not all melanomas are created equal—even patients with the same size tumors respond differently, and tumors in the brain and liver are more difficult to treat than those found elsewhere,” Orloff stressed.

The panelists also stressed that a better understanding of the unique molecular defects that cause or fuel the growth of rare melanoma subtypes that form in the eye, mucous membranes, and on the hands and feet should lead to more effective treatments. “There’s much more room for improvement,” said Orloff, noting that responses in mucosal melanoma to existing immunotherapies are only half what they are for cutaneous melanomas. Current treatments aren’t as effective for rare melanoma subtypes largely because the underlying biology that causes and feeds these melanomas is just so different than that of melanomas that form on sun-exposed skin.

Agents targeting some of the specific mutations found in these rare subtypes are currently in clinical trials but are complicated by the wide range of such mutations.

Perhaps more effectiveness can be achieved by combining immunotherapies with targeted therapies. Researchers are showing encouraging early results by combining PD-1 checkpoint immunotherapy with BRAF/MEK targeted therapies, according to Dr. Grossmann, from the University of Utah Huntsman Cancer Institute. But he noted that the long-term benefits of these approaches are not known yet, and there is an increased possibility of side effects with combination therapy, which might be reduced by giving treatments sequentially rather than simultaneously. A better understanding of what causes side effects can also lead to their amelioration, studies in patients have shown, Grossmann noted.

Moving to Earlier Stages of Disease Through Adjuvant & Neoadjuvant Therapy

Currently, patients with no evidence of disease following surgery to remove melanoma are eligible for adjuvant therapy — or the use of systemic therapy to reduce the likelihood of relapse. Another option, that might be even more effective, is to administer systemic treatment before surgery in early-stage patients at high risk of recurrence. “Treating patients at earlier stages makes sense because there is less cancer there to kill so it’s like you are climbing a hill rather than a mountain,” said Dr. Georgia Beasley of Duke University. Initial findings suggest that such neoadjuvant treatment can slash the chance of recurrence in half, she reported. By shrinking tumors before surgery, it can also make them easier to remove, with the added benefit that investigators can assess if the treatment given is working by analyzing removed tumor tissue. Risks with this strategy are that cancer could spread during the pre-surgery treatment period and that some patients who receive it will suffer serious side effects of treatment without any additional benefits. “This is an exciting experimental strategy that we’re doing with a lot of patients in clinical trials,” Beasley said.

Haq concluded his presentation by stressing “Research is the engine that will drive advances and gains in treatment.” Orloff added, “Patients often ask why aren’t things moving faster and I feel their frustration, but good science takes time and we want to make sure we’re doing it right for the patient’s sake.” These sentiments were echoed by Grace as she ended her remarks, stressing, “Be determined to keep asking and searching. And be determined to keep fighting to find a cure.”