"I Thought I Knew Myself, but I Missed It." 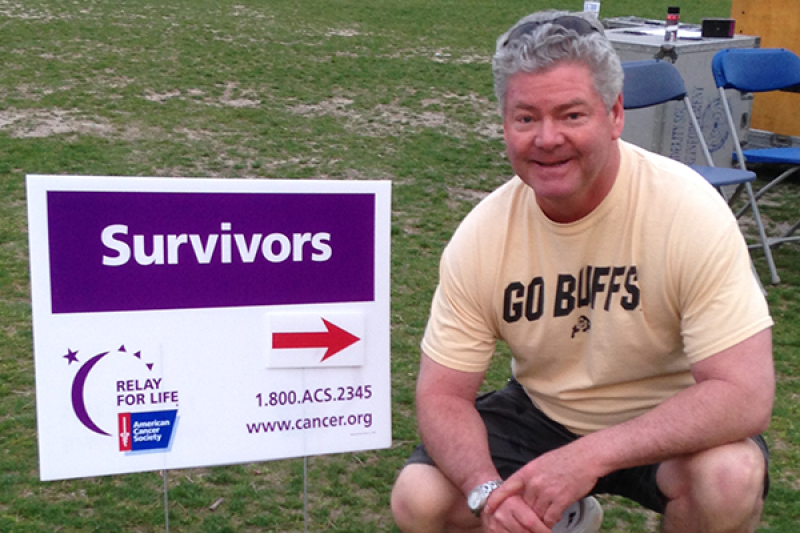 Early detection is the best treatment for melanoma

Jim Kearney jokes that he is getting old with his surgeon. He had his first Mohs surgery when he was 35, and since then, he’s gone on to have over ten different procedures to remove various basal-cell and squamous-cell carcinomas. In fact, following his twice annual skin checks, it was more unusual than not that he’d get out of the office with no suspicious lesions. So, four years ago, when his dermatologist saw something and had it biopsied; he thought nothing of it.

Days later, the tenor of the conversation shifted forever.

His doctor’s secretary called and wanted a second biopsy, right away. He didn’t feel sick, but his doctor diagnosed him with stage II melanoma. It was deep, and his doctor was worried that it may have metastasized. He instantly knew that this was serious. While he had had brushes with skin cancer in the past, basal-cell and squamous-cell carcinomas rarely metastasize or kill people. Melanoma is different. While the rarest of skin cancers, it is by far the deadliest. In the United States, over 9,000 people die from melanoma each year. It was a scary time for Jim and his family.

He soon found he and his wife sitting in a waiting room for a head and neck cancer specialist thinking, “I don’t belong here. These people are sick.” The very next day two surgeons performed a 6-hour operation to remove the melanoma. The surgeons then performed what is called a sentinel node biopsy to determine if, and if so how much, the melanoma had spread.

Fortunately for Jim, while painful, his doctors deemed the surgery a success. Ten frantic and stressful days later, the pathology report came back negative. The melanoma had been removed and no further treatment was needed. He left the hospital exhausted later that same day, with dressing sewn directly into his head. “I thought I’d be able to go to work the next day. Boy was I wrong, I was completely useless,” said Jim.

When caught early, melanoma is highly curable. Five-year survival rates for stage 0 and 1 melanoma is over 97% (100% and 97.6% respectively), but this rate decreases dramatically once melanoma spreads to other parts of the body. And thanks to research supported by MRA, treatments for late-stage melanoma are improving rapidly, the survival rates are still low. That’s why taking steps to prevent melanoma and identify it early are key. Early detection is the best way to treat melanoma. Learn more here.

Since his surgery, he has felt an obligation to talk to his friends and relatives and make them understand that they too are at risk for melanoma. He has family still chasing a bronze glow in tanning beds, which have been shown to increase the risk of melanoma by up to 75%. He tells them, “I came by this honestly. I was just a fair skinned and blue-eyed kid who enjoyed the outdoors. I never thought of myself at risk---but I was,” said Jim.

Jim can’t say enough about his dermatologist who was able to detect his melanoma early enough so that more invasive treatment wasn’t necessary. “I see myself every day. I thought I knew myself, but I missed it. I see her twice a year, and those visits are quick, but she didn’t miss it. She was all over it.” The vigilance of his dermatologist may have saved Jim’s life.