It’s Not that Simple: Young Women and Melanoma 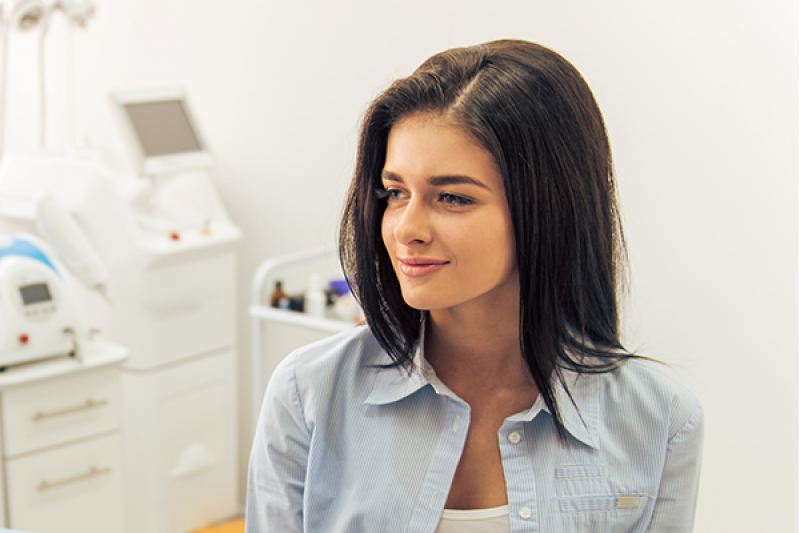 Article after article describes the ‘skyrocketing’ increases in melanoma among young women. While most are quick to point out the clear association between intentional tanning and skin cancer, few ever hint that there may be more to the story.

The concept of personal responsibility – either intentional or subconscious –frequently hangs like a specter over these depictions. As if some people are more – or less – deserving of cancer than others or perhaps as a misguided way of rationalizing feelings of ‘why them.’

It’s true that while anyone can get melanoma, and that it is most common among older men, it isalso one of the most common cancers found among young adults in the United States – and this is especially true among young women ages 15 -29. The reason for this epidemiological flip – from young women to older men – isn’t entirely clear, but it hasn’t stopped us from focusing solely on the behavior of young women.

“The classic view is that younger women are at higher risk of melanoma because they tan – and while this is certainly part of the story – my work shows that it isn’t that simple,” says Feng Liu-Smith, PhD,MRA-grantee and assistant professor at the University of California, Irvine School of Medicine.

To reach her conclusion, Dr. Liu-Smith analyzed cancer registry data along with the local-level ultraviolet radiation index from 42 places. She discovered that rates of cutaneous melanoma, or melanoma that affects the skin, are significantly associated with the local UV index for men, but not for women. In men, this relationship increases with age in a linear fashion – supporting the conventional view that UV exposure – and the damage it creates – can be cumulative. This would explain why so many melanomas are developed later in life. However, this relationship is far less straightforward when it comes to young women, suggesting that something else may be affecting their rates of melanoma.

In order to identify this risk factor specific for women, Dr. Liu-Smith’s group further analyzed the incidence data broken down by age and sex. The researchers discovered that biological sex plays an independent role in people under 50 years old. This means, that being female is itself a risk factor – beyond ambient UV index exposure. If young women’s clothing style and sun behaviors – both related to ambient UV index – are not the sole driving force behind the rates of melanoma, what then, is driving these rates higher?

The researchers regrouped. They knew that young women were the biggest users of tanning beds, could that explain the data they were seeing? To answer this, Dr. Liu-Smith and her team looked at the rates of tanning bed usage and melanoma among young women of different ethnic groups. Non-Hispanic White women are by far the biggest users of tanning beds, but rates of melanoma were elevated for all ethnic groups. This suggests that intentional tanning – while likely a contributing factor –is likely not the only force in play.

When taken together the results, published in Cancer Causes & Control Journal, indicate that being female is a risk factor, independent of UV behaviors, for early-onset melanoma. The most likely difference between young men and women is sex hormones.

If Liu-Smith’s research is correct, these hormone-related differences would explain in part why young women are disproportionately affected by melanoma compared to men of the same age – and why this trend reverses later in life by about age 50 (when sex hormones shift).

“What our results consistently suggest is that biological differences between men and women – likely sex hormones such as estrogen or testosterone – are at play. This is an area that is controversial among researchers and deserves further investigation,” says Liu-Smith.

After publishing her findings in the Journal of the American Academy of Dermatologyin 2017, Dr. Liu-Smith and her team are now working to explain them. She has started a pilot study that will compare hormone levels from saliva samples from patients and healthy volunteers. She hopes that this will shed further light on the dynamic between hormones and genesis of melanoma at the molecular level.

This is important because things like pregnancy, oral contraception, or hormone replacement therapy all change or impact women’s hormone levels. “Anecdotally we know that pregnancy can make moles grow, and while this is generally benign, we don’t know why this happens. Until we do, we can only guess at the implications,” says Liu-Smith.

Liu-Smith’s research does include a silver lining for women. While being female appears to be an independent risk factor for early-onset melanoma, it also seems to be protective later in life. Work by Dr. Todd Ridky, an MRA-funded investigator at the University of Pennsylvania, also supports this finding. His research demonstrates that estrogen may actually increase the immune system’s response to melanoma and checkpoint blockade therapy.

“Let me be clear, UV exposure is clearly the single biggest factor that increases melanoma risk,” says Dr. Liu-Smith. “However, understanding the full picture about what causes melanoma and how this is modified or exasperated by biological factors – such as gender – is critical to lowering the rate of new melanoma diagnosis and finding new ways to prevent disease.”