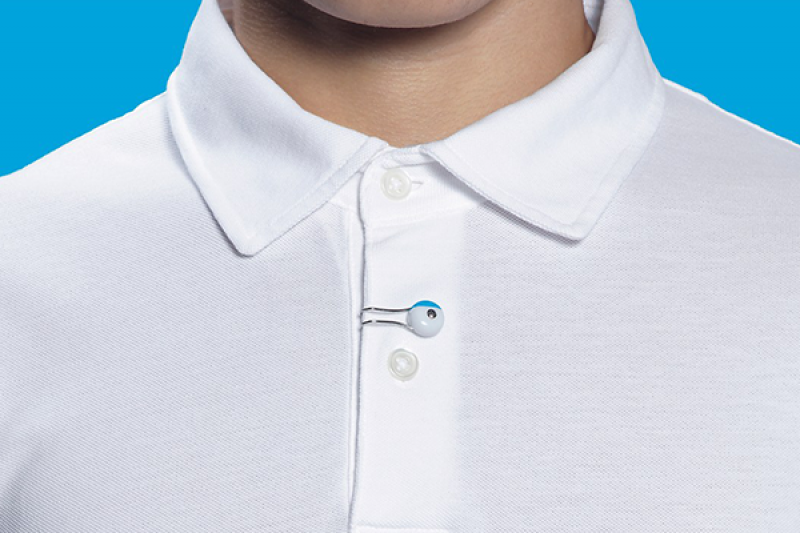 Many Americans are still getting too much sun despite knowing that nine out of every ten skin cancers, including melanoma, are caused by overexposure to ultraviolet radiation. In fact, more people are diagnosed with skin cancer each year in the United States than all other cancers combined. How do we cross this chasm and help people understand the importance of sun safety?

Last month’s arrival of La Roche Posay’s My Skin Track UV may be just what the doctor ordered. The small, fingertip-sized device, measures your personal UV exposure making it easier for people to understand just how much UV radiation they are exposed to so they can better protect themselves and those they love.

“We did a survey in 2015 that showed that people weren’t making sun safe decisions despite knowing that UV exposure causes health problems. This was true in every country we surveyed,” says La Roche Posay VP, Medical & Media Relations, Tyler Steele. “For a company that has healthy skin in its DNA this was startling and we knew we had to do something.”

The battery-less device works together with a smartphone app – available for both iOS and android – to make the wearer more aware of the UV rays they are exposed to and how they can keep their exposure at a healthy level. When the wearer is exposed to 80% of their maximum recommended UV exposure the app sends a notification, carefully nudging the user to seek protection.

“So far, this device has been very easy to use,” says an online reviewer named Tyler. “I've only had this for a day, it is easy enough to use that it will integrate seamlessly as a long-term part of my skin-care routine. I think that this will be invaluable to making sure I've put on enough sunscreen to protect myself from sunburn.”

My Skin Track UV builds upon the success of My UV Patch, La Roche Posay’s first foray into wearable technology that was released in 2016. The patch, which works for 3 days after being applied directly to the skin, gave users real time insight into their UV exposure. Patch users reported higher rates of sun protection including more frequent sunscreen application (34%) and shade-seeking behaviors (37%). After one year, 3 out of every 4 users found it to be a helpful tool and more than 80% would recommend it to others.

“My UV Patch proved that we can help spur smarter choices about sun safety, and now, with the My Skin Track UV, we want to make a bigger, longer-lasting impact that helps people make a meaningful change in their life,” says Steele.

My Skin Track UV is available exclusively at Apple.com