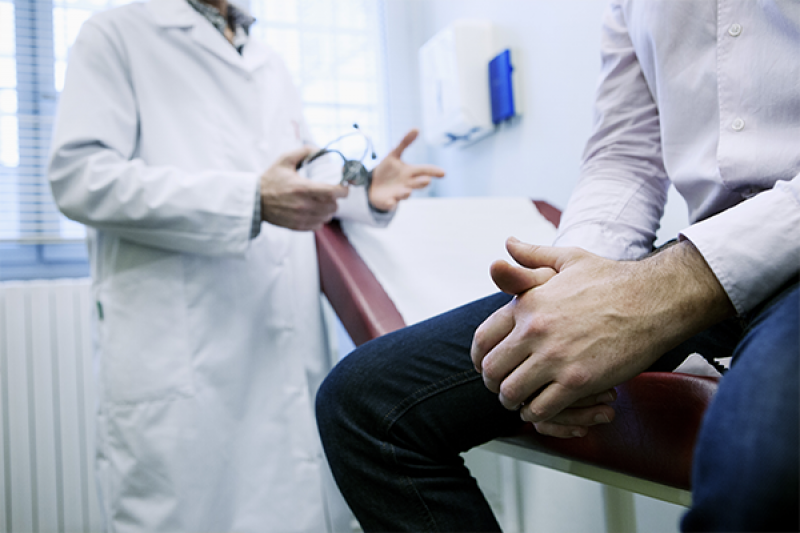 About half of all melanoma cells have genetic mutations in the BRAF protein. Normally, BRAF helps to regulate cell growth, but when mutated it can spur cells to develop abnormally and to divide out of control. Fortunately, researchers have developed drugs that specifically target and inhibit this activity. We call drugs like this targeted therapies or precision medicine. The first of these drugs—coined a BRAF inhibitor—Zelboraf, was approved by the FDA in 2011.

While Zelboraf, and newer BRAF inhibitors Tafinlar and Braftovi, successfully slow the growth of melanoma in many patients, most tumors eventually become resistant and start growing again. Tumors do this by activating a secondary enzyme called MEK to bypass the inhibitor. Researchers then worked to disrupt this workaround by developing three MEK inhibitors: Mekinist, Cotellic, and Mektovi. BRAF and MEK inhibitors are now used exclusively in combination and have become standard of care for BRAF mutant melanoma.

Despite this, most melanoma patients – even those who initially respond to combined BRAK/MEK inhibitor therapy – develop resistance to this combination therapy, too. We call this ‘acquired resistance.’

Addressing therapy acquired resistance is an important goal for melanoma researchers across the globe. Several studies focused on this topic were recently reported on atthe AACR-Melanoma Conference.

One way that researchers are gaining insight into how resistance develops, is by comparing a primary tumor sample before targeted therapy with tumors that have developed resistance, from the same patient. By understanding the molecular basis of resistance, researchers hope to develop additional targeted therapies to once again ‘short circuit’ these changes.

MRA-Funded Investigator Dr. Jeffrey Sosman, from Northwestern University, recently reported on the enzyme ERK and its ability to help drive resistance to BRAF/MEK combination therapy. Dr. Sosman is investigating the use of experimental drug ulizertinib as a possible inhibitor of this molecule.

In a Phase 1 clinical trial, designed to test the safety and to determine the optimal dose of ulixertinib, Dr. Sosman and colleagues found the drug to be well tolerated and identified the optimal dose and schedule for further testing. The most common side effects seen were diarrhea, fatigue, nausea and skin rashes resembling acne.

Excitingly, responses to ERK inhibition were seen in patients with BRAFV600-mutant tumors that had become resistant to BRAF/MEK inhibitor combination therapy. Moreover, this trial also included patients with NRAS- mutant, and non-BRAFV600-mutant tumors, who do not respond to BRAF/MEK inhibitors at all, and responses were seen in these patients, too.

Based on the study results, the FDA has designated a Fast Track development program for the investigation of ulixertinib for patients with unresectable or metastatic BRAF mutant melanoma that has developed resistance to BRAK/MEK combination treatment.

Activating ERK is not the only way that tumors short-circuit BRAF/MEK inhibitor combination therapy. Melanoma tumor cells also frequently increase the expression of the enzymes PI3K and AKT and researchers are also studying how to target these molecules to overcome acquired resistance.

Based on studies at the cellular level, scientists believe that combining drugs that inhibit BRAF/MEK with drugs that activate AMPK, might enhance tumor cell killing and delay the development of acquired resistance. In fact, MRA funded researchers are also studying the combination of BRAF and AMPK drugs in both cell and laboratory animal models. They found that combining the BRAF inhibitor and AMPK drug killed more melanoma tumor cells than either drug alone.

Dr. Chapman is leading a Phase 1 clinical trial working to identify the safest dosing of an experimental 3-drug combination featuring BRAF/MEK inhibitors with a biguanide. The trial is currently ongoing and is recruiting patients. Should the drug triplet prove safe, the next step will be to test the optimal combined doses in a Phase 2 trial to determine if the treatment is effective.

These are two promising examples of research being conducted to address the challenging problem of targeted therapy resistance.