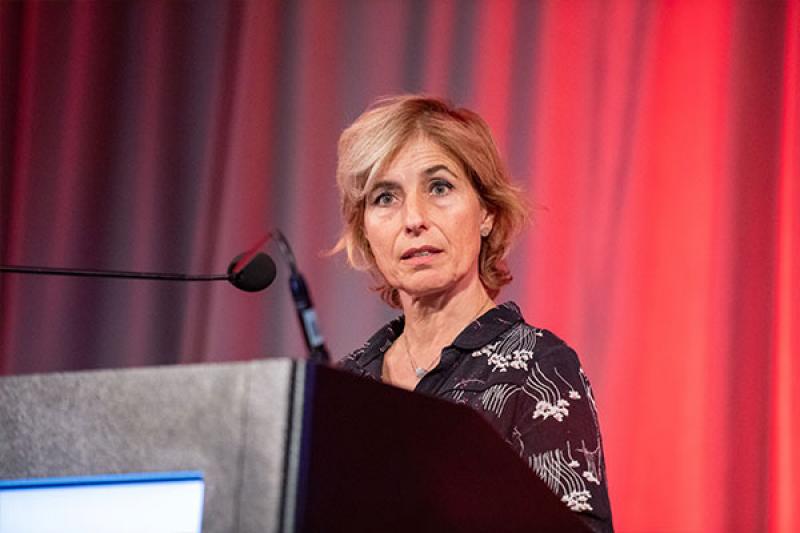 When the new targeted and immunotherapies first started to melt away some patients’ melanoma tumors, both clinical researchers and their patients were elated. But when the tumors returned months later in most patients treated with targeted therapies, and in many patients treated with immunotherapies, albeit more slowly, elation soon turned to puzzlement. Investigators grappled with why a therapy that once worked so well stopped being effective. “I’m happy to see that with some patients we reached a plateau with effective therapies, but with others, we reached a ceiling that we can’t seem to go above,” noted Caroline Robert of Gustave Roussey Institute at the 2019 MRA Scientific Retreat. “The major issue for these drugs is resistance.”

Such resistance – termed acquired resistance by doctors – has sent many researchers scurrying back to the lab bench in an effort to uncover its cause, and new tools that may help to overcome it. Similarly, researchers are still struggling to understand why some patients do not respond to any therapy, termed primary resistance. At the MRA 2019 Scientific Retreat, several researchers reported on research funded by MRA to identify new ways to combat drug resistance, including a number of strategies that are already being tested in the clinic.\ 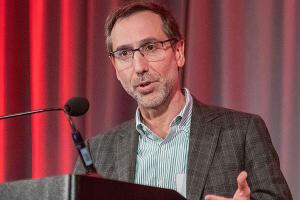 For resistance to cancer immunotherapies, investigators are focusing on the battle between tumor and immune cells and what determines who will emerge victorious, noted Antoni Ribas of the University of California, Los Angeles. “By understanding molecular differences between patients who respond to immunotherapy and those that don’t, we get hints of what the cancer did to escape the immune system,” he said. Two weapons wielded by melanoma that Ribas discussed include disabling the molecular machinery used to present tumor proteins to T cells and decreasing sensitivity to interferons, secreted proteins that aid T cells in their attack of tumor cells.

Cancer immunotherapies release the brakes—what researchers call checkpoints—on an immune response by inhibiting PD-1 or CTLA-4 proteins that keep T cells in a non-responsive state. Once those brakes are released, an effective immune response to tumors relies on the ‘presentation’ of small fragments of tumor proteins – called antigens – on the surface of the tumor and immune cells. Like red flags, these presented antigens trigger T cells to hone in and destroy tumor cells. But cancer cells develop ways to evade T cells by disrupting antigen presentation in multiple ways, thereby giving the immune system the slip, Ribas reported.

Fortunately, researchers have identified multiple compounds that may provide a work-around. These compounds activate natural killer cells, which like T cells, can also kill tumors and are actually more potent when tumors disable antigen presentation. This strategy restored sensitivity of melanoma tumors to immunotherapies, and is showing promising results in early stage clinical studies.

When T cells recognize tumor cells, they release molecules called interferons. Interferons then spur the tumor to release molecules that attract additional T cells to it, increasing their antigen presentation, and slowing the tumor’s growth. Not surprisingly, immunotherapy-treated tumors can acquire new mutations that cause them to lose sensitivity to interferons and resist therapy. Ribas described strategies that are showing promise in reversing this resistance, which involve giving patients a tumor-killing virus or similarly, giving them synthetic molecules that mimic a viral infection alongside immunotherapy. Both of these therapeutic strategies help to activate T cells and drive their entry into the tumor microenvironment. “It’s like lighting a match to start a fire,” said Ribas. 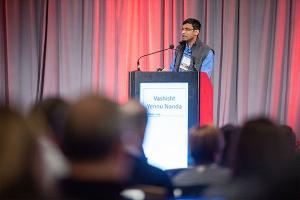 Because tumors are constantly growing, they have very high metabolic demands and can change the way they acquire energy to support their growth. Vashisht Yennu Nanda of MD Anderson Cancer Center discovered that melanoma cells resistant to targeted-therapy have rewired their energy-producing pathways so that they can generate energy in a different way than tumor cells that are still sensitive to BRAF inhibitors. He then tested two different inhibitors capable of shutting down this rewired metabolism and demonstrated that melanoma tumor cells in culture and in mice regained sensitivity to targeted therapies. Yennu Nanda also found that one of the inhibitors demonstrated additive effects when used in combination with a CTLA-targeting checkpoint blockade such as ipilimumab. Besides blocking the alternative pathways resistant melanoma cells use to get energy, the inhibitors may also work because tumors are energy hogs that deprive immune cells of the fuel they need to function. These inhibitors presumably make more energy available to the immune cells.

Another tactic Robert has taken to overcome resistance to targeted therapies is to target a complex of proteins she claims is “the nexus of resistance.” Despite targeted therapies killing the majority of tumor cells, often a small population of drug-resistant ‘persister’ cells remain. Robert and her team discovered that one way these cells are able to persist despite therapy is by making large scale changes to their protein expression pattern. Blocking a component of the protein complex that translates the genetic code into proteins has the potential to inhibit these protein expression changes. “We will lose if we go after each and every resistance mechanism. We have to target the smartest thing tumor cells do to adapt to treatment,” she said, which is to alter protein translation of a large suite of genes, including PD-L1, a molecule that helps to put the brakes on the immune system. “If you were a cancer cell you would do the same—hide yourself [from the immune system] and then try to find a way out” by altering the protein translation of genetic instructions, Robert said. She tested an inhibitor to this protein translation complex in melanoma cells and found that when combined sequentially with targeted therapies, it enhances tumor cell death. In theory, the inhibitor could also hamper resistance to some checkpoint therapies. Robert is currently testing the inhibitor in mice, and pointed out that a number of companies are interested in developing it into a melanoma drug.

A final strategy for preventing resistance to targeted therapies reported at the retreat is to create new targeted drugs with unique biochemical properties that are designed to avoid the main ways tumors resist them. As Poulikos Poulikakos of Mount Sinai explained, targeted therapies block the BRAF growth promoting pathway tumor cells use. In response, these cells can develop genetic changes that affect how BRAF functions in the cell. Instead of acting as a single molecule, BRAF proteins can form doublets, which are insensitive to current FDA-approved BRAF inhibitors. Consequently, Poulikakos is testing in mice with melanoma combinations of current and next-generation inhibitors that together block both the doublet and single versions of BRAF. “We are trying to provide a roadmap for next-generation targeted therapies,"Poulikakos said, stressing “don’t give up on these drugs because we are not at the end of the road here. We just need rational combinations.” Such next-generation agents used singly or in combination are currently being tested in patients.

Ribas ended his presentation by stressing, “If we can understand why patients don’t respond to therapy, we can develop new treatments to overcome that resistance.” On the basis of what MRA-funded researchers presented at the retreat, we are well on our way.