Safe and Sound: Balancing Safety with Innovation in American Sunscreens 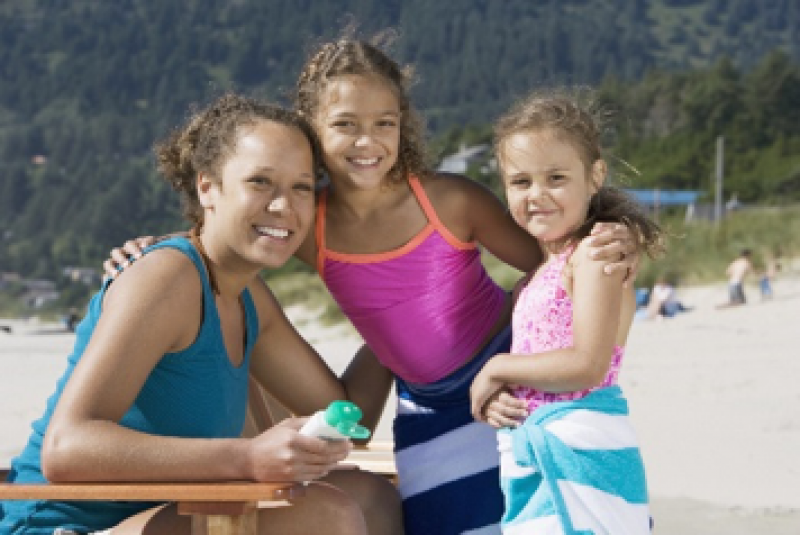 In order to be evaluated by the FDA, manufacturers submit safety and effectiveness data and then wait for the FDA to respond. Unfortunately, due to regulatory requirements, workload, and agency bandwidth – this could take a lot of time – in fact some manufacturers have now waited 14 years since initial submission without final approval. This process is different for OTC drugs than for prescription medications. Prescription medication go through an accelerated process that is heavily subsidized by New Drug Application (NDA) user fees submitted by the pharmaceutical company. Without this industry financial support, the OTC review process has historically lagged.

In 2014, the PASS Coalition worked with Congress, President Obama, the FDA, and other stakeholders to reform FDA’s regulatory process to review new sunscreens with a transparent process and within a predictable timeline by passing the Sunscreen Innovation Act. The law, supported by MRA, created an expedited approval process for OTC sunscreens that have been marketed for five continuous years in the United States or other comparable countries. The law required that FDA respond to the eight backlogged sunscreen ingredients and established timelines for the consideration of new sunscreen ingredients. A hallmark of the legislation is that it gave the FDA authority to approve new sunscreen active ingredients using administrative orders as opposed to the Agency’s formal rulemaking process, which can take years to issue new rules. While giving the FDA specific timeframes to review data submitted for review, it did not specify or otherwise change the safety and effectiveness thresholds required by drugs to be approved by the agency, but did instruct the FDA to make these thresholds clearer through official guidance.

The FDA has met all implementation deadlines for the law, however none of the eight active ingredients have yet to be approved. In late 2016, the agency released official guidelines for manufacturers, detailing what data is required for the agency to rule in favor of a drug’s approval. The FDA has requested that each new sunscreen ingredient submit a new absorption test, called Maximum Usage Trial (MUsT). The MUsT test was developed by FDA and has been used by the agency to evaluate topical drugs in the NDA (New Drug Application) process where absorption into the skin is a concern. Unfortunately, MUsT had never before been used to evaluate sunscreens and developing protocols to collect the appropriate data could take years.

Dr. Theresa Michele, Director of FDA’s Center for Drug Evaluation and Research’s Division of Nonprescription Drug Products, defends the FDA’s cautious approach. “We really owe that to the American people because they assume that when they pick up a drug product off the store shelf, it means that safety and effectiveness has been looked at by the FDA,” said Michele.

In case of sunscreens, the FDA is particularly interested in data demonstrating the long-term safety of sunscreens, particularly as guidelines now recommend that Americans apply sunscreens liberally and reapply frequently whenever they are out in the sun. “Sunscreen active ingredients may be absorbed through the skin into the body, making it important to complete studies in humans to determine whether, and to what extent, consumers’ use of sunscreen products as directed may result in unintended, chronic, systemic exposure to these ingredients,” said Michele.

Critics argue that internationally-accepted absorption testing exists with decades of experience with sunscreen ingredients that would be better suited than the MUsT test. 3V Sigma produces a popular sunscreen called UVASorb that uses the FDA-unapproved active ingredient Diethyl Butamido Triazone. Their sunscreen has been safely used in Europe for over 20 years. Paul Seccomandi, 3V Sigma President, calls the delays “ridiculous.”

In a meeting between the PASS Coalition and the FDA in July of this year, the FDA and Coalition members indicated willingness to work together to achieve an agreement on the specific data needed to meet FDA’s GRASE standard.

The overall issue is further complicated by the intersecting push to reform the entire OTC system based on the model first established by the Sunscreen Innovation Act – backed by both the FDA and the PASS Coalition. In September, in testimony delivered to the House Committee on Energy and Commerce Subcommittee on Health, Werner urged Congress to enact the OTC reform. From his prepared marks, Werner testified:

[A]ny OTC reform legislation should authorize FDA to meet individually on a confidential basis with sponsors of sunscreen ingredients to allow for open discussions of confidential commercial information or trade secrets. FDA has expressed a willingness to consider validated alternative testing procedures in support of a determination of general recognition of safety and effectiveness outside of what the agency included in its final guidance on safety and effectiveness data. An individual meeting will also assist in the establishment of testing protocols for tests that have never been performed on a sunscreen ingredients before.

The balance between the data needed to prove safety and effectiveness with industry innovation is a sticking point with no easy solution, with the future of American sunscreen hanging in the balance. Given the current skin cancer epidemic in the United States, it is more important than ever to ensure we have the latest broad spectrum skin cancer prevention tools.  With the FDA and the PASS Coalition working towards the same goal, we are closer than ever to the next generation of sunscreens in the United States.