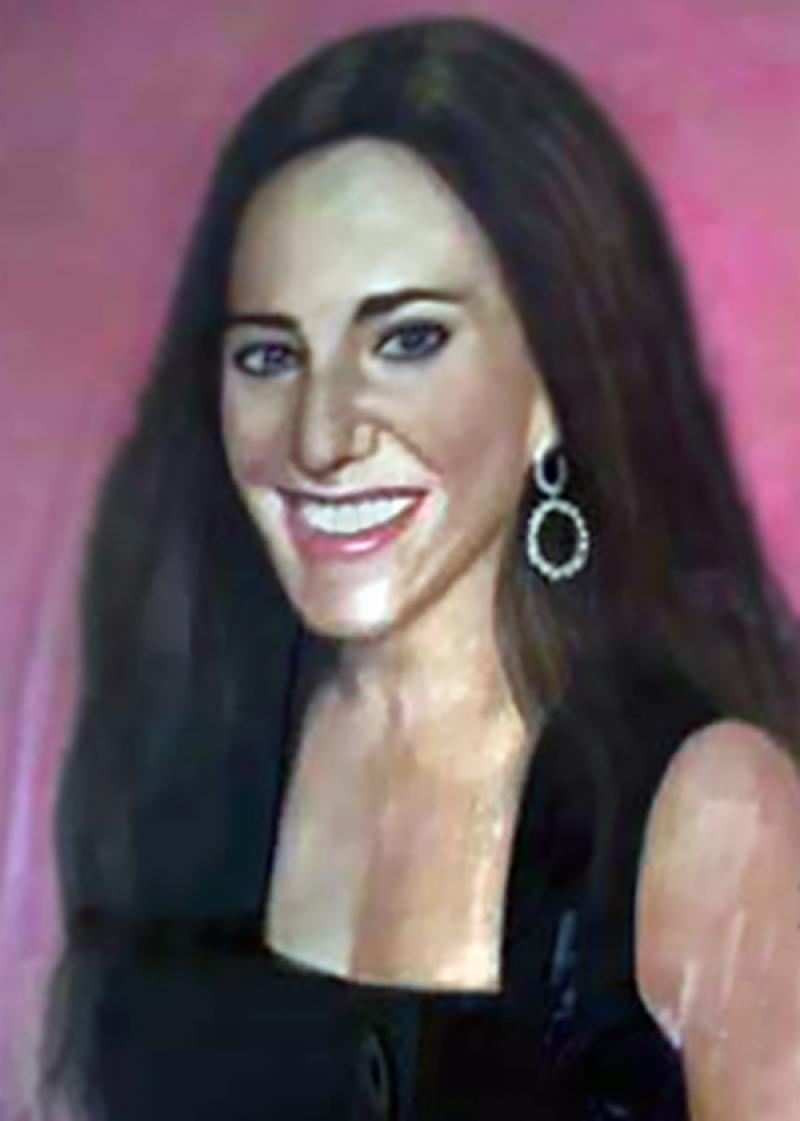 To say that Tara Miller inspired mixed emotions is to begin to understand her life. The strong-willed survivor, who lost her battle to melanoma in 2014, reflected the contradictions that define an indomitable will to live. Miller was both unconventional and devout, fearless in conviction and vulnerable in realism, facing what life threw at her with resolve. Most of all, her passion for life and people led her to savor each moment in time as a new venture.

It was conceivably what 28 year-old Miller would have considered the most exciting time in her life — a JD working as a law clerk for a civil court judge; blazing a path to becoming a top legal expert in New Jersey’s Atlantic County. In the midst of fine-tuning her resume and running to job interviews, she received news that upended that trajectory.

In early July of 2013, Miller was surprised to see her doctor’s number come up on her cell phone. He informed her that recent biopsy results determined she had melanoma. From that day forward, a maelstrom of further biopsies, surgeries, scans, radiation and scores of treatments would transform life, as she knew it.

Determined not to allow cancer to define her, Miller found optimism in every step of the 15-month long, arduous treatment process. Throughout five brain surgeries, two forms of chemotherapy, Gamma Knife and proton beam radiation, she approached each day with renewed hope, trying to make light of circumstances with humor and planned activities.

Miller had a penchant for collecting symbolic trinkets that amused her family and remain scattered about their Longport home. From pink, plastic Buddha’s to pillows with aphorisms, Miller generated moments of joy purchasing distinctive tokens, yielding restored perspective to difficult treatment discussions. Tara’s elder sister Kristi says, no matter how Tara was feeling, she would find ways to cheer others, quite often with unique gifts. As discouraging news unraveled her life day by day, she channeled her thoughts elsewhere to dash adversity.

Refusing to let the disease confine her or her family’s life to a hospital room, Tara arranged travel plans with family and friends, making those around her feel as though there was nothing to fear or doubt.  Pending full brain radiation, Miller told her doctor she planned to attend her cousin’s upcoming bachelorette celebration in Las Vegas one week into treatment. When told she’d likely not feel up to it, she balked saying she wasn’t worried. She’d have the treatment, and then take off for the party.

When accepting an award for courage, Tara explained, “One of the hardest parts about having cancer is that you have no control over it; I cannot control how my body will respond, what my scans show or how to stop the disease from spreading. However, I can control how I choose to deal with these obstacles.”

Despite burns from proton therapy and PD1 side effects, she made plans for lunch outings, met with friends as often as possible and dragged her mother and sisters to home stores and grocery aisles so they would think about things beyond her next treatment. Always straight to the point and perspicuous in her comments, Tara’s adage, “make the best of it” tagged her feelings about dealing with a disease that had overtaken her existence.

Miller quickly became a muse to her family and a community of dedicated supporters she galvanized and engaged with through an online journal. By establishing a Foundation, her objective to support research of effective treatments and ultimately a cure for melanoma became a personal crusade.

At a gathering before 600 at her initial Foundation fundraising event, Tara said, “I have stage IV melanoma. Seventy five percent of the people diagnosed are dead within a year. I’m at 11 months. Though we cannot change what the statistics of melanoma have been, we can choose to make the best of it and help change where they are going.”

Miller’s forward thinking attitude is part of what drew her to research being funded by Melanoma Research Alliance (MRA). After meeting MRA, founder and co-chair, Debra Black through an introduction by her oncologist, Miller was inspirited by what she learned of MRA’s distinctive model for funding research and according to her family, truly felt for the first time a genuine sense of hope for patients like her.

Tara’s twin sister, Lauren, said, “I will never forget Tara saying, when I get better, I’m going to work for MRA.” She says what stood out most in her mind was Debra’s description of MRA’s collaborative funding model, explaining how it’s not about simply writing a check to a hospital, but joining leaders from academia, industry, government and foundations to collectively participate in and share the latest research and developments. The Millers say that what also stood out is 100% of every dollar donated goes directly to research. Hoping to mirror the mission and protocol of MRA, the Millers fund all event costs incurred by fundraising for the family’s Foundation.

The Miller’s conviction of MRA’s mission ultimately led them to fund a Young Investigator Award at $225,000 over a three-year period as part of a Melanoma Research Alliance Team Science Award at Penn Medicine, University of Pennsylvania. The award is one of two the family has supported. The Foundation has additionally advanced melanoma research and patient care at Penn Medicine’s Abramson Cancer Center.

The impact resulting from that team of MRA Young Investigators prompted exploration of novel combinations of radiation and immune checkpoint blockade to combat drug resistance and ultimately improve therapeutic approaches for melanoma patients. It was exactly the kind of research Tara knew was pivotal in inching closer to finding improved treatments.

Loosing her battle with melanoma just six weeks prior to the 30th birthday shared with her twin, Lauren, Tara’s generous spirit continues to abet her family with their intent to advance melanoma research through the Foundation she instituted.

“Supporting researchers is the most significant thing we as a nonprofit can do to honor Tara’s memory,” says her father, George. “Because MRA identifies premier researchers in the field, the impact of funding is magnified and the duplication of efforts is eliminated.”

The Millers say they knew their support would allow dedicated teams of researchers to translate key scientific discoveries into innovative therapies and develop trials that would, in time, change the course of melanoma for patients like Tara.

Speaking to attendees at a fundraiser, Tara maintained that if she had been diagnosed only a couple of years earlier, the treatments keeping her alive would not have been available. “Doctors and researchers are learning more about melanoma every day, and though the treatments I am on today have been game changers in that research, we need a cure.”

Tara’s mom Debbie considers the Foundation to be her daughter’s legacy and says Tara’s story is a heartening reminder of not only how far we have come, but that there is further work to be done.

Learn more about the Miller’s Foundation at: www.TaraMillerFoundation.org