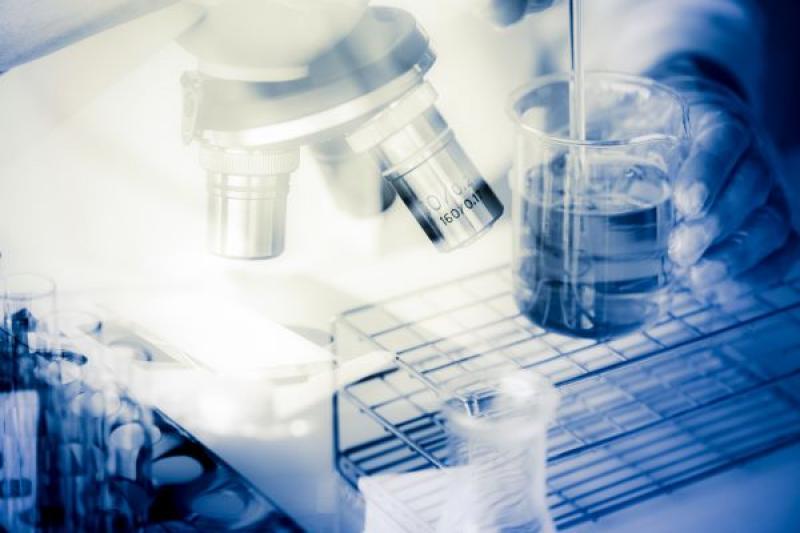 Before 2011, the melanoma treatment arena was in a sustained drought during which patients were only offered a few treatments, and few with advanced stages of the cancer were still alive a year after starting treatment. In stark contrast, over the last decade, there has been a flood of new and highly effective treatments that have become available to patients, as well as a deluge of new promising therapies currently being tested in clinical trials. Taken together, this flood of activity has dramatically changed the melanoma landscape. Today, more than half of patients diagnosed with advanced melanoma and treated with these new therapies are alive five years after diagnosis. “Now we can really have durable disease control akin to a cure,” noted Hussein Tawbi of the University of Texas MD Anderson Cancer Center.

Thanks to clinical trials showing the effectiveness of treatments given to patients with early-stage melanoma, including treatments given before surgery, the chance of achieving a cure is even better, with fewer patients progressing to metastatic disease, added MRA-funded investigator Dr. Jason Luke of the University of Pittsburgh. “It’s a shifting landscape where we are giving treatment at earlier stages of disease,” he said. Combination treatments are also furthering better responses and are now standard of care, and studies are showing how to sequence treatments effectively when optimal results are not initially achieved.

Further shaping the melanoma landscape are two, first-in-class therapies, that recently received FDA approval for the treatment of melanoma. One is the first drug approved specifically for melanoma of the eye (uveal melanoma), which traditionally resists many treatments. The other is a combination of the approved checkpoint immunotherapy, nivolumab, with another drug targeting a different immune checkpoint, called LAG-3 that boosts immune response to tumors. LAG-3 is a completely distinct immune checkpoint than those blocked by existing immunotherapies that target CTLA4 or PD1/PD-L1. And as researchers continue to uncover why about half of all melanoma patients don’t respond to current treatments, they are devising and testing many innovative therapies in thousands of clinical trials for melanoma and other cancer patients. “There are more agents on the horizon that may continue to expand our treatment options,” Luke stressed.

For patients with advanced BRAF mutant melanoma, the question of what treatment to give first — immunotherapy or combination BRAF-/MEK-targeted therapy — has been an open question. However, a new study called DREAMSEQ showed that immunotherapies have outshined targeted therapies as first treatments because they generate more durable responses. Chair of MRA’s Medical Advisory Panel Dr. Michael Atkins, of Georgetown University, reported that “DREAM-SEQ answered definitively that doctors should give immune therapy first rather than targeted therapy in patients with metastatic BRAF melanoma.”

He noted that a lot of patients given targeted therapies first went on to develop brain metastases, but that was rarely observed in patients who received and responded to immunotherapy first. “Most patients with Stage 4 disease probably have undetectable brain metastases at the time we’re starting to treat them, he posited, so the value of immunotherapy first is that it prevents relapse in the brain,” stressed Dr. Atkins.

Encouragingly, combination immunotherapy even works for patients with detectable brain metastases, Dr. Tawbi reported. “Three-year data from another clinical trial show 72% survival for a population of patients [with brain metastases] that a decade ago had less than a 20%, one-year survival so that’s a huge difference,” he said. 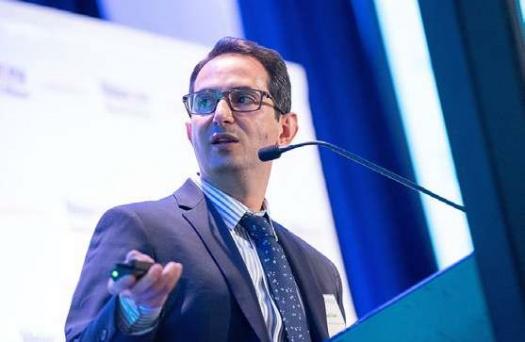 Only about half of patients with melanoma respond to even the latest treatments. So, Dr. Tawbi and others stressed the need for other new treatments and were impressed with those recently approved by the FDA. The new immunotherapy Opdualag — which combines novel immunotherapy relatlimab with PD-1 based nivolumab — significantly boosted progression-free survival compared to patients receiving nivolumab alone. Encouragingly, relatlimab did not substantially add to nivolumab’s serious adverse reaction rate. “The new combinations did not show a lot more toxicity, but did show more benefits so we’re really excited about those results,” said Dr. Tawbi.

MRA-funded investigator Dr. Evan Lipson, of Johns Hopkins University, added that “This is a story that’s just starting to be written,” as there are almost a dozen compounds that target LAG-3 — which relatlimab targets — currently being tested.

MRA-funded investigator Dr. Marlana Orloff, of Thomas Jefferson University, reported on the newly approved drug called tebentafusp (KIMMTRAK), which targets a protein commonly found in uveal melanoma. These melanomas of the eye tend to be resistant to treatment. Initial testing in patients with uveal melanoma treated with multiple therapies before receiving tebentafusp had an impressive one-year survival of 70%. More advanced clinical testing found it nearly doubled one year overall survival compared to checkpoint immunotherapy, making it the new standard of care for patients with metastatic uveal melanoma, according to Dr. Orloff.

But she noted that not all patients with uveal melanoma have the molecular marker needed for the therapy to work. All patients treated with tebentafusp must have the HLA-A*02:01 variant gene, which is found in about 44% of White, 22% of Black, 19% of Asian/Pacific Islander, and 40% of American Indian/Alaskan people. Doctors will test for HLA-A*02:01 before prescribing tebentafusp.

“Tebentafusp has cracked the door open for us in the uveal melanoma world and there are a lot of drugs in clinical trials now showing more promise than there have ever been,” said Dr. Orloff.

She also highlighted the small group of patients in the study who were later treated with checkpoint immunotherapy after receiving tebentafusp. Tebentafusp appeared to resensitize these patients to the immunotherapy and they went on to double their initial response rate. This suggests that clinicians could improve patient response by how they combine and sequence tebentafusp with existing therapies. Another MRA-funded investigator Dr. Bill Harbour, from the University of Texas Southwestern, pointed out that relatlimab also holds promise for patients with uveal melanoma because its target (LAG3) is prominent in uveal melanomas.

Interleukin 2 has been used as a treatment for melanoma since the 1990s as it’s known to stimulate an immune response to tumors. But it can cause so many serious side effects and has such a low response rate compared to current immune therapies that it rarely is used today. So, several people at the MRA Scientific Retreat reported their excitement about new experimental approaches to target interleukin 2 that are in clinical trials.

Also encouraging are clinical trial results of an experimental drug lenvatinib that targets a tumor growth factor pathway. When the drug in combination with pembrolizumab was tested in patients with advanced melanomas previously treated with other therapies, one-fifth of them responded to the innovative combination treatment, Dr. Tawbi noted.

“All of these trials may impact the standard of care over the next two to three years,” says Dr. Luke. “It’s really exciting to see how [better understanding of ] the biology has fed forward into clinical trials that may change treatment options available for patients.” 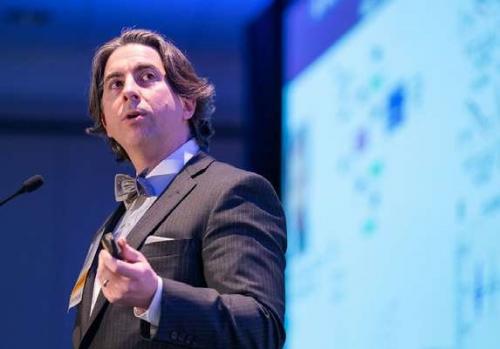 Treating patients with Stage 2 and 3 melanoma with systemic treatments after surgery, what is called adjuvant therapy, is becoming more common, several speakers noted. “Every time we find things that work in the metastatic setting, we want to see if they also will work earlier so we can cure patients before they become metastatic,” stressed Dr. Tawbi. He noted that patients with Stages 3B-D “have metastatic disease in disguise—the metastases are there but you just haven’t found them yet so you really have to do something about it.” It is now standard of care to treat patients with Stage 3 melanoma with the same drugs used to treat those with Stage 4 disease and studies reveal these drugs have similar effectiveness in both groups.

How intensively to treat these patients is still debatable, Dr. Tawbi noted, pointing out a study that found giving combination checkpoint immunotherapy to Stage 3 patients was not more effective than one immunotherapy drug alone. One-quarter of Stage 3 patients do not experience recurrence 10 years after diagnosis even without treatment, thus doctors also need to balance the possible benefits of systemic therapy with the risks of major side effects. So, both Drs. Atkins and Luke stressed the need for molecular markers indicating patients’ likelihood of experiencing side effects as well as markers that can indicate who is likely to benefit from adjuvant treatment — both important areas of future research.

Researchers are also experimentally treating Stage 3 melanoma patients before surgery (called the ‘neoadjuvant’ setting) with encouraging results. Dr. Tawbi was excited to report that when clinicians gave such patients nivolumab with relatlimab before surgery, analysis of their tumor tissue following surgery revealed nearly two-thirds of them had a complete response with little to no major side effects. Studies are underway to determine if this neoadjuvant therapy offers more benefit than adjuvant therapy. However, Dr. Atkins stressed that neoadjuvant treatments have the added advantage of providing earlier signals to show whether treatments are working in patients’ tumors. Dr. Rodabe Amaria of the University of Texas MD Anderson Cancer Center also pointed out neoadjuvant therapy is a highly useful research tool. “I encourage any pharmaceutical company that has a new compound or combinations to invest in a neoadjuvant regimen because you can learn so much—response, safety, biomarkers—with a small investment in a few patients in a short period of time. The research potential with neoadjuvant treatment is unparalleled and should be considered moving forward,” she said.

Dr. Luke concluded his keynote talk by saying, “Melanoma was the cancer that made cancer bad [a decade ago], and now it’s the cancer with perhaps the most therapeutic options than any other cancer out there.”