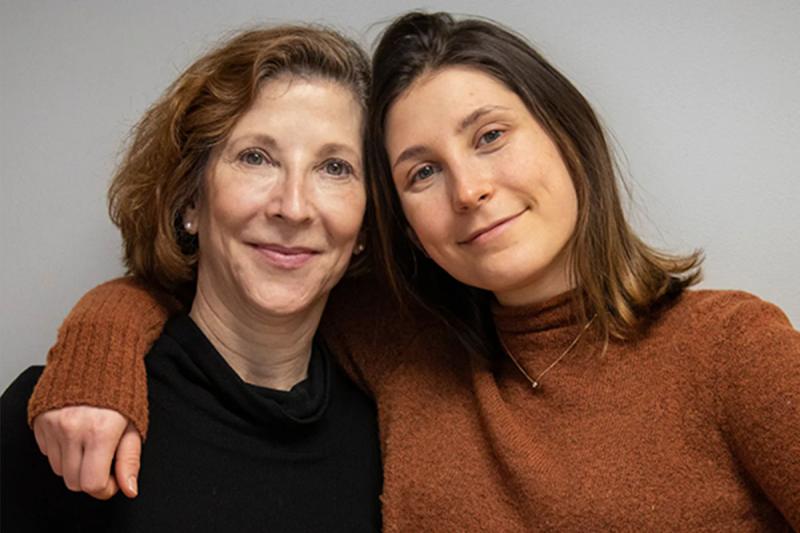 Dr. Beth and Elianna Goldstein aren’t your usual mother-daughter duo. That’s because they are just as comfortable heading to yoga together as they are reviewing quarterly sales projections for their startup, Modern Ritual. The company, launched in 2020, creates simple and effective skin care products and services to protect you from skin cancer.

The concept for Modern Ritual was years in the making. In 2018 Dr. Goldstein, a dermatological surgeon for 30+ years, had become frustrated by the lack of sunscreen options available for her male patients. “I kept seeing more and more patients with skin cancer and it was clear that existing solutions weren’t working.” says Dr. Goldstein. “Men, in particular, had the fewest options available for day-in, day-out protection. I knew that there was an opportunity to develop a significantly better product, one they would look forward to using."

But it wasn’t until Dr. Goldstein’s husband – Elianna’s father – was diagnosed with and treated for skin cancer that the spark for Modern Ritual was truly lit. The duo began to meet every weekend to discuss the venture. “We came up with the idea for a one-step skincare product that had it all – daily, mineral sunscreen with anti-aging, moisturizing, and soothing ingredients that were light weight and would work well on men’s typically oily skin” says Elianna.

By 2020, after testing dozens of possible formulations, they were ready. They’d earned initial funding through a successful crowdfunding campaign and Elianna began working on the company full time. On June 1, 2020 Modern Ritual began to take orders for its first product, The Daily. 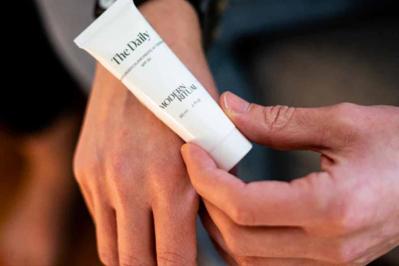 Also, during this period, they held focus groups with over 700 men about their attitudes and behaviors as they relate to skin care and sun safety. Their results, published by the Journal of Drugs in Dermatology in December 2020, found that 83% of participants didn’t use a daily sunscreen and that only less than half used a sunscreen weekly. “From the beginning, education is a core pillar of our company,” says Elianna. “Men just weren’t aware that they were at increased risk of skin cancer. We had to change that.”

The findings from the Goldsteins’ research are not surprising. Rates of – and deaths from – skin cancer have increased dramatically over the last decade among men.1 In fact, skin cancer is the most common cancer diagnosis for men under 49.2 Finally, men over 55 make up the biggest group of people diagnosed with melanoma – the deadliest type of skin cancer – each year in the United States.3 Learn more about melanoma and other types of skin cancer here.

Dr. Goldstein began posting regular videos on Tiktok and Instagram to raise awareness about skin cancer, the importance of sun safety, and other skin care issues. Her videos quickly went viral and have earned millions of views and thousands of followers.

Then, the comments started to roll in. “It became quickly apparent that there was a real need for this sort of education,” says Elianna. “People were asking to send photos of their own spots and moles, or reply saying that the videos encouraged them to see a dermatologist.”

They also heard from people across the country who wanted to see a dermatologist, but were having issues getting an appointment due to the lack of providers in their area or COVID-19 restrictions.

“We kept getting these comments from people who wanted to know if something was – or wasn’t – skin cancer,” says Elianna. “It got us thinking – is there a role for Modern Ritual in making this easier?”

A New Era for Modern Ritual

The duo started to look at ways Modern Ritual could meet the unmet needs of people who wanted to get a spot on their skin looked at, but couldn’t get into a dermatologist either because they were too busy or because appointments were too far away or didn’t exist.

They came up with an at-home skin cancer screening or a ‘spot check’ that used real dermatologists to evaluate images taken with a dermascope (also called a dermatoscope) that connects to a user’s cell phone. Once ordered, a kit would be mailed out from Modern Ritual with all the supplies needed to take high-quality images of the lesion. After uploading the images, a dermatopathologist gives a ranking from 1-4 indicating the risk for cancer, 1 being nothing of concern to 4 meaning you should immediately see a dermatologist for biopsy. The entire process, from ordering the screening kit to getting your results, takes on average 10 days.

“We knew that if we were going to offer something new, it had to be something that we could stand behind with people we trusted,” says Dr. Goldstein. “Right now, that means using a dermascope to capture details beyond what shows up to the naked eye. It’s the same type of technology that dermatologists use to make a preliminary diagnosis.”

And while the results aren’t definitive, because today, they are not taking a biopsy or conducting a pathological examination under a microscope, they are able to give you peace of mind or can give you information to share with a dermatologist and hopefully be seen more quickly.

“By no means does this replace a full-body skin screening by a dermatologist,” says Elianna. “However, there are long waiting lists, with dermatology deserts all across the country. We hope this service will help medical providers see their riskiest patients, sooner,” says Elianna.“