What’s Next in Melanoma Treatment? 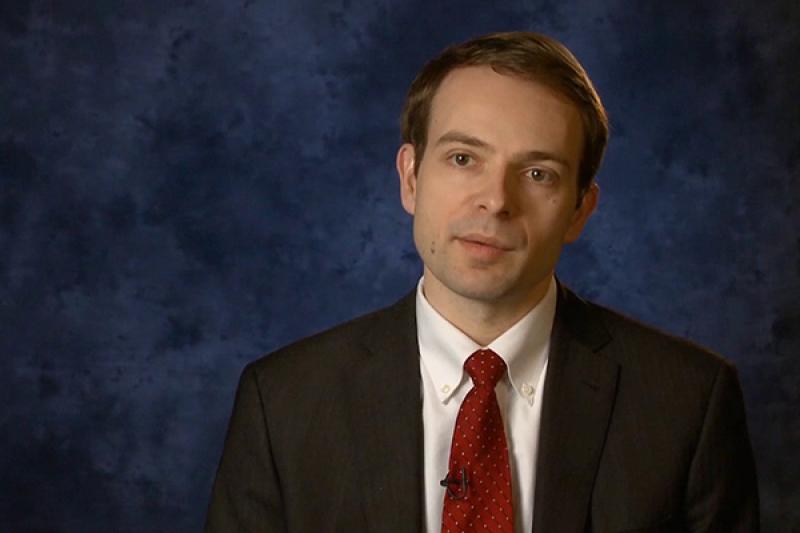 We are at an unprecedented moment in the field of melanoma. Since 2011, 11 new treatments have dramatically expanded the arsenal of FDA-approved treatment options. These advances have substantially improved the three-year survival rates for about half of patients with late-stage melanoma and given all patients hope for the future.

Despite these incredible advances, too many patients still aren’t benefiting from even the most recent advances. In fact, over 9,000 people in the U.S. alone will die due to melanoma this year. Thankfully, researchers are working around the clock on a variety of novel and iterative improvements that will move the needle further and bring us that much closer to a world without melanoma.

While the future of melanoma treatment won’t be unearthed by the answer to a single question, together they will move us towards our common goal of ending death and suffering due to melanoma.

Why don’t some people respond to immunotherapy?

The mantra for immunotherapy is that when it works, it really works. However, we don’t fully understand what makes people more (or less) likely to respond extremely well to these breakthrough treatments. Many researchers think that the secret to predicting how a patient will respond rests in the characteristics of the tumor, the patient’s immune system, and possibly (because results are still rather preliminary), in the patient’s gut microbiome (gut bacteria). Tumor factors, such as the number of mutations present in the cancer cells, are a big response predictor, with more mutated tumors typically being easier to treat. Another predictor is whether T cells, a type of white blood cell, are located in or near the tumor. Tumors with greater numbers of ‘infiltrating’ T cells are more likely to respond to immunotherapy. Finally, researchers aren’t yet sure what specific mechanisms are at play, but they believe that “good” bacteria in our microbiome work to prime the immune system and prepare it to better target and attack cancer.

If we can understand why some people do (or do not) respond to immunotherapy, we can then start to look at how to manipulate these factors in patients to extend the benefits of immunotherapy – and the durable responses it can provide – to more people.

How can we enhance immunotherapy?

Many researchers believe that by combining different drugs into a singular treatment approach, we can boost multiple parts of the immune system simultaneously and dramatically improve the effectiveness of the overall treatment. There are many clinical trials that are investigating this approach with a variety of agents.

One example of this kind of synergy is the FDA-approved immunotherapy combination of ipilimumab and nivolumab. These drugs target two different immune checkpoints, CTLA-4 (targeted by the drug ipilimumab) and PD-1 (targeted by the drugs pembrolizumab and nivolumab). For some patients, this combination produces better outcomes than either agent alone, but there is a distinct increase in severe adverse events. Researchers are working earnestly to identify new targets that could be used to further enhance the immune system’s ability to fight melanoma. Additional targets for immunotherapy also create the opportunity to develop additional combination therapies.

Most immunotherapy side effects are easily managed by medication, but severe adverse reactions are not uncommon. In fact, severe reactions occur in up to 20% of patients with some immunotherapy agents and when these drugs are used in combination, in over 50% (although even severe events typically resolve quickly with proper treatment). With immunotherapies in use in an increasing range of cancers, managing or otherwise mitigating these side effects, which can cause patients to temporarily or permanently stop treatment, is a high priority for future research and is currently being invested in through a unique partnership between MRA and the American Cancer Society. Learn more about this partnership here.

Researchers and clinicians to date have had only moderate success at treating melanoma that has spread to the brain. There is concerted effort to better understand brain metastases and to develop treatments that are able to effectively reach tumors in the brain. There is early evidence that the FDA-approved combination of nivolumab + ipilimumab and other investigational agents are effective in at least some patients. Due to the high number of patients with melanoma who develop brain metastasis – this is a high priority for future research.

How can we overcome limitations in targeted therapy?

About half of all melanoma cells have genetic mutations in the BRAF (pronounced bee-raf) protein. BRAF and MEK, another protein, are molecules that help regulate the way cells grow.

A BRAF mutation triggers cells to develop abnormally and divide out of control. Targeted therapy drugs block the activity of the MEK protein and the mutated BRAF protein. In this way, the drugs slow or stop the growth and spread of melanoma. Almost all metastatic melanoma patients with BRAF mutations see rapid improvement in symptoms and tumor shrinkage. Targeted therapies also carry fewer serious side effects than immunotherapies. The problem is that most patients will develop some type of resistance, meaning that over time melanoma can short circuit the medication and grow despite it. For most patients, acquired resistance develops in about nine to twelve months.

Researchers are actively working to create targeted therapies that last longer and work for more patients. One way researchers have found success is by combining a BRAF inhibitor with a MEK inhibitor – such as the FDA-approved dabrafenib + mekinist or vemurafenib + cobimetinib. The combined therapy works better, for longer, and with fewer serious side effects than either drug on its own. Researchers are working to find additional targets in order to create new combinations. Key to doing this is finding additional mutations that future drugs can be aimed at. Drugs targeting mutations in the NRAS protein are an important area being studied in clinical trials. Researchers are also examining if intermittent dosing – one week on and one week off (or some other schedule) – is effective at stopping or at least slowing targeted therapy resistance.

While Dr. Johnson framed his presentation with three key questions that clinicians and researchers alike are working towards answering, no one answer to any of these questions will move us into the future of melanoma treatment by itself. Instead, the future of melanoma treatment will be discovered by continually building on previous discoveries – just like standing on the shoulders of giants.

“Metastatic melanoma was previously a field without any effective treatment options,” said Dr. Johnson. “Through a concerted effort to understand the biology of cancer and the immune system, we now have numerous effective treatments. Continued partnerships between scientists and clinicians are necessary to move the bar higher and cure more patients.”