To the Twilight Zone & Back – Ian Schuman’s Story 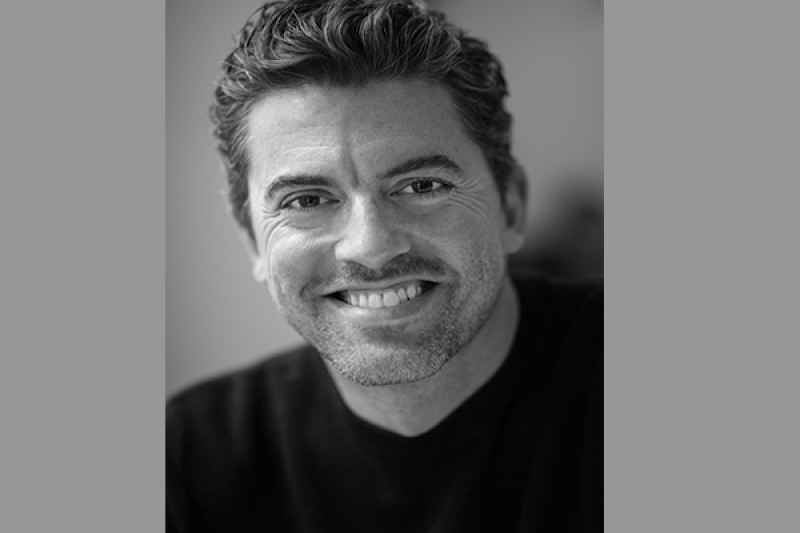 For Ian Schuman, the news of his melanoma diagnosis came as a shock. For him, it all started in the spring of 2018 when he noticed a small lump on his left collar bone. As part of preliminary testing before the surgery to remove it, he also had a biopsy.

The results: melanoma of no primary origin. This means the lump on his collar bone was melanoma, but doctors could not find the tell-tale mole that was the primary melanoma.

“When I got the call from my dermatologist, I was in disbelief. I didn’t know what to do or who to tell; the panic was a bit overwhelming,” says Ian.

Thankfully, he was quickly connected to surgical oncologist Dr. Richard Shapiro at New York University. Ian underwent additional scans to understand the extent of his melanoma. The results weren’t encouraging.

“Melanoma had spread to virtually all major organs – I had metastases on my liver, lungs, kidney, spine, and on my brain,” says Ian. “Even though I was warned not to, I started to do my research on melanoma survival statistics, I thought that my life was over.”

Ian’s care was transferred to Dr. Jeff Weber, medical oncologist at NYU and member of the MRA Grant Review Committee and Medical Advisory Panel, who offered Ian something he didn’t expect, hope.

“It felt like the twilight zone. I thought that I was there to learn how bad it was going to get before I died, and instead, he said that my melanoma was treatable, and I had a real shot,” recalls Ian. “I remember asking him, ‘what do you mean this can be treated?”

Ian and Dr. Weber discussed various treatment options for his Stage 4, BRAF+ melanoma. Ultimately, due to how far the tumors had already spread and Ian’s desire to be aggressive with his treatment, the pair decided to move forward with combination immunotherapy, ipilimumab + nivolumab.

The combination immunotherapy, approved by the FDA in 2015, brings together ipilimumab – a CTLA-4 inhibitor – with nivolumab – a PD-1 inhibitor – to create a synergistic effect on the immune system. In clinical studies, the combination has consistently shown to be more effective than either drug on its own at the cost of significantly higher side effects.

Days after he received the first infusion of his new combination therapy, he got a sign. Dr. James Allison and Dr. Tasuku Honjo were awarded the 2018 Nobel Prize in Medicine or Physiology in recognition for their work discovering CTLA-4 and PD-1, respectively, and for establishing an entirely new class of cancer therapies.

“Again, it just felt like an episode of the Twilight Zone. There is usually no reason [for a person] to be deeply involved in cancer research until you need to be [when you or a family member are affected], and here was this huge validation of this line of research exactly when I needed it. It gave me confidence in my treatment plan.”

Three weeks into the protocol, Ian noticed that the lump on his collar bone – which had now grown to the size of an egg – had started to move a bit. He tried not to be hopeful, but it felt promising.

In addition, his eyelashes and beard started to turn white – what doctors call vitiligo. While the causes of vitiligo aren’t well known, it has been associated with improved outcomes for patients with melanoma who are being treated with checkpoint immunotherapy.1

When Dr. Weber noticed, he was thrilled. He explained that vitiligo, while generally not a welcome sign, is an indicator that the immune system is being revved up into high gear.

Fortunately for Ian, he was among the very small group of patients who never experienced serious adverse events related to combination immunotherapy. “It didn’t feel real. I had Stage 4 melanoma, which really should have been a death sentence. And yet, I haven’t missed a day of work and am still working out every day,” says Ian.

Ian’s first scan post-diagnosis, an MRI of his brain, was ordered approximately six weeks after starting treatment. Unfortunately, the MRI did not bring good news, as it revealed two new brain mets that had developed since his initial scans. Ian’s treatment team decided to treat these with Gamma Knife Radio Surgery.

Gamma Knife, a specific type of stereotactic radiosurgery, uses highly focused bursts of radiation that is delivered directly to tumors using a computer. Through this approach, doctors can apply large doses of radiation to the tumor while reducing damage to healthy tissue. It has proven to work well alongside systemic immunotherapy.

“It’s a scary process, but quick and painless,” says Ian.

About this time Ian started to come to terms with what he faced. This acceptance – that his nearly perfect life had been thrown an epic curveball – made it easier to put one foot in front of the other and to do what was necessary.

“At the core of all of us we have this deep down resilience, maybe a core of fortitude, that you don’t know you have until you have no choice but to rely on it,” says Ian. “I do believe that this inner fortitude would be there for anyone.”

In December, Ian would get his first round of follow-up full body scans.  Luckily, those scans showed that all his tumors were now stable or shrinking – great news! After completing four rounds of the combination therapy, Ian would now receive monthly infusions of just nivolumab.

Fast forward to March 2020, Ian is still receiving nivolumab monotherapy. His disease continues to be detectible, but stable – with several small mets on his liver and lungs.

“We really aren’t sure what’s going on there. We aren’t sure if these ‘mets’ are active cancer or some fibrous mass,” says Ian. “We could do exploratory surgery and biopsy each of them, but that isn’t practical.”

Today, Ian isn’t sure if he should continue his maintenance nivolumab each month or consider discontinuing his therapy altogether – a question with no simple answer due to the relative newness of immunotherapy. Read more about this here.

So Ian keeps focused on what he can control, living a healthy lifestyle, focusing on his career, and tapping into the broader melanoma community.

“I feel so fortunate that I’ve been given a second chance. To me, this is all just mind-blowing,” says Ian. “I know that everyone doesn’t have the same experience that I did – but I’ve been able to maintain a high quality of life while treating melanoma.”

In late February, Ian had the opportunity to attend MRA’s Annual Scientific Retreat of 300 melanoma researchers and clinicians from across the world and its patient and family-focused  Melanoma > Exchange Forum in late February.

“I’ve been attending the Leveraged Finance Fights Melanoma event for years and knew the basics of melanoma prevention and detection, but had no true sense about MRA’s role in the community. Meeting some of the most respected and leading scientists in melanoma and hearing them speak – the creativity and the passion that they bring to their work – it was an out of body experience for me,” says Ian. “If you or someone you love has melanoma know that there is a group of people who are dedicating their lives to making this better.”