What’s Next for the Microbiome in Melanoma? 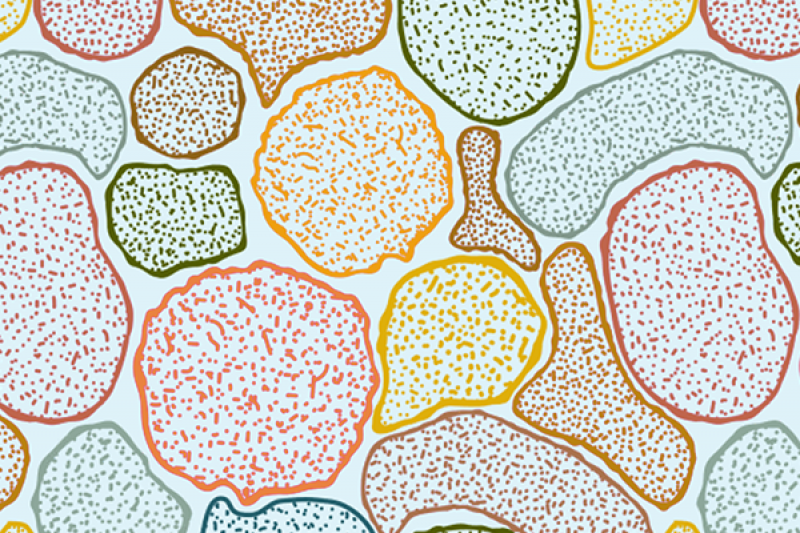 Our bodies are teaming with microbes. Our bodies are home to billions and billions of bacteria, fungi, and viruses, with the greatest concentration in our guts. They help us digest and extract nutrition from food, educate our immune systems, and according to recent data, impact our response to immunotherapy. Following up on seminal studies in mice, funded in part by Melanoma Research Alliance, three studies in 2018 provided early, but compelling, evidence that suggests the composition of the intestinal microbiome impacts outcomes of melanoma, non-small cell lung cancer, renal cell carcinoma, and urothelial carcinoma patients treated with immunotherapy. In the two studies focused specifically on melanoma, the researchers identified specific groups of bacteria that were found in higher quantities in patients that responded to anti-PD1 therapy such as nivolumab or pembrolizumab and other groups of bacteria that were elevated in patients who did not respond.

The microbiome is not the only factor that influences responses to anti-PD1 therapy – scientists have found that things like the number of tumor mutations, the amount of PDL1 expressed, and the amount of total tumor, can influence responsiveness to therapy. Despite this, the 2018 studies imply that changing the gut microbiome may be a viable way to increase the likelihood that patients will respond to immunotherapy. But how can that be done?

A Lesson from Infectious Disease:

Cancer is not the only disease affected by the gut microbiome. One of the most astonishing examples of the power of the microbiome comes from infectious disease. Clostridium difficile is a potentially deadly bacteria that can take up residence in the guts of people treated with antibiotics. Normally the microbiome prevents colonization by C. difficile, but antibiotics can cause widespread changes that allow C. difficileto grow and cause inflammation and accompanying diarrhea. Antibiotics are also used to treat C. difficile, but about 20% of infections are antibiotic-resistant. For people infected with antibiotic-resistant strains, the infection can be deadly.

Because disrupting the microbiome allowed C. difficileto flourish, researchers sought to test whether providing infected patients with a healthy microbiome might loosen the deadly bacteria’s hold. But how can this be done? Because researchers do not yet know all the species necessary to make a healthy microbiome, they decided to test whether transferring the microbiome from a healthy volunteer to someone with C. difficilewould cure the infection. This is called a fecal microbiome transplant (FMT) and involves purifying the bacteria from donor stool and transplanting it into the colon of the patient. This can occur through multiple routes of administration – colonoscopy, tubes that enter through the nose and reach the stomach, or capsules.

Randomized, controlled clinical trials have demonstrated that 80-90% of infections caused by antibiotic-resistant C. difficile can be cured by FMT. Scientists do not fully understand how it works, and there are certainly risks involved since infectious agents can be spread through the stool, but these studies demonstrated FMTs can provide a lifeline to patients with limited to no other options.

Multiple Paths to Manipulating the Microbiome in Cancer Patients

Researchers are currently taking a variety of approaches, including using FMTs, to test whether it is possible to improve responsiveness to immunotherapies like anti-PD1 by altering the microbiome. Besides the promising results from patients with C. difficile, studies in mouse models of melanoma support this approach. FMT from anti-PD1 therapy responders into tumor-bearing mice improved their responses to therapy. In contrast, tumors in mice that received FMTs from non-responder donors did not respond to anti-PD1 treatment.

According to clinicaltrials.gov, at least three clinical trials are testing FMTs in metastatic melanoma patients who have previously failed immunotherapy. One question researchers are grappling with is who should be the donor? The different studies identified different groups of bacteria found to be helpful, making this question challenging to answer. Two studies are using samples from patients who have responded to immune checkpoint therapy whereas one study is using healthy donors selected using a stringent protocol approved by Health Canada.

Another approach being tested in multiple trials is giving more defined groups of bacteria, or a single species – similar to a probiotic – to patients on immune checkpoint blockade with the hopes of improving their response to therapy. One trial like this at the University of Chicago, in collaboration with Merck Sharp & Dohme Corp. and Evelo Biosciences, is giving patients on pembrolizumab a single Bifidobacterium species, which is from the group of bacteria MRA-funded investigator Thomas Gajewski identified as enriched in the stools of anti-PD1 therapy responders. – Learn more about this study here.

A similar trial now open at MD Anderson Cancer Center and The Angeles Clinic, in collaboration with the Parker Institute for Cancer Immunotherapy and Seres Therapeutics, Inc., is testing whether altering the gut microbiome can change how patients respond to PD1-based immunotherapies. In one arm, they are testing a SER-401 oral therapy that contains a several bacteria associated with improved response, as shown in prior research by MRA-funded researcher Dr. Jennifer Wargo.  – Learn more about this study here.

The Role of Diet on Changing the Microbiome:

Finally, researchers at MD Anderson Cancer Center are also testing whether changes in diet could enhance patients’ response to immunotherapy. The composition of a person’s microbiome is heavily influenced by diet and multiple studies have demonstrated that changing one’s diet can alter the microbiome within days. In research funded by MRA, the MD Anderson team has demonstrated that high fiber intake appears to boost the chances of patients responding to anti-PD1 therapy. In fact, patients who reported eating a high-fiber diet were five times more likely to respond to anti-PD1 therapy. Another interesting finding from this study was that patients who reported taking over-the-counter probiotics were found to be 70% less likely to respond to anti-PD-1 immunotherapy. To test the impact of diet on the checkpoint efficacy, a team led by MRA-funded investigator Dr. Jennifer McQuade will provide patients on anti-PD1 immunotherapy with a diet designed to promote a microbiome similar in composition to responders. To ensure patients strictly adhere to the diet, all food will be provided by the MD Anderson research kitchen. A pilot will begin recruiting in April and a larger study will start in the fall of 2019.

Although it is still early days, together, these trials should soon give us a better picture of how important the composition of the microbiome is for responding to immunotherapy and how to turn an unfavorable microbiome into one that would help the immune system kill tumors. Whether that will be a change in diet, a probiotic-like pill, a FMT, or something else remains to be determined.