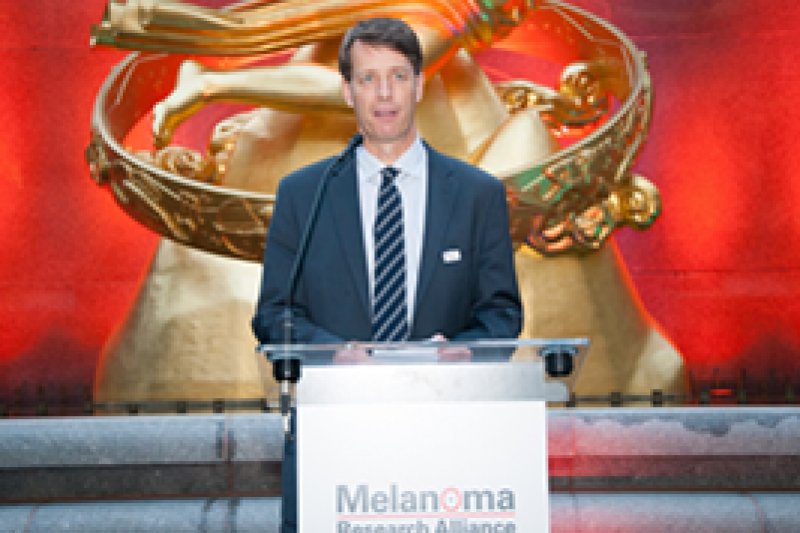 For Derrick, it all started with headaches. For the first time in his life, this otherwise perfectly healthy father of two, knew something was wrong. The doctor did tests but couldn’t find anything to explain these debilitating headaches.

On May 5th, 2016 Derrick was waiting patiently for the results of his MRI. A woman with a long white lab coat asked him to sit down and gave him the news that would forever change his life. His scans showed three tumors had invaded his brain, one as large as a clementine.

“It was an out of body experience,” says Derrick. “It just couldn’t be me that they were talking about.”

The doctor calmly explained that she couldn’t let him leave the hospital. That he needed immediate surgery.

A week later, he was on a gurney being pushed to the operating room. Staring straight up at the ceiling, he remembers watching the lights flickering past. “I asked myself, would I wake up and see those lights again?”

After a successful surgery, he lay in his room recovering when his doctor entered the room. “We had a chance to examine your tumor,” his doctor said. “As we suspected, it is cancer.”

He immediately felt a huge weight fall on his shoulders. All he could do was cry. He knew nothing of cancer. Why should he? He’d always been so healthy and no one in his family had ever had it before. Just like that, everything changed.

He felt like he was just given a death sentence. He immediately thought of his two children, at the time 12 and 14 years old; what did he need to teach them before he died? How could he consolidate his financial affairs for his wife of over 20 years?

Derrick was diagnosed with Stage IV melanoma. The cancer had invaded his brain and lungs –his prognosis was dire.

Brain metastases (mets) are a frequent and often deadly problem in patients with advanced melanoma. Nearly 40% of patients with metastatic melanoma have brain mets at diagnosis, with an average survival of only 4 months, suggesting a crucial need for treatments that can rid the brain of these tumors.1,2(Read more about MRA-funded research into how best to treat brain mets here).

For Derrick the news was overwhelming, but he wasn’t ready to give up. He googled thought leaders in melanoma treatment and reached out to his network for advice. He connected with MRA board member and Leveraged Finance Fights Melanoma cofounder Jeff Rowbottom – a melanoma survivor who he knew from friends. Jeff connected him with MRA and gave him critical insight, and more importantly hope. [They] “saved me a lot of heavy lifting and time at a point in my life when time was critical,” says Derrick.

Derrick knew he needed doctors who specialized in treating patients like him, and he chose Memorial Sloan Kettering doctors Paul Chapman, a medical oncologist and member of the MRA Grant Review and Medical Advisory Committees, and Kathryn Beal, a radiation oncologist.

The duo suggested a one-two punch combination of pembrolizumab (Keytruda) to attack the melanoma in his body and stereotactic radiosurgery to shrink the cancer in his brain. Pembrolizumab, a type of immunotherapy, would stimulate his immune system to recognize and attack the cancer while targeted bursts of radiation would be delivered directly to the tumors in his head by a computer, reducing the damage to healthy tissue.

In a study of 21 patients treated with this combination, over 70% of patients experienced a partial or complete response. This response rate is much higher than what could be achieved with pembrolizumab or stereotactic radiosurgery alone.3

“With this new combination treatment, about 20 percent of these patients appear to be completely cured, although further long-term follow-up is required,” Dr. Beal says.

Derrick was one of the lucky complete responders.

Today, Derrick has a new outlook on life, approaching it with more appreciation and respect. “I realized how incredibly special and valuable [life] is,” says Derrick. “How short – how surprisingly short it could be.”

He’s committed to making his second chance at life more intentional. He spends more time with the friends and family who matter to him and he no longer takes little things, like taking his kids to school, for granted.

Another way that Derrick has chosen to be more intentional is by giving back. “I want to help in any way I can. I want to do what other people have done for me,” says Derrick.

One way that Derrick is giving back is by sharing his experience and advocating for a cure for melanoma. At the 2018 Leveraged Finance Fights Melanoma event, held in May at Rockefeller Center’s summer garden, Derrick spoke to a crowd of over 1,000 professionals from the leveraged finance, private equity, and investment communities. He told the crowd he was one of the lucky survivors but that too many people weren’t as lucky as him. The event raised over $2 million dollars for MRA’s global research programs – a new record. 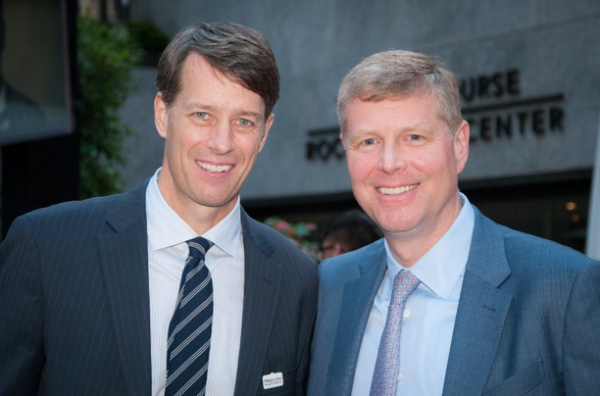 “I feel a little bit like Jimmy Stewart in It’s a Wonderful Life, like I got a second chance.”

When Derrick describes his journey with melanoma, it is hard not to be moved. He doesn’t just describe the medications he took and the side effects he experienced – the overwhelming theme throughout his story is one of gratitude. Gratitude for his doctors who treated him, the researchers who developed his therapies, and his friends and family who stood by him and gave him strength.

Derrick is also deeply thankful for the people who came before him — who danced with the beast called melanoma without the benefit of immunotherapy or other modern advances: “I'm really lucky. There are many people who fought the battle before me and so many didn't have the tools that I had. These people left a trail for me to follow - so I could make my way - and get through this.”