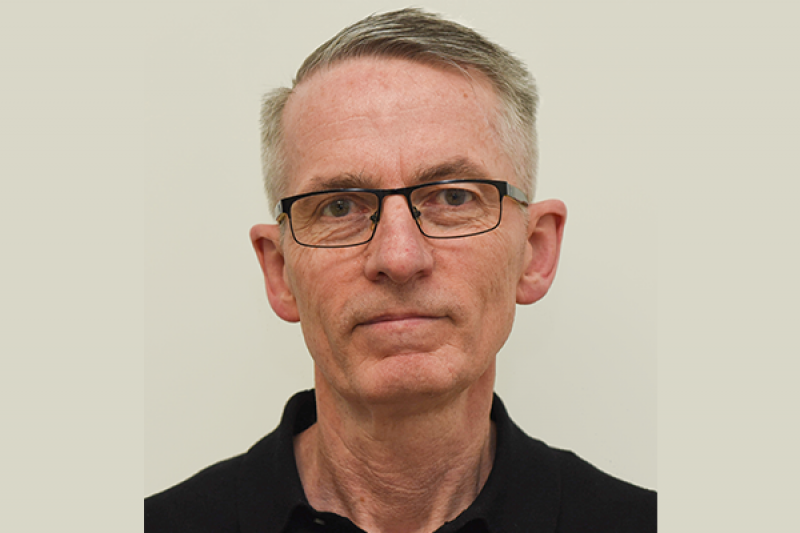 During the summer he visited his father in New Zealand for the last time, a mole on Jonathan Gullery’s neck and shoulder continued to grow. When he saw his doctor upon his return stateside, he was immediately sent to see Dr. Bret Taback, Director of Melanoma and Sarcoma Surgery at Columbia University Department of Surgery.

“He said, ‘It doesn’t look good. We’re taking that out,’” recalls Jonathan.

This was a challenging time for Jonathan and his family, as his wife had recently been diagnosed with breast cancer. “We looked at each other and there was this odd moment of resignation. We felt like, well, we’re in our early 60s and if this is it, our kids are adults, we’ve had a good run and that’s our course.”

Jonathan and his wife eventually broke the news to their three children. “You get that call,” says Jonathan, “and you need to put it somewhere… It is a little different for our daughter because my wife had breast cancer. Overall, I think they were freaked out.”

The mole was surgically removed and biopsied as was something suspicious on Jonathan’s face. Unable to get a thorough read, lymph nodes under that mole were also removed. And that’s when the news came in: Stage 3 melanoma.

Besides the surgery that Jonathan had already undergone, no other treatment was recommended for him at the time besides being more mindful to cover up in the sun.

Fast-forward two years later and Jonathan was back for surgery, this time for a lump on his neck. And once again, the diagnosis was melanoma. This time, however, one thingwas different: “I had happened to be at the right place at the right time,” says Jonathan. He was immediately sent upstairs and saw Dr. Yvonne Saenger, Director of Melanoma Immunotherapy at NYP/Columbia and a Melanoma Research Alliance (MRA)-funded investigator.

By the time Jonathan left NYP/Columbia that day, he received a recommendation to join a clinical trial. The trial was three-pronged, comparing pembrolizumab, ipilimumab, and interferon. Jonathan was computer-assigned to the pembrolizumab arm. Pembrolizumab (Keytruda®) is a type of immunotherapy and an effective systemic treatment for cancer that reaches all parts of the body through the bloodstream to activate the body’s immune system to fight cancer cells that have metastasized or spread from the original tumor area as well as help shrink tumors in patients with advanced melanoma.

“When I started down this path, I knew about clinical trials but nothing had been open for me. Now, even though I’d had a second round of surgery, I thought ‘Oh great,’ because this is something I can do, which was a much better place than after the first time,” says Jonathan.

During every appointment throughout the year-long trial at the infusion center where multiple trials were in progress, Jonathan noticed so many people who looked much sicker than he did. “I couldn’t help feeling a bit guilty. Besides some annoying side-effects, I felt pretty good, and others were so obviously suffering.”

Today, both Jonathan and his wife, who received positive results after her lumpectomy, are doing well. He admits, however, that every bump and cough does make him wonder. It’s a feeling that despite Jonathan’s can-do attitude, he suspects likely never goes away.

Jonathan has always been healthful but now goes out of his way to eat a healthy diet and go the extra mile—or flight. In fact, Jonathan climbs approximately 50-60 flights of stairs every day in the high-rise building he works in.

“This has given me a more positive outlook on life,” he says. “I’m more mindful now. I get out there. I live.”

After the trial, Jonathan asked his doctor, “How do I describe myself?” The answer? “You’re officially cancer free.”